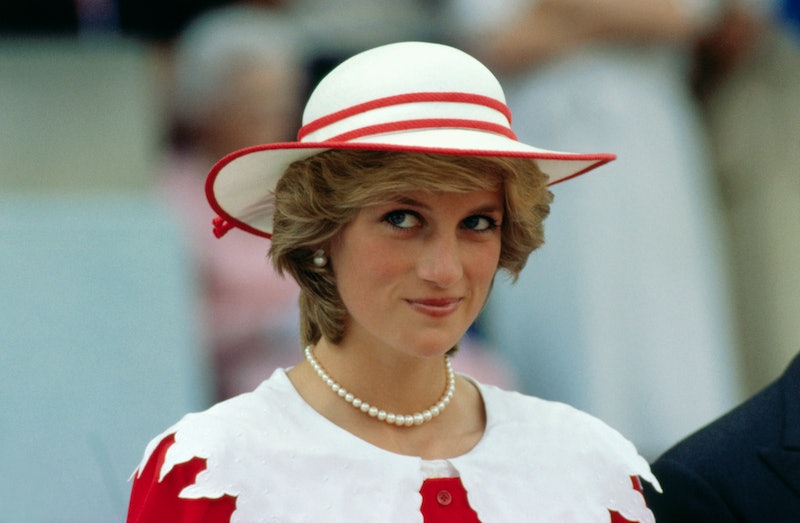 When asked which of Lady Diana's clothing items were most prophetic trend-wise, royals fans might immediately think of her Lady Dior bag, or even her chunky sneakers. While the Princess of Wales did have a known knack for footwear, her arsenal of fall boots often gets overlooked — which is surprising considering it's spilling with styles that are still relevant today. Across Princess Diana's collection, there's five major boot trends that have stuck around; and brands like By Far, Khaite, and Brother Vellies are creating versions that Princess Diana would totally have worn in 2020.

That said, Diana's boot selection knew no limits. Her go-to's ran the gamut from polished to sporty, with Western riding boots and cherry red leather styles rotated in equal measure. She was a known fan of British footwear brand Hunter's rain boots — and was even rumored to be wearing them the moment she and Prince Charles got engaged. Between pairs in versatile neutral shades and boots in eye-burning colors, there's tons to parse through — and, concurrently, glean styling inspiration from. So, scroll below for the top five trends that Lady D would wear today, along with scores of iterations you can pick up right now:

Rain boots are making a comeback in 2020 with cult favorites from Prada and Chloé steadily surging in popularity. If you weren't already aware, Lady Diana wore them long before today's fashion plates would develop a penchant for them. See below for her exact boots, which are still available (and widely popular) today — or, for something slightly more trend-forward, Bottega Veneta's puddle boots are a great contemporary version:

It's taken years for urban beau monde to come around to the cowboy boot trend — which Diana helped influence with her scores of powerful Western boot moments. Her pair above features woven strips of leather in varying textures and prints, which suggests that she'd take a liking to Brother Vellies' equally-maximalist cowboy boots.

Slouchy boots are the best way to bring a casual feel to any dressed-up outfit — which is why Diana called on them across dozens of on-duty looks over the years. Here, hers closely rival Paris Texas' slouchy boots, save for its snakeskin-printed heel. For something with French girl sensibility, try ba&sh's wedge-heeled version.

Slick red hues are making a return this season, courtesy of the Fall 2020 runways' primary color trend. Diana would style her knee-high pair with a tonally-synced clutch, so shopping together for a matching bag is encouraged. For example, By Far offers scores of shoulder bags that match its bordeaux-hued Stevie boot, both of which Diana would undoubtably call on today.

In step with this fall's '90s-era latex trend (courtesy of Saint Laurent), glossy patent leathers are also back, which were a Princess Diana favorite. Khaite's new Sedona boots stretch over the knee for an impactful look that's easy to wear with dresses like Diana's — or, go for an ankle-cropped silhouette like Anothersoles' or Havva Mustafa's.