She loves this ‘70s-inspired style now. 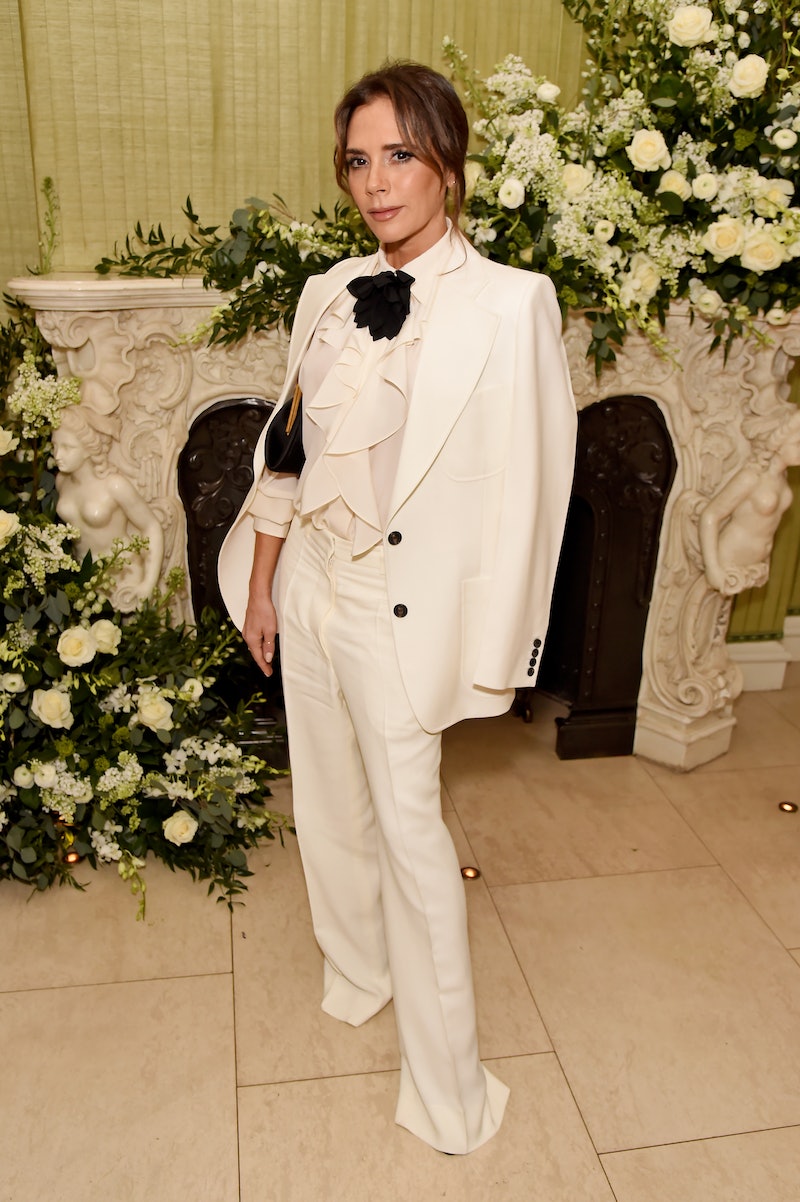 Just as fashion trend forecasters predicted, the style for spring reflects a case of 1970s-influenced disco fever. Psychedelic prints of swirling checkerboard and colorful paisley designs have popped up on your Instagram Feed while celebrities are accessorizing with retro, yellow-tinted sunglasses. Now, even trendsetter Victoria Beckham herself has integrated flared pants into her outfit rotations. The pop-star-turned-fashion-designer stepped out in the wide-leg silhouette not once, but twice already this week. Through clever styling choices and neutral color palettes, Beckham showed that ‘70s-inspired fashion can feel fresh and totally posh.

On May 24, Beckham wore a pair of medium-wash bell-bottom jeans while strolling around New York City. With her retro-boho bottoms, she wore a crisp white blazer and a similarly hued ruffled blouse — both of which were from the star’s eponymous fashion line Victoria Beckham. As for accessories, she relied on a statement pair of large black sunnies and a tan Hermès Birkin bag. Her platform heels, which were mostly hidden by the flare in her jeans, were a similar caramel shade to the Birkin she carried. Thanks to Beckham’s reliance on ivory and light brown, her pants were a clear nod to the ongoing ‘70s style phenomenon, but her look remained true to her penchant for pared-back fashion. Plus, her choice of flare denim bottoms in lieu of skinny jeans all but confirmed the skin-tight style is no longer a go-to amongst fashionistas. (Both Jennifer Garner and Katie Holmes have already bid adieu to their pairs of skinnies.)

For Beckham's second flared look, she opted for a more tailored ensemble when grabbing dinner with her husband David Beckham on May 25. She wore a three-piece dark suit, which included a plunging vest, a sleek blazer, and a pair of wide-leg, split hem trousers. Once again, she wore a pair of oversized black sunglasses and chose an elevated shoe with a towering heel. In addition to serving as an ode to a power-suit moment, her ensemble offered yet another cool way to wear the wide-leg look.

Now that you’re armed with two totally different ways to wear flare pants, you might be ready to give this a spin the next time you’re out with friends. Scroll ahead to find some TZR-approved wide-leg styles. Some of the selected bottoms are just as sleek as Beckham’s bell-bottom jeans and split hem trousers, whereas others, like House Of Sunny’s Paradis Party Pants, turn the funky dial up to a ‘70s disco celebration.