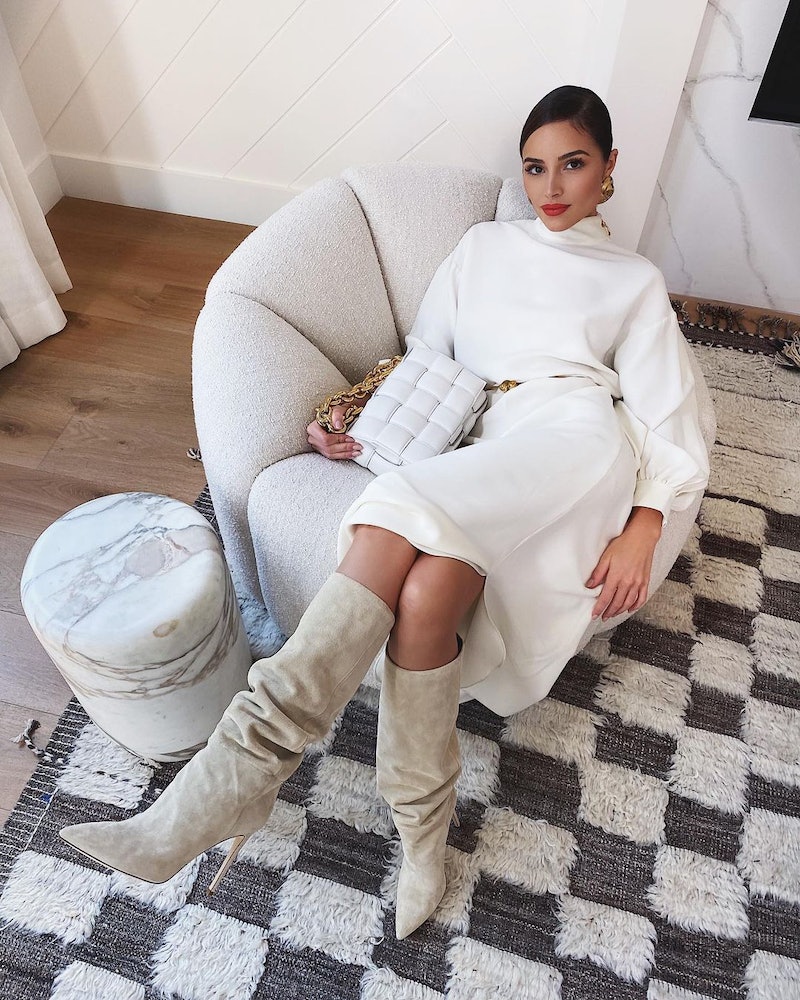 When you look inside any celebrity’s home, you pretty much expect everything you see to be pricey. Stars’ houses, clothing, and cars tend to be wildly expensive — why would their furniture be any different? Yet despite that assumption, it can still be shocking to actually learn the true value of many of their possessions — especially if it’s something you fall in love with at first glance. Such may be the case with Olivia Culpo’s green coffee table, which the model showed off in a recent Instagram story. Because while it’s practically guaranteed to steal your heart, the beautifully designed piece comes with a jaw-dropping price.

The item in question appears to be the Morro Coffee Table, a solid Coulmier Limestone piece that hails from designer Kelly Wearstler’s shop. As for its price? A cool $15,680. Yeah, it’s a lot, though unsurprising considering the average price of Wearstler’s highly sought-after products. And while the designer’s items are certainly high quality, that doesn’t make them — or this table — any more attainable for those whose furniture budget doesn’t stretch into the tens of thousands.

Luckily, though, there are several similar versions of Culpo’s prized coffee table that run at a much lower price. No, they’re not made of solid limestone and they won’t give you the exact same aesthetic, but they do come close in terms of design. The Sonali Round Coffee Table at Anthropologie, for instance, features the same three-sphere base and rings in at a much lower $1,398. And if you’re just looking for something slightly similar, there are plenty of options in that vein, such as Urban Outfitters’ round wooden Stratford Coffee Table at just $329.

Culpo’s recent living room addition is a major splurge, but that doesn’t mean you can’t copy the look in your own home. So if you’re obsessed with the piece and want to recreate its look in a more affordable way, continue scrolling for nine less expensive alternatives, ahead.