And that’s how you do it, everyone. 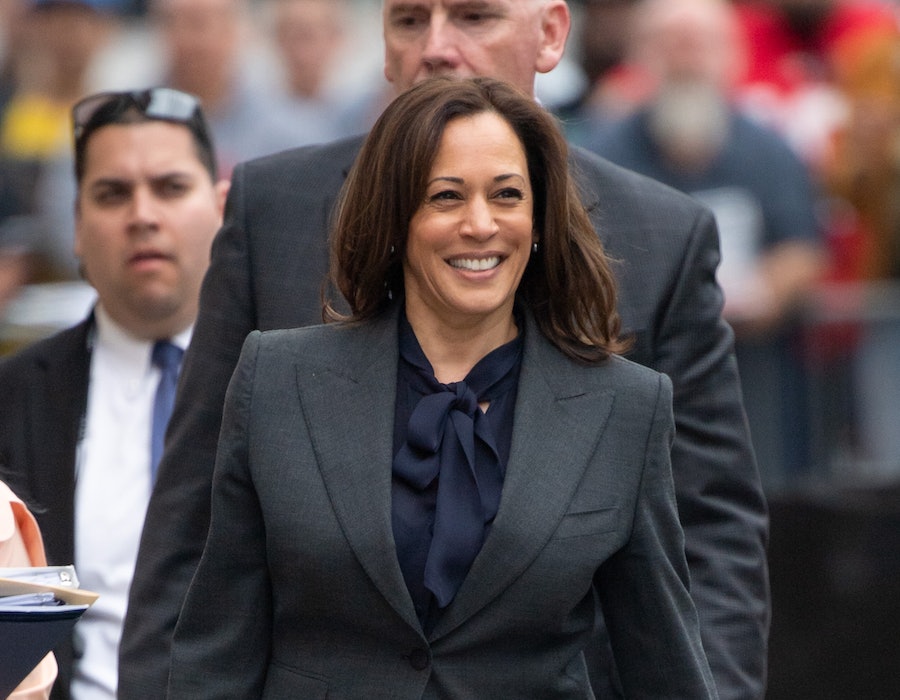 Vice President Kamala Harris continues to make history, and last night was no exception. On Wednesday, Harris and House Speaker Nancy Pelosi became the first women to ever sit behind a president during an address to a joint session of Congress. President Joe Biden singled out this moment while on air and said: "Madam speaker, Madam vice president. No president has ever said those words from this podium. No president has ever said those words, and it's about time." For the meeting, Harris wore a custom crepe cream Prabal Gurung pantsuit with an ivory silk charmeuse camisole from the Nepali-American designer label. "Yes to matriarchal power. Madame VP in PG," said Gurung on his Instagram Stories. He also wrote in a special Instagram post: "I am so honored to be part of this historical moment and am humbled by the visibility and re-energized in my mission to advocate for representation and create better paths for the future.” The congressional meeting came shy of the 100th day of the Biden administration being in office.

Gurung, born in Singapore and raised in Nepal and India, founded his namesake label in 2009. He has cultivated a celebrity fan base consisting of high-profiled clients such as Kate Middleton and Michelle Obama. Most recently, he launched his first-ever bridal collection, which showcased his range as a designer. Gurung has a history of dressing Harris, too. He previously styled the vice president for the presidential inaugural prayer service in January. She wore a wool crepe dress (with a matching coat, of course), and Gurung seems to be Harris’ designer of choice for these special moments.

Earlier this year, when Gurung was asked what it was like to dress Harris he said to ELLE: "In order to achieve true progress and unity, we must all continue to unite and work towards a better future for our nation. Seeing Vice President Harris wearing our designs the day after being sworn in really speaks to that notion for me. They are beginning their work, and so should we."

As for the accessories on Wednesday night, Harris selected a necklace from Ana Khouri in the Pearl Jane style and the brand's Pearl Mirian earrings. The choice of pearls is significant to Harris. The jewelry serves as a symbol of the 20 founders and incorporators of her sorority, Alpha Kappa Alpha. It was the first Black Greek Letter Organization for women founded at Howard University in 1908 — Harris’ alma mater.

While the vice president does not often comment on her wardrobe, Harris’ supporters have been documenting her style and providing further insights into why she wears what she wears. One thing Harris’ supporters will notice is her commitment to wearing designers of color. For example, on Inauguration Day she wore a dark purple dress and coat by Christopher John Rogers. And later that evening, Harris wore a black silk cocktail dress and tuxedo-style overcoat by Sergio Hudson for the virtual inauguration concert. Should you wish to channel the same power woman energies as Harris, shop similar pantsuit options below.