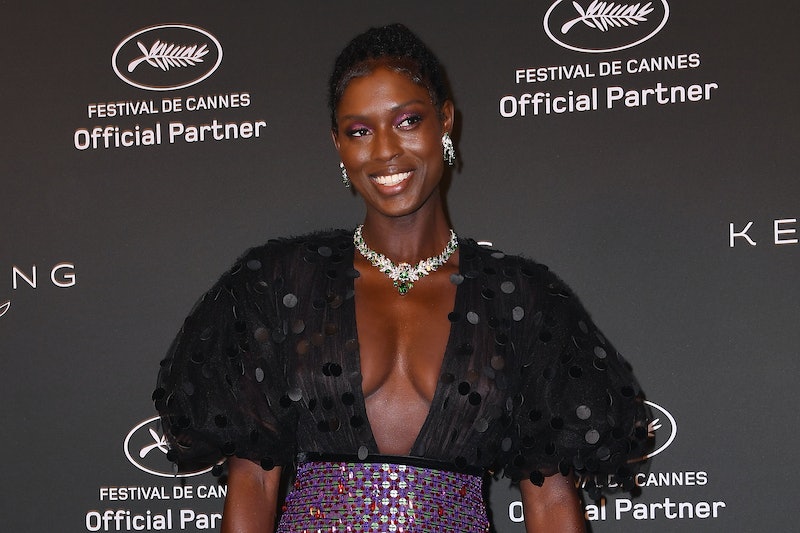 If you feel like every A-list celebrity from every country is currently congregating in France for the Cannes Film Festival, you’re not wrong. For days now, we’ve watched as the world’s most beautiful (and talented) actors and models flock to screenings, press events, fashion presentations, and industry dinners decked out in some of the most eye-catching ensembles, complete with some serious hair and makeup looks. But while the actual awards given out at the festival are famously made of gold and crystal, it seems like jewels are on everyone’s mind. Cannes’ jewel-toned eye shadow trend is all over the red carpet, making the case for colors like goblet blue, emerald, aubergine, and ruby in the summertime rather than fall and winter holidays to which they’re typically regulated. Complementary to all eye colors and skin tones, they’re an easy way to add drama and glamour to even the simplest looks.

As demonstrated by expertly applied eyeshadow on actors Jodie Turner-Smith and Jessica Chastain, the right jewel-tone selection can make eye colors stand out even more. Both stars chose a shade of rich, glimmery purple which equally flatters brown and green eyes in particular. On brown eyes, like Turner-Smith’s, the red-skewing purple adds extra dimension and warmth. Green eyes, like Chastain’s, go particularly well with her shade of aubergine, found nearly opposite green on the color wheel for a striking contrast.

Turner-Smith’s makeup look, worn to the Kering Women in Motion Awards, was perfectly calibrated to work with her plunging sequined Gucci gown that featured a reflective purple, red, and green skirt. As the new face of Gucci’s fan-favorite Bloom fragrance, the model-actor’s worn the design house’s clothes (and stunning makeup to match) at several Festival events.

Meanwhile, over at the Chopard Trophee photocall, Chastain walked the carpet in a dream redhead color scheme of emerald and eggplant. Her simple, silky Valentino gown let much attention go right to her massive purple Chopard chandelier earrings. A dusting of metallic purple shadow accented by a deeper aubergine swoop of liner across her upper lash line accented her eyes, courtesy of makeup artist Elizabeth Stewart.

While there definitely are shades that help eye colors stand out more than others (blues and greys look great in ruby, gold, and emerald while green and brown eyes wear purples and emerald so well), the beauty of jewel tones is that all of them truly look great on everyone. For an arresting visual, go for the color all over framed by some fluttery lashes. If you want just a taste of a jewel-toned look, work it is as a liner or unexpected pop of color smudged along the lower lash line — it’s an instant shortcut to a royal look.

Any makeup lover knows, a few jewel-tones in your stash is a must. This March 1 launch is the perfect collection.

Bobbi Brown's Nordstrom-exclusive, limited-edition palette is not only holiday ready thanks to seven super soft, blendable eyeshadows in sparkling jewel tones, it's ideal for wearing now while ultra-glittery eyes are totally on trend.

This stackable palette from Melt Cosmetics has everything you need — and then some — to create a jewel-toned eye.