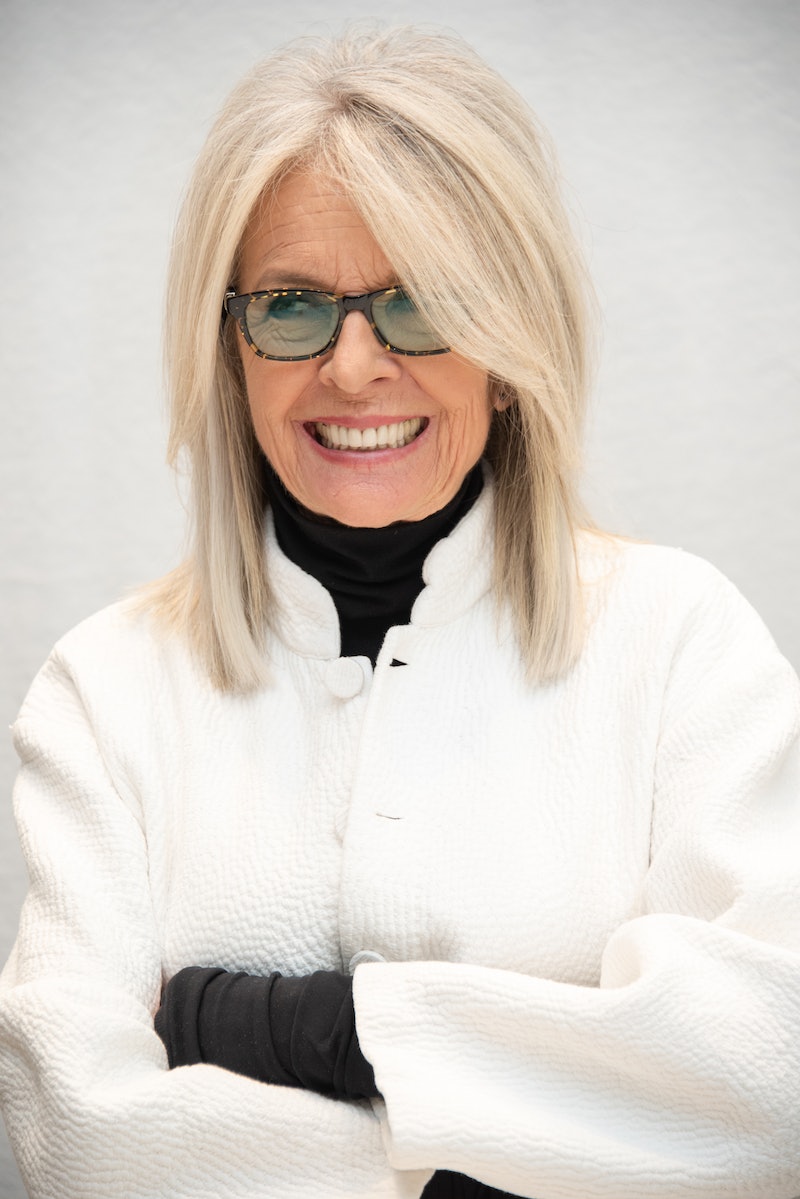 When you think of celebrity style, a range of current Hollywood favorites probably come to mind first like Hailey Bieber, Kendall Jenner, and Beyoncé — just to name a few. But there are some bona fide fashion icons whose style evolves behind-the-scenes and it’s not until you see a photo of them again that you’re like: “oh yeah, her style is amazing.” (These stars typically are more private on social media.) The matriarch of this philosophy is none other than legendary actor Diane Keaton. Recently, Keaton wore thigh-high snakeskin boots — a whole lewk if you will — while filming her latest movie.

The unconventional footwear isn't a usual go-to for the 75-year-old film star as you might have noticed. When you think of Keaton's style, you might imagine her in dynamic suits, bowler hats, big belts, and platform boots. The actor's flair for menswear-inspired ensembles traces back to her role as Annie in the 1977 film Annie Hall where she first wore that famous vest and oversized tie combo. Since then, Keaton’s combined the same staples with a slew of maximalist and minimalist prints proving that one’s personal style is ever changing.

She recently tested this theory on the set of her newest movie, Mack and Rita, which is currently filming in Palm Springs. On set, Keaton was photographed wearing a pair of thigh-high snakeskin boots with just an oversized, white button-down shirt. Instead of her signature shoulder-length haircut, the actor sported a long silver wig. Various silver bracelets and a pair of eyeglasses finished out the unrecognizable outfit.

Keaton proved yet again that dressing for your age is merely but a myth. Comfort may not be a priority in this choice of footwear, but the trendy ensemble is still reminiscent of her signature style. The combination of a classic basic, like a white button-down shirt dress, with a thigh-high boot, is always a possibility. Numerous fashion houses like Jil Sander and Miu Miu have featured the boot-meets-pants style on their runways for their Fall/Winter 2021 collections, so it’s never too late to join this particular shoe fad. Though Keaton’s extreme thigh-high boots are not available to shop, you can still achieve that animal print footwear look with the picks below.