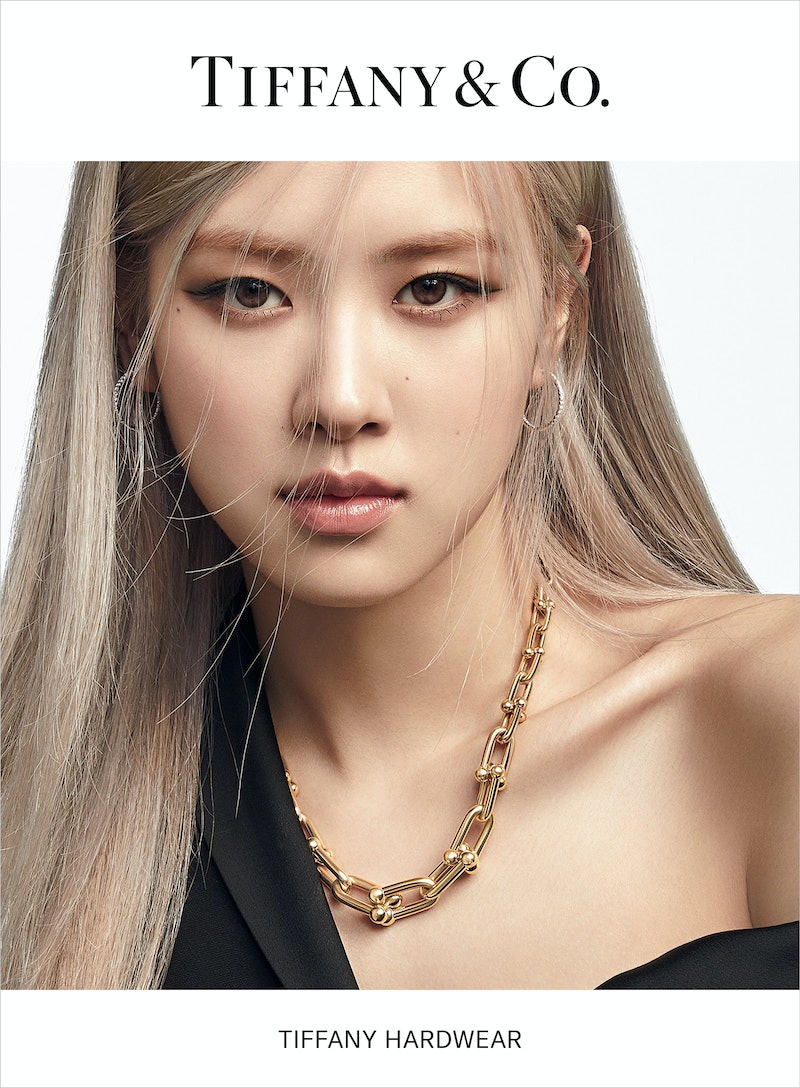 By now, brand endorsement deals are just part of a celebrity’s job. Fans, too, have gotten used to seeing their idols promote their latest perfume launch or fashion lines. It’s easy to lose track of who is doing what, but there is one brand and face you won’t forget this week. Luxury jewelry house Tiffany & Co. just announced Blackpink’s Rosé as its new global ambassador. For those who need an introduction to the 24 year old, she’s one of four members in the popular K-pop group known as Blackpink.

The announcement should come as no surprise for BLINKS (the official fandom name for the girl group) as the singer has had quite the year. This partnership comes just a little over a month after Rosé released her first solo song titled “On The Ground.” (It’s not common for a member of a group to record and debut her own track. In the case of Blackpink, Jennie was the first one to do so in November 2018 and now, it’s Rosé’s turn.) The new Tiffany & Co. ambassadorship fits the highly revered singer like a glove as she’s known to wear minimalist jewelry with her outfits.

“I’ve always loved wearing Tiffany jewelry,” Rosé said in a statement. “To be part of an iconic brand that has been part of my life for a long time makes it that much more special to me.” Other A-listers who have previously received this honor from Tiffany & Co. were Lupita Nyong’o and Elle Fanning, so Rosé is in excellent company.

This new campaign is centered around pieces from Tiffany & Co.’s HardWear range. Inspired by the energy of New York City and based on a 1971 bracelet from the brand’s archives, the edgy collection debuted in 2017 and has been serving up bold, chunky jewelry styles ever since. You can style the necklaces and bracelets with some minimalist suits or mix and match them with your favorite LBD for an edgy nighttime look. The collection includes accessories made of silver, yellow, and rose gold, making it easy to pair with both warm colors such as beige, peach, or amber and cool tones like olive, gray, or violet.

Not sure what piece to buy? Look to the ones Rosé’s already wearing for inspiration. Her Tiffany & Co. campaign is slated for a global release on Friday, April 23. Stay tuned for the official launch and in the meantime, shop the HardWear pieces as seen on Rosé below.