I put her Thank Bod fitness series to the test. 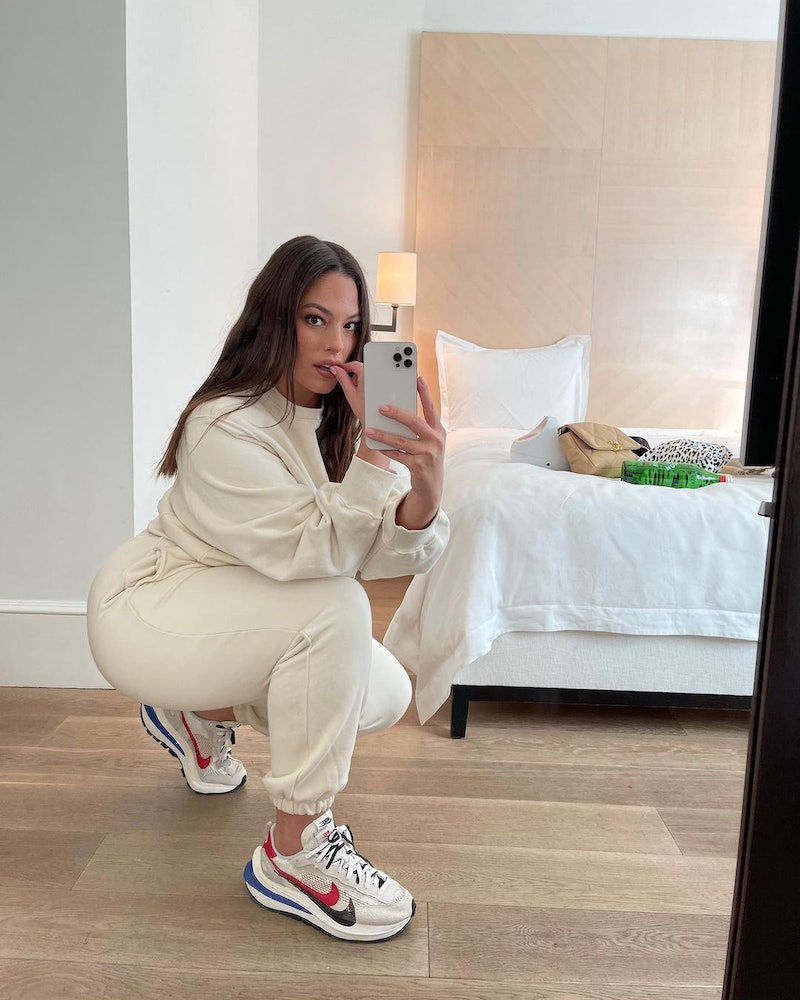 When I wrote an article about Ashley Graham’s workout routines last October, I was impressed. Not only did they seem difficult, but they were also fast, simple, and positive in a way that’s rare in the world of fitness. Which is why I, a self-proclaimed workout connoisseur, decided to put her model-approved moves to the test and try out her exact routine to see if it really was as amazing and approachable as it appeared.

To do that, I headed over to her YouTube channel to go through her fitness series, Thank Bod. For the uninitiated, the videos were created by Graham in conjunction with her trainer, Kira Stokes, who developed each workout. The 33-year-old model started the series as a way to encourage others (and herself) to appreciate and thank their bodies, rather than use working out as a punishment.

Despite that, I still figured it would be incredibly hard — she does work out regularly with a trainer, after all — but I was actually pretty surprised at my final impression. To read about my experience (and to find out whether or not her workout routine might be a good choice for you), keep scrolling for a full and honest review.

Let’s get this out of the way first: I’m sadly not a fan of the format of Graham’s workouts — at least, the kind she follows in her Thank Bod series on YouTube. The model and her trainer set up the routines in a series of circuits, meaning there are typically three to five moves you do in each circuit, with two to three circuits total. Because of this, you’re encouraged to repeat each circuit around three times to get the full effect of the workout.

In short, I didn’t like this at all. It’s completely personal preference, to be sure; but I found the repetitiveness boring, and would much rather follow along with a 30-minute long class with more diverse moves than repeat the same thing multiple times over.

With all of that said, it does make the videos very easy to tailor to your needs; if you aren’t strong enough to repeat the circuits, you can get a less intense workout by just doing them once or twice. And if you are a fan of circuits, you’ll love Graham’s routines — they pretty much all follow the same format.

While the format of Graham’s workouts isn’t my favorite, I did like a lot of the moves that she and Stokes incorporated into the circuits. That was mainly because they were pretty simple: In each video, she stuck to exercises that were basic and easy to follow, which I love because I’m not a fan of overly complicated routines. Plus, this makes each video great for beginners, so you’d be able to follow along even if you’re not well-versed in fitness terminology.

One thing I did notice, however, is that Graham uses a lot of heavy weights (around 10-15 pounds) in her videos. Not everyone has those at home — including myself — and because of that I felt like I couldn’t experience the full level of difficulty of some of the workouts.

Since Graham is trained by a professional and seems to workout a lot, I was a little bit worried about actually being able to follow along. In reality, you can make her routines as hard or as easy as you’d like.

While many of the moves she shares aren’t innately tough (for me, at least), you can add heavier weights or remove them altogether for many of the exercises, making them incredibly customizable to your abilities. And again, the circuit system she follows allows you to increase or decrease the intensity as well: Repeat it more for a better sweat, or just do each one once or twice to take things easier. As someone who works out for about an hour every day, I usually found myself sweating after three to four rounds of each set.

To be clear, everyone’s preference, abilities, and fitness journeys are totally different — but in the end, I don’t think Graham’s exact workout style is for me. No matter how funny and encouraging she is in each video, I just can’t get on board with a circuit system — I much prefer each move to be one-and-done in my routines, and I like to be intensely challenged the entire duration.

That said, I still do think the model’s workouts are approachable, great for beginners, and easily tailored to your needs. And with her hilarious pep talks thrown in, they actually make working out less of a chore and more of a fun reminder to appreciate and take care of your body — something I can definitely get behind.