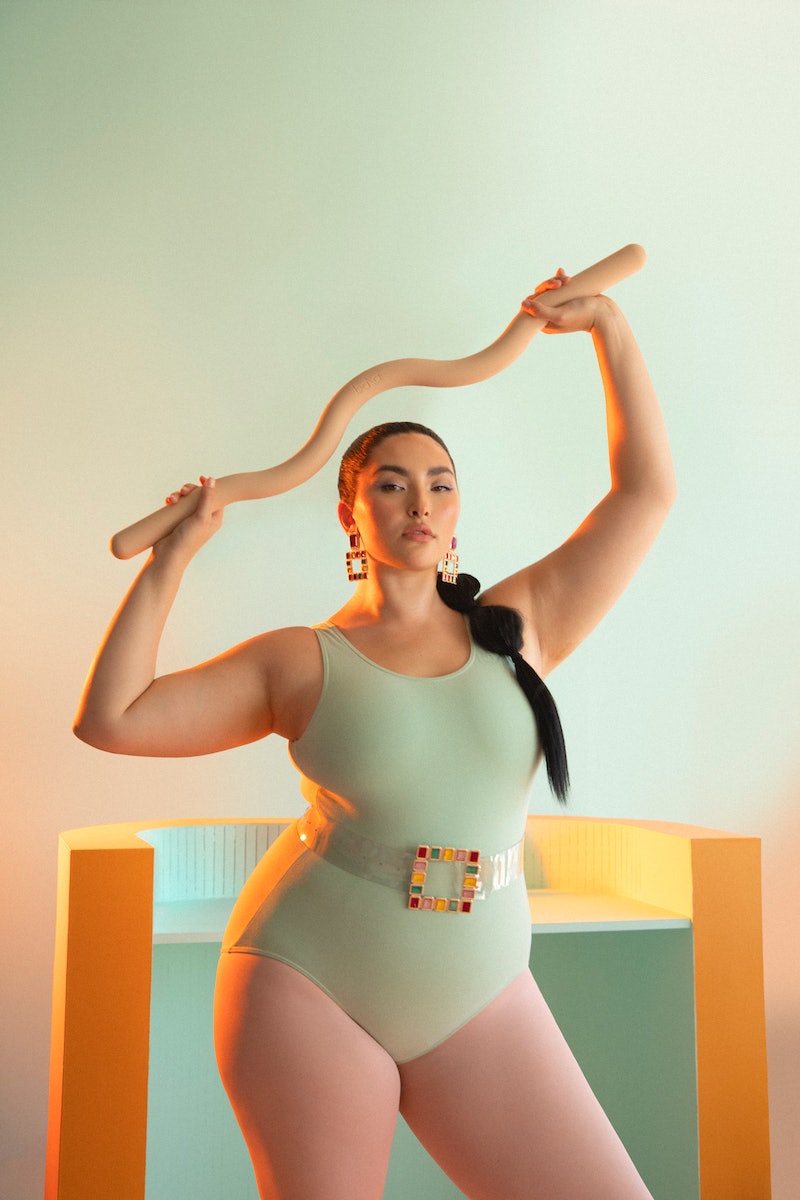 For some unexplainable reason, it seems like the aesthetics of gym equipment haven’t been given much thought in the past. Weights, bands, and machines have largely been kept utilitarian, most often produced in standard black or silver (though sometimes with an obnoxious neon thrown into the mix inexplicably). But thoughtful, creative shapes and soothing colors? Not so much. And though there have been some exceptions to that in recent years thanks to Instagram’s influence on the world’s obsession with aesthetics, it wasn’t until fitness brand Bala came around that workout gear experienced truly good design. Thankfully, the brand is keeping the momentum going with another welcome launch: Its new Bala Beam, which dropped to the label’s unsuspecting fans on April 13.

Any fitness gurus know Bala for its signature bangles, which the brand introduced to the world in 2017. Being one of the first to create a wearable workout tool people actually get excited about, it’s experienced wild success since its inception, and has gone on to expand into other products like the Power Ring and Bala Bars. Now, it’s continuing that expansion with its latest, a 15-pound tool that’s designed to take the place of your boring weighted workout bar.

And obviously, it’s chic — that goes without saying. The bar, which measures at three feet, seems to have taken inspiration straight from the squiggly design trend that’s dominating stylish homes right now: It features a sleek, wavy silhouette that’s as ideal for setting atop your shoulders as it is for chilling next to your plants.

The new product has a number of uses in addition to those, though. While you could place it above your neck to make those squats tougher, it’s also designed to be used for presses, curls, rows, and lunges to help increase your strength and balance.

As of now, the Bala Beam comes in three basic colorways, and can be purchased at Shopbala.com for $99. And don’t forget — Bala Bangles are known for selling out, so if that’s any indication of this new product’s future, you should probably shop fast.