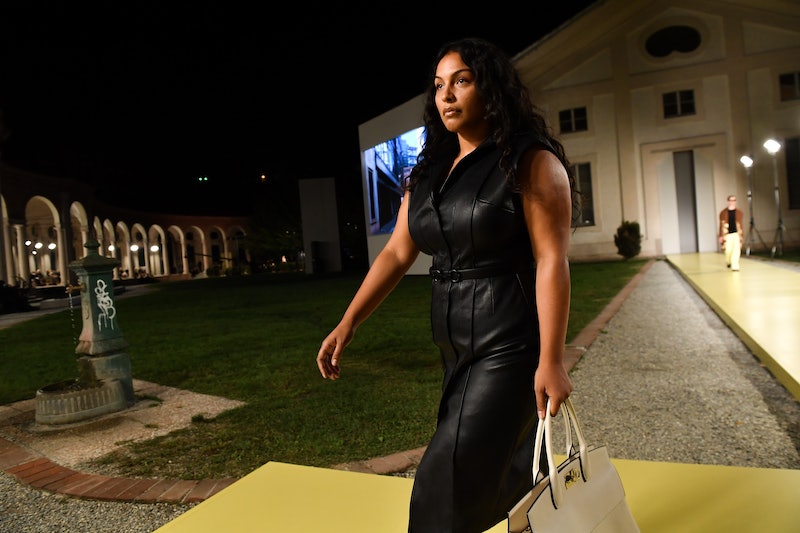 Amidst a Fashion Month that's been saddled with uncertainty, onlookers have (arguably, more than ever) been looking for signs that progress is underway. Along with racial diversity, body inclusivity has long been integral to the industry's forward movement — and yet, the number of plus size models at Fashion Week oscillates nearly every season. Designers have faced mounting pressure from industry insiders, many of whom have tirelessly pushed for runways that more accurately reflect the world in which everyone lives. This season, a host of brands called on top plus-sized models — Paloma Elsesser at Ferragamo; Ashley Graham at Fendi; Jari Jones at Christian Cowan — to make history with. The result? A trove of victorious tableaus, which fall amidst a crucial point of reckoning in the fashion world.

"This is such a historical moment and I can’t believe it actually happened. I'm still shaking," said plus-sized model Jill Kortleve on Instagram of her Versace catwalk moment. The Italian fashion brand made its size-inclusive debut, introducing three plus models to its Spring/Summer 2021 runway. In the post of her catwalk, she added: "I hope that we open the doors for a new generation with the same dreams but who never saw themselves in the magazines or the commercials."

Kortleve also appeared along Etro, Coperni, and Fendi runways (Fendi, having first debuted plus models for Fall/Winter 2020). At Ferragamo, Paloma Elsesser was the very first plus model in the brand's 93-year history to appear on its runway: "what a stupendous honor to be the first chunky to walk @ferragamo," she wrote on Instagram. "a lot of feelings ... proud and excited for the future of fashion to see the value and importance of representation in a real, hopefully; cognitive way."

While many victories were felt throughout Milan Fashion Week, body inclusivity on the runway fell steeply in New York, as compared to this time last year. According to The Fashion Spot, which tracks diversity across categories (race, gender, size) from one fashion season to the next, this year's body inclusivity findings were dispiriting — just 12 plus-sized models "walked" at New York Fashion Week, down 56 from Spring/Summer 2020 runways. While the jury is still out on Milan and Paris, with veritable wins at a few major fashion houses, this season's oscillation in inclusivity is not new to Fashion Week.

"It's a different world right now, it's tough, and I think the fashion industry is adapting pretty quickly," said Kellie Brown, founder of #FatAtFashionWeek, in an IG post with Stitch Fix. The hashtag's intention is to boost visibility for those at or involved with Fashion Week, both on and off the runway, whose body types might exist "outside what's the accepted norm," in Brown's words from the post. "All sorts of people are in different types of bodies are contributing to the fashion industry, and [it's] for those people coming behind us and thinking 'Well, I can't work in fashion because I have X body type,' ... I hope that we continue to evolve into a more inclusive and conscious space," she said.

To browse more of the top plus-sized model moments from Fashion Week Spring 2021, scroll below: