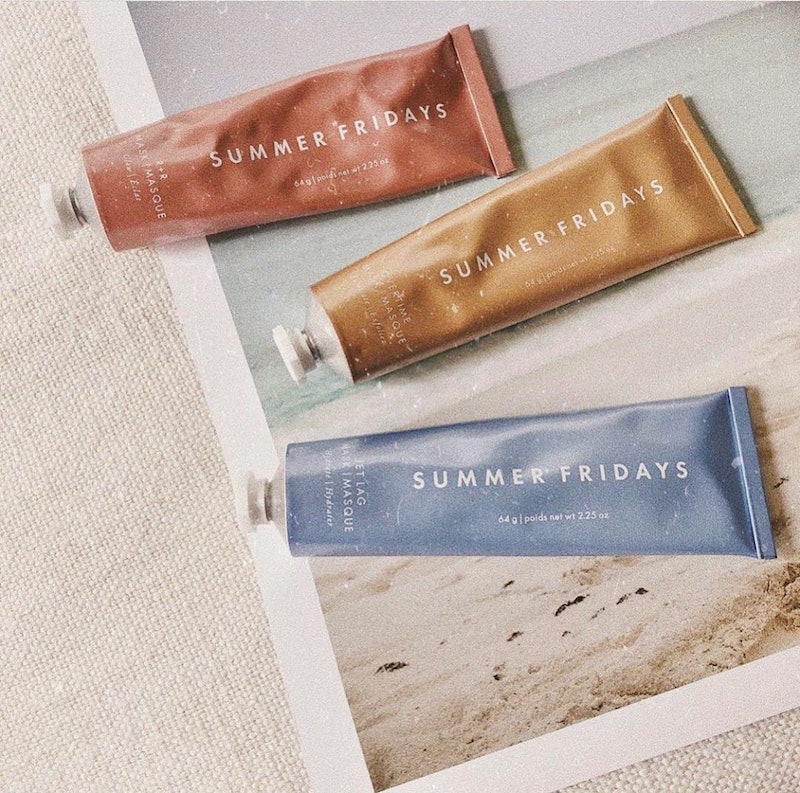 Lauren Gores, Instagram influencer and Summer Fridays founder, has skin that glows like a glass of rosé glimmering in the sun. It’d be easy to attribute her radiance to a top-notch skincare regimen — Gores is, after all, a beauty entrepreneur with access to the best of the best. But she swears her “overall glow” is a result of self-care; the kind that goes beyond face masks and 10-step routines. She doesn't stop at the typical Sunday self-care, either — the founder is dedicated to checking in with herself every day of the week. “I think when you’re taking care of your skin, your body, and your soul, you can feel better for everyone else around you,” Gores tells The Zoe Report. “When I take care of myself, I’m a better mom, and I’m a better boss.”

With that kind of approach, it’s no wonder that Gores was a featured panelist at Create & Cultivate’s recent Self-Care Summit in Downtown Los Angeles. There, she chatted with the audience about the highs and lows of being a business owner and a mother to a two-year-old son — then exclusively revealed her personal guide to summer self-care to TZR. (And, yes, it involves Summer Fridays’ cult-favorite Jet Lag mask.)

Gores’ first tip? Don’t limit yourself to self-care on special occasions. “I do self-care whenever time allows,” she laughs. “I try to do a run and then a mask. Those are my two biggest self-care things that I can squeeze in during nap time.” Gores says it’s key to find activities like these that can be time-tailored to fit your schedule. “If you’re masking, for instance, that’s ‘you time’ — whether it’s five minutes or 25 minutes or an hour,” she tells TZR. “It’s really about making time to prioritize yourself.”

Unsurprisingly, Gores’ preferred face mask is one from the beauty brand she co-founded with influencer Marianna Hewitt, Summer Fridays. “I think my go-to is Jet Lag,” she says. “I have an emotional attachment to it because it was our first mask, and it’s also the most versatile.” Jet Lag has a sinks-into-the-skin texture that makes it easy to mask and multitask. “I’ll apply it and then I’ll go do other things, because you can’t really see it once you have it on,” the founder shares. “That’s the other reason I love it so much — it pairs really well with other products I love.”

The self-professed “product junkie” carves out a moment for skincare-slash-self-care every morning, but keeps her lineup relatively simple. “I love Honest cleanser, I love Biossance — they have a Squalane and Tea Tree Oil that’s so good for helping with redness, and it gives you this nice glow,” she says. “I follow it up with our Jet Lag mask, but I use it as a moisturizer. So I’ll use a smaller amount and rub it in fully — it’s really good for hydration and under-eye circles.” Sunscreen is her final skincare step (she’s a fan of Supergoop Unseen Sunscreen).

But skincare is just a small portion of Gores’ self-care regimen: She credits exercise and a healthy diet with keeping her calm and centered. “I love my runs, that’s something I really prioritize,” she says, adding that she attempts to fit in a little bit of stretching and yoga every day, even if it’s just for a few minutes. “Also, I try to eat as well as I can. I have a nutritionist, Kelly LeVeque, who’s one of my best friends.” (Consider this your cue to treat yourself to one of LeVeque’s famed Fab Four Smoothies.)

The final portion of Gores’ self-care trifecta? Soul care. “I love my gratitude journal that I just started keeping,” she tells TZR. At the end of every night, she makes a list of the things she’s grateful for, then takes a moment for reflection. “It makes a big difference — if I have a really rough day, I still say at the end of the day, ‘These are my wins,’” Gores explains. “You read it before bed and everything feels normal again.”

In an ironic twist, the social media influencer says logging off of Instagram every once in a while is a must. “I’ve for sure struggled with that over the years,” she says. “When I have my phone with me, I get excited — I love to share things with my community. It’s such a part of who I am and my business and what I love doing. But I think it’s also important to know that not everything has to be shared.”

As well-rounded as her routine may seem, Gores wants her followers (and fellow entrepreneurs) to know that some days, it’s just not realistic to squeeze in a second for self-care… and that’s OK. “I don’t balance at all,” she admits. “I’m always trying to be super honest about that.” One thing she’s learned from juggling work and motherhood — and life in general — is that it’s pretty much impossible to make time for everything, every day. “Before I had my son, I truly thought I would magically determine a way to be a great colleague and a great boss and a great mom,” she says. “Then I had him, and I realized I wasn’t going to be the best at all things at all times — but that doesn’t mean I’m failing. Some days will require more of me as a mom, while other days will require more of me at work."

Right now, Gores finds herself learning that lesson all over again — things are ramping up at Summer Fridays as the company prepares to launch a brand-new product. “I can’t give away an exact date, but it’s soon-ish,” the founder reveals. “This is something people have been asking for for several months now.” In other words: It'll warrant a shout-out in your gratitude journal.