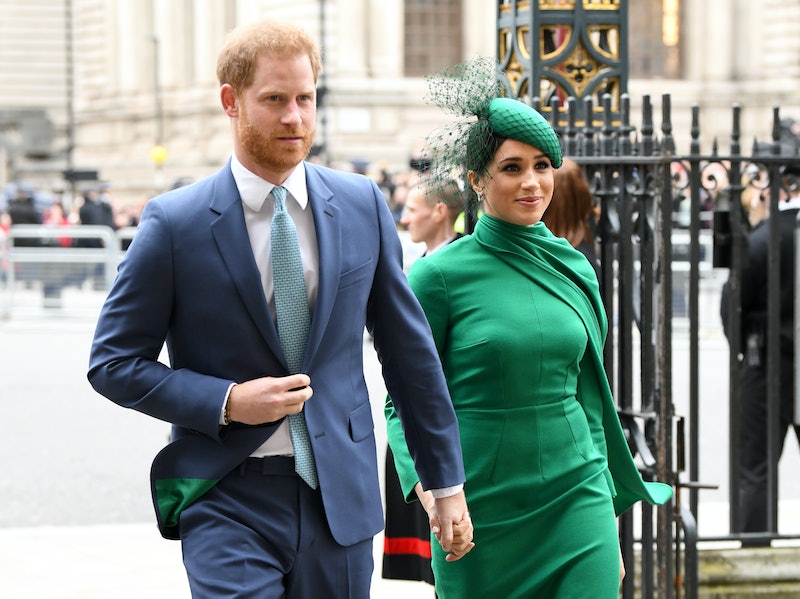 "Silence is not an option," The Queen's Commonwealth Trust tweeted after a weekend of protests following the deaths of Breonna Taylor, George Floyd, Tony McDade, and about the pattern of violence from law enforcement on Black people. Showing its support of the Black Lives Matter movement, the trust recently took to Twitter with a call to action and a quote by late civil rights leader Martin Luther King Jr.

"Young people are vital voices in the fight against injustice and racism around the world," the June 1 tweet said. "As a global community of young leaders we stand together in pursuit of fairness and a better way forward." It was followed by the Black Lives Matter hashtag and Twitter's symbolic triple fist emoji.

A follow-up tweet continued the sentiment: "We all have the power to effect positive change. It is time to speak up and speak out. Time to have uncomfortable conversations with ourselves and with others. Time to educate ourselves and unlearn. Time to come together and build a better future as one."

The Black Lives Matter movement originated after the 2013 murder of Trayvon Martin and the acquittal of his killer. Its organization, Black Lives Matter Foundation, Inc., is one "whose mission is to eradicate white supremacy and build local power to intervene in violence inflicted on Black communities by the state and vigilantes," according to its website.

The Queen's Commonwealth Trust's tweet was centered around a famous quote from King Jr. "Injustice anywhere is a threat to justice everywhere," King Jr. wrote in his 1963 Letter from a Birmingham Jail. Although the U.S. remains at the forefront of it, cities throughout the UK have hosted their own Black Lives Matter rallies, too, according to BBC News.

Prince Harry is the president of The Queen's Commonwealth Trust of which Queen Elizabeth II is the patron. And since 2019, Meghan Markle has acted as its Vice President. According to its website, the trust is "a platform where smart ideas and insights are shared, to show that change can be brought about by anyone, anywhere."

"Our vision is a world where young people are equal partners in driving change," it says. Just before tweeting the statement in question, The Queen's Commonwealth Trust shared a list of anti-racism resources and tips from Tessy Ojo, who is the Chief Executive of the Diana Award (a charity in Princess Diana's memory). Prince William and Kate Middleton have not spoken out on the issue yet via their private Instagram platform, @KensingtonRoyal.