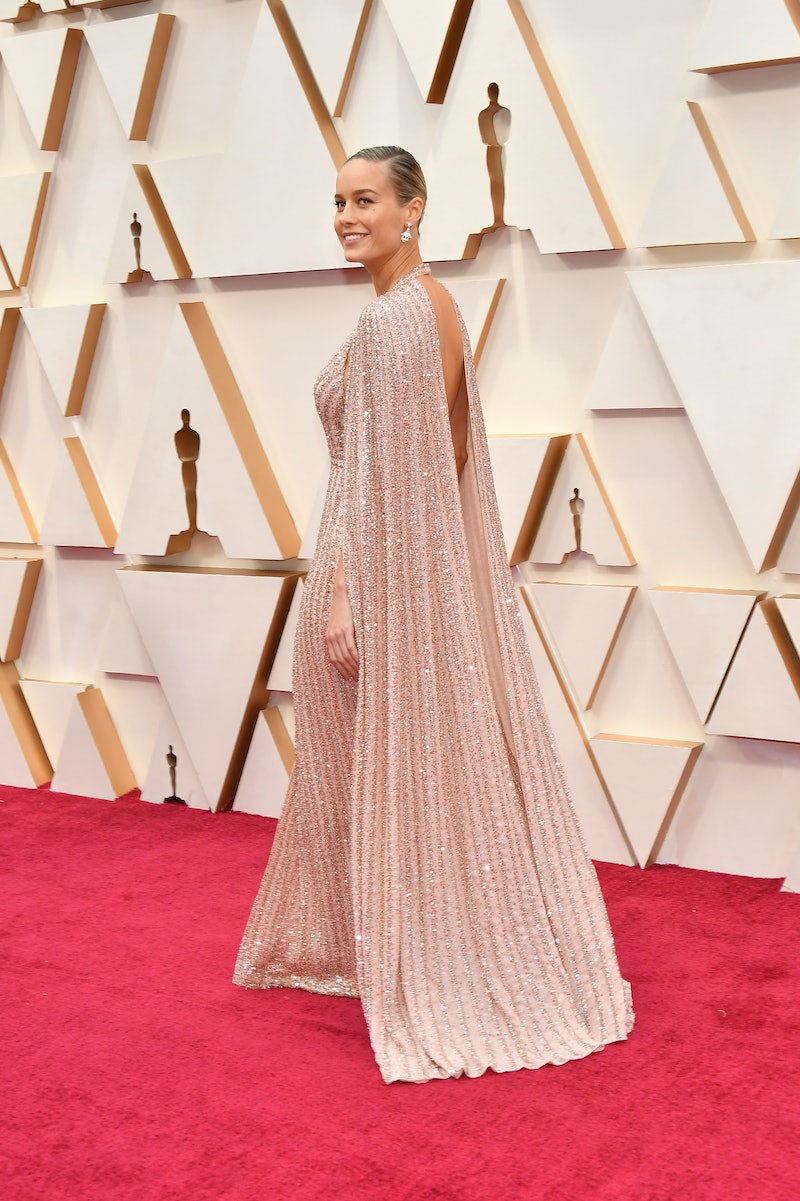 When you have to analyze practically every look that hits the red carpet for the entire awards-show season, it's not uncommon for your eyes to glaze over as all the glittering gowns and sleek suits start to run together. It's not that any of them are boring — quite the opposite, since they get better and more glamorous with every red carpet. It's just that with so many stunning looks, it's hard for many to stand out. But when they do, they *really* cause a stir in the group chat; and, as usual, that's how TZR's team decided which gowns were the best outfits on the Oscars 2020 red carpet.

While there are usually a few tried and true favorites, this year's choices were all over the board. It all started with Janelle Monáe, who got several virtual screams from different members of the team thanks to her *extremely* shiny Ralph Lauren gown that was complete with a hood and featured no less than 168,000 Swarovski crystals. Brie Larson and Natalie Portman also caused a buzz, with both setting a cape trend that's sure to make an appearance again on future red carpets

But, of course, those weren't the only celebrities on the red carpet to cause a full-on freakout among TZR editors. Keep scrolling for all of our favorite outfits of the night that we'll still be thinking about, long after the show has ended.