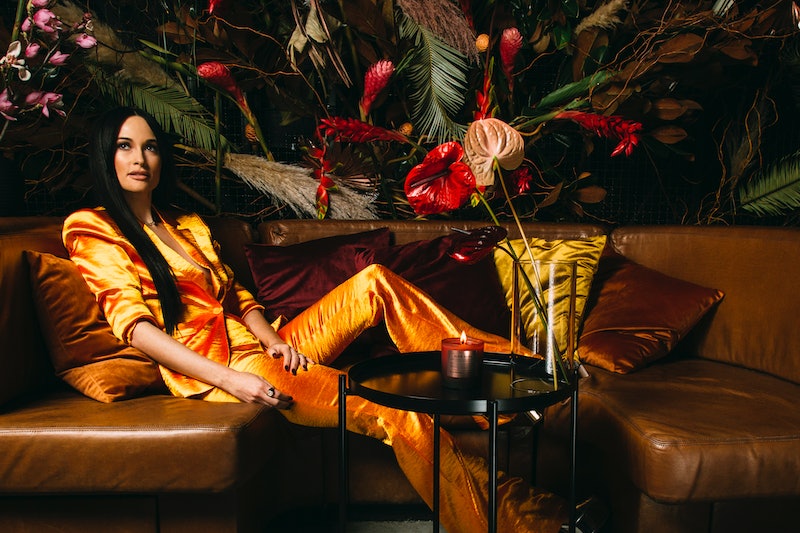 This past February, it took less time for the Kacey Musgraves x Boy Smells Slow Burn candle to sell out than it takes for an Instagram Story to expire. When the hit song-inspired candle — now a bonafide collector's item — originally debuted, it was gobbled up by fans within 24 hours. Now it's ~finally~ back in stock, although rest assured not for long.

Musgraves is more than just a country music singer. She's also a fashion designer's dream come true (hence her 2019 Met Gala invitation) and a beauty icon who has also become somewhat of an LGBTQIA+ advocate within the country music community. Her first-ever major brand collaboration suited her M.O. perfectly: a candle made by the androgynous indie brand Boy Smells that was, of course, named after one of the biggest Musgraves bangers of 2018.

Encased in an ombré pink-to-burgundy reusable glass jar with a copper label, the Slow Burn candle mimics a Tennessee sunset, the inspiration for the song and Musgraves' Golden Hour album itself. Inside, the scent is a mixture of black pepper, raspberry, amber, and smoked papyrus, the best iteration of a bonfire there ever was. It's like a country song in a cup.

And as it turned out, the candle was about as popular as the song it was designed after. Not only did it sell out within a day of launching, but it also amassed a wait list of more than 15,000 people — a wild success for Boy Smells, considering it was the brand's first musical artist collaboration, too.

The LA-based candles-and-underwear label reportedly won over the singer long ago with its best-selling KUSH candle, which is how the harmonious collaboration came to be. Her $39 Slow Burn candle, now finally available after being sold out for three months, is described by Musgraves as "a little dank, a little crisp." It's made from coconut and beeswax and really does burn slowly (over the course of 50 hours, to be exact).

The limited-edition candle is available while supplies last (so, not for long) on BoySmells.com and KaceyMusgraves.com.