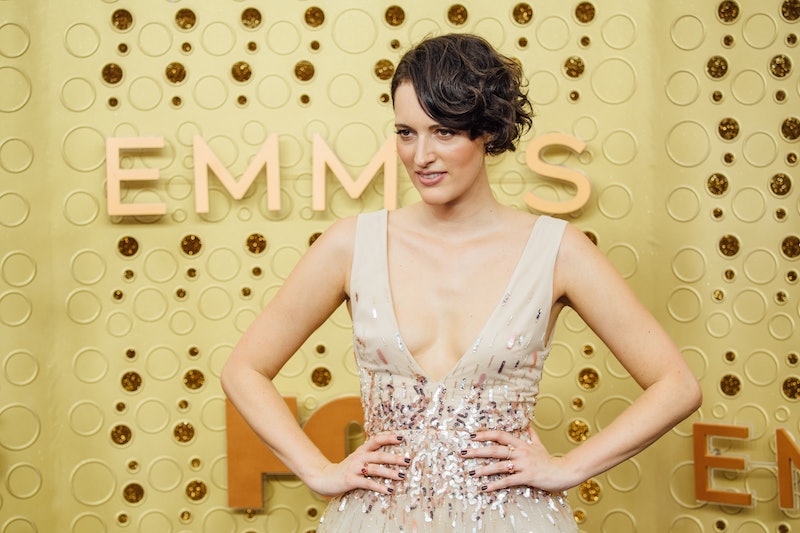 For most, award events offer eye candy by way of dazzling gowns and jaw-dropping beauty looks. However, those in the know realize it's all in the details. Yes, in addition to the dresses and flawless updos, the 71st Primetime Emmy Awards red carpet also featured nails that served as perfect fodder for you fall style feeds.

At this point in the game, it's fairly safe to say nails are having a moment — a beauty renaissance if you will. After the gel phenomenon became mainstream, things were a bit quiet there for a while on the nail front. However, with the rise of powder-dip digits and the strong resurgence of larger-than-life nail art, it seems all eyes are on the hands.

This year's Emmy Awards ceremony made yet another case for the recent nail extravaganza, as celebrities paid special attention to their digits, making them key components and active players in their red-carpet ensembles. Case in point: Ava Duvernay. The actor complemented her stunning metallic gown with chrome nails that delivered an added pop of glam to the look. Not to be outdone was Kerry Washington, who showed her support for the always-sleek noir nail. The actor's bold and dark mani offset her glittery pant outfit perfectly (which was a conversation-starter in its own right).

Looking for more nail inspiration to add to your fall repertoire? Ahead, the top trends spotted on the Emmys red carpet you need to try stat ... if not sooner.

The award statue wasn't the only thing chromed-out. Emmy Awards attendees dipped their nails in metal for an elevated and sleek look that's perfect for the fall and winter seasons.

All that glitters is truly Emmys style gold, and this was certainly true this year. Stars like Maya Rudolph and Alex Borstein swiped whimsical sparkles on their nails to add a little oomph to their looks. Nail artist Alex Jachno reveals to The Zoe Report that she used Essie Luxeeffects polish in "Set In Stones" for Rudolph's glammed-up digits.

With summer officially behind you, it's time to get a bit moody with your beauty look, starting with your nails. As seen on the Emmys red carpet, rich shades ranging from oxblood to jet black dominated the nails of your favorite stars like Kerry Washington and Rachel Brosnahan.

The bright orangey red that's trending hard this fall season was in full effect at the Emmys, gracing the nails of Janet Mock and Jameela Jamil.