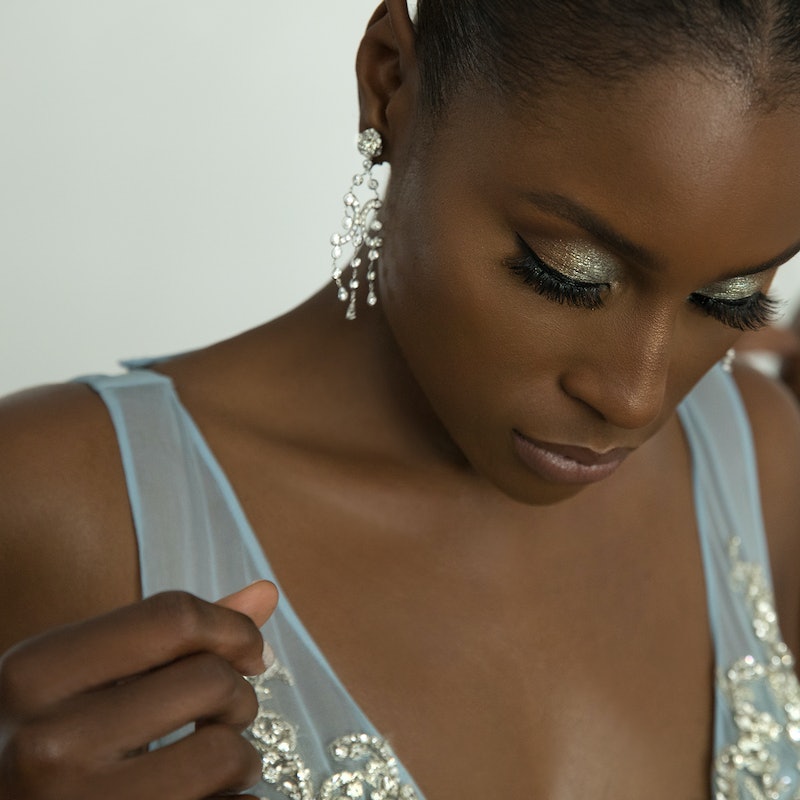 Before Issa Rae's possible win for Outstanding Lead Actress in a Comedy Series, or Claire Foy's potential score for Outstanding Lead Actress in a Drama Series, there are a few awards that should be handed out: Scarlett Johansson, for Best Bright Eyeliner. Dakota Fanning, with the Best Wing So Sharp, It Could Cut An Enemy... the list goes on and on. Just like all of the nominated television shows, the beauty looks at the 2018 Emmy Awards are always outstanding — and are managing to always distract us from the main event. Sorry, Atlanta.

All of the bold and beautiful makeup looks, as well as the voluminous curls and high-as-heaven updos, are a far cry from the lax glam spotted all throughout the New York Fashion Week last week.

Because makeup artists and hairstylists get the space, and the budget, to pour their craft into the finished results, you won't see barely dusted cheekbones or air-dried waves on the carpet of the Microsoft Theater. Instead, there's some major beauty inspiration for the months ahead, including Thandie Newton's sleek, slicked back bun — the work of celebrity hairstylist Sheridan Ward using exclusively Oribe products — and Tracee Ellis Ross' gorgeous pink makeup look, which makeup artist Lisa Storey created using Charlotte Tilbury Beauty.

Ahead, see the looks from Felicia Leatherwood for Issa Rae, Casey Herman for Jessica Biel, Emily Cheng for Yara Shahidi, and so many more that have us rejoicing on the return to true glam.