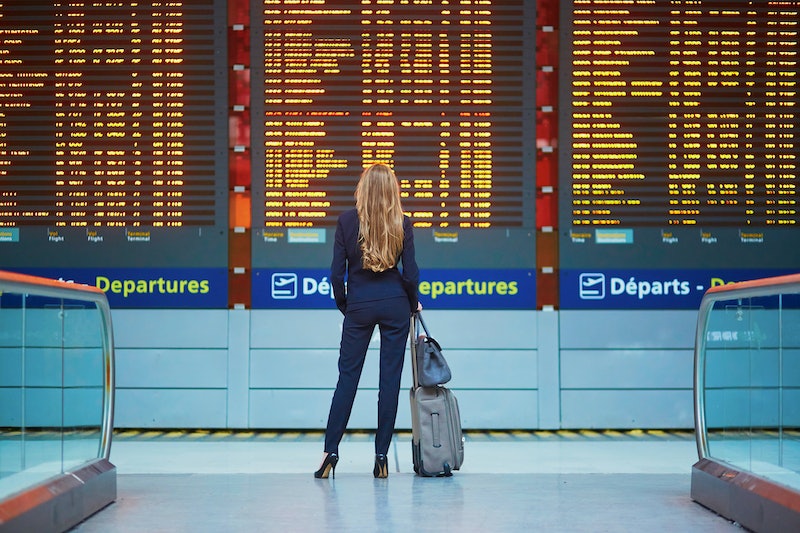 For many, flying can be a source of anxiety and stress. Getting on an airplane seems to induce a fear and stress unlike any other for a good portion of people in the world. But since traveling by air is often unavoidable, especially if your occupation requires it, one often takes solace and comfort in little details like landing the best seat on a flight to make the ride a bit smoother.

But, what makes for a great seat? “The obvious general rule is that the higher your class of seating, the better,” says Miguel A. Suro, a Miami attorney and lifestyle writer at The Rich Miser. “First is best, business is great, premium economy is fine, and economy is, well, economy. Of course, the higher you go, the more expensive it gets.” Yes, unfortunately, with the high price points, these seats typically come with roomier quarters, comfy accommodations, and all the champagne. That said, experts say there are plenty of other prime spots on an airplane that can feel just as cozy (or mighty close to) as first class. (Also, if you insist on luxe flying, try these tips for hacking a first-class flight for cheap.)

Now, before getting into the mechanics of prime plane seating, there are some external factors to consider. For instance, anxious fliers, should examine their fear and what triggers it while in-flight. “A person who is concerned about safety may feel better if seated in an exit row,” says Captain Tom Bunn President of SOAR, Inc. and author of SOAR: The Breakthrough Treatment for Fear of Flying. “Some anxious fliers hate to look out. They don't want to be reminded that they are up high. They prefer an aisle seat. However, some anxious fliers prefer a window seat so they can see out. Being able to see out lets them feel less trapped.”

Do a little soul searching and think long and hard about what you need for optimum comfort and peace on an airplane. From there, map out prime spots on the vehicle that cater to said comfort. And if you don’t necessarily have preferences or phobias to worry about, ahead, get some tips from travel pros and frequent fliers on the best seats in- flight to take you from point A to point B blissfully.

Although they carry some responsibility, exit rows are often coveted seats on a flight, and with good reason, says Tom Spagnolia, seasoned travel expert and SVP of supplier relations at CheapOair. “An ideal seat on a flight has above average leg space, is located toward the front of the plane, and is at a reasonable price point which typically rules out a first-class seat.,” says Spagnolia. “It’s always worth it to ask if an exit row seat is available before boarding the plane or once everyone on your aircraft is seated. In rare occasions, someone will be seated in the exit row but won’t be comfortable sitting there, so flight attendants will have to switch them out.”

First-class not an option? No problem. Spagnolia explains that many airlines also offer economy-class seats, which are a small additional fee, Similar to the desirable seats in exit rows and first class, they sometimes go vacant and you might be able to get placed there at no charge if there’s an opening. “Some of the airlines also offer free meals and movies/TV in the preferred economy seats,” says Spagnolia. “Each airline is different but this is primarily a benefit to upgrading to better economy class of service.” Another bonus? “Some of the preferred economy seating allows for a passenger to move up into the first or second boarding groups, which gives you more time to get on the plane and have overhead space to place your luggage,” explains Spagnolia. “Again, each airline has different types of ‘branded fares’ but the ‘prime seating’ is truly the way to go.”

No matter what, a seat with a view is always a must, says Beau Ragland, the CEO and co-founder of Voyista. According to the seasoned traveler, the benefits of this placement is three-fold. First, “You can use the side of the plane to lean and rest your head,” says Ragland. “Falling asleep is much easier in this position as you can turn to your side and fully relax. You don't have to worry about falling asleep and inadvertently leaning your head on someone else.”

The second benefit involves the age-old dilemma: restrooms. “You'll never be bothered by someone getting up to use the lavatory,” says Ragland. “Unlike the unfortunate people sitting in the middle and next to the aisle, you'll never have to leave your seat to let someone sneak by in the middle of your flight/nap.” The final perk? “You can control the amount of light coming in the cabin by closing the window,” says Ragland. “If you don't have a sleep mask or are trying to watch a movie, it's essential to block the bright sun you might face on early morning flights.”

“Generally, the front of the plane is better because, at the end of the flight, you’ll disembark sooner,” says Suro. “On a big international flight, this can get you a better position in the customs line.”