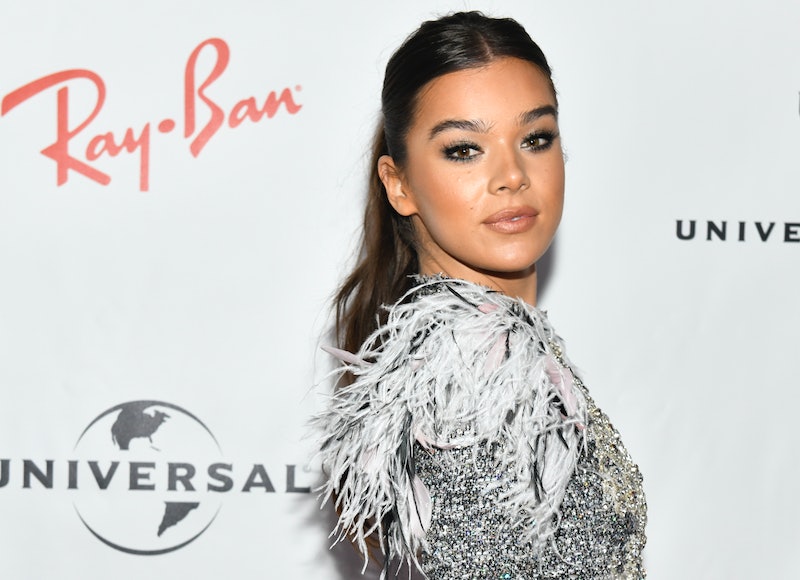 Every year, fashion fans look forward to the often risky, occasionally rock-and-roll-inspired, and overall memorable suits, gowns, and jumpsuits to grace the red carpet during the Grammy Awards. Perhaps it's the fact that artists know what it takes to truly make a statement — which, more often than not, includes a fair share of glitter, fringe, feathers, and other dramatic details — and they aren't afraid to try something outside the box. Fortunately, that also applies to what they wear after the awards show is over. In fact, the 2019 Grammys after-party looks prove some of the most show-stopping ensembles were the ones that weren't even televised.

This year, a sea of silver, sequins, jumpsuits, and extra-long ponytails made their way down the red carpet. But after all the awards were given away, many stars slipped into a little something different — though, for the most part, nonetheless daring. Besides some of the Grammy's top winners, presenters, and notable attendees, the after parties also included a handful of surprise appearances, all of whom proved they were ready to celebrate in style.

Ahead, find some of the best post-Grammys looks, many of which even rivaled some red-carpet favorites.

Feathers seemed to be the trend du jour for the Grammy after-party circuit. Steinfeld donned her own feathery mini by Giambattista Valli Haute Couture as she attended the Universal Music event.

Musgraves changed into this feathery mini dress during the second half of the Grammy Awards ceremony. The light and bright look transitioned nicely to an after-party ensemble, so naturally she kept the feathered masterpiece on as she stepped out to celebrate her win.

While Turner's black-on-black ensemble was head-turning on its own, the complementing smoky-blue eye makeup made the look a true knockout.

The rapper and actress wore a crisp white jumpsuit, featuring a stunning cape that trailed down her back.

Tisdale opted for a mesh, ankle-grazing dress and silver accessories.