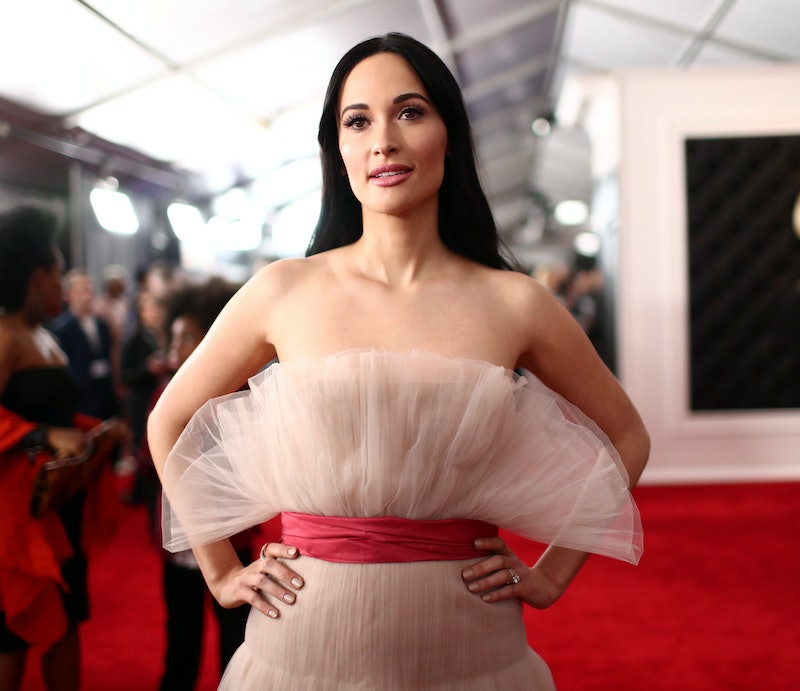 While the Oscars and Golden Globes often deliver all manner of haute couture gowns and ensembles, the Grammys are known for being a more laid-back affair. The musical celebration has become a spectacle of sorts for style, allowing a space for industry powerhouses to express themselves in unique sartorial ways. That's not to say glitzy gowns and dazzling outfits aren't present, they're just delivered in a more fun and off-the-cuff manner — and this year was no different. The 2019 Grammy Awards dresses offered some truly glamorous and carefree looks.

The beauty of the Grammys red carpet is that its a melting pot of musical genres and backgrounds, so each artist brings their own unique fashion flair. Country music sensations, R&B stars, and pop icons come in outfits that translate both on a concert stage and a fancy red carpet. For this reason, Grammy outfits are some of the most memorable, like Mary J. Blige's head-to-toe leopard suit from '96, Britney Spears' white Marilyn Monroe-inspired gown from 2000, and, of course, Jennifer Lopez's now-iconic, plunging green Versace dress (also from 2000).

With the Grammys stage and music industry being more diverse than ever, its no wonder the red carpet reflected it. Ahead, the top fashion looks from the red carpet that very well could go down in history — or, at the very least, they'll give you something to discuss all week long.

Gaga, who had already snagged two awards before the ceremony even started, looked like a statue herself in a silver Celine creation.

The Best Country Song winner (announced ahead of the ceremony) told Entertainment Tonight she chose this baby-pink Valentino dress because the detail of the top reminded her of her album cover, in which she's holding a fan.

Ross fearlessly wore the season's biggest color trend, proving it's not only wearable but completely necessary.

The newlywed singer looked super confident in this custom Christian Siriano jumpsuit with a plunging neckline and diamond, shoulder-grazing earrings.

Simpson sparked on the carpet in this perfectly rock-inspired silver jumpsuit with feather detailing and tons of sequins.

The five-time Grammy nominee floated down the carpet wearing a flowing, feminine gown with an asymmetrical cape. As for her stunning diamond flower ring, that came courtesy of Lorraine Schwartz.

Never one to disappoint with her style choices, Monáe turned up in a feathery creation with dramatic shoulders and a sculptural headpiece.

The Best New Artist nominee made a dramatic statement on the carpet in this tiered stunner by Monsoori.

Perry looked every bit the modern princess with a sculptural gown by Balmain and earrings by Djula.

The Grammy-winning artist went with the event's trending color of silver for her elegant Atelier Versace gown.

Cardi B In Vintage Mugler

If Cardi B's dress looked like a throwback, that's because it was! The Grammy-winning rapper's gown was a 24-year-old vintage Mugler.