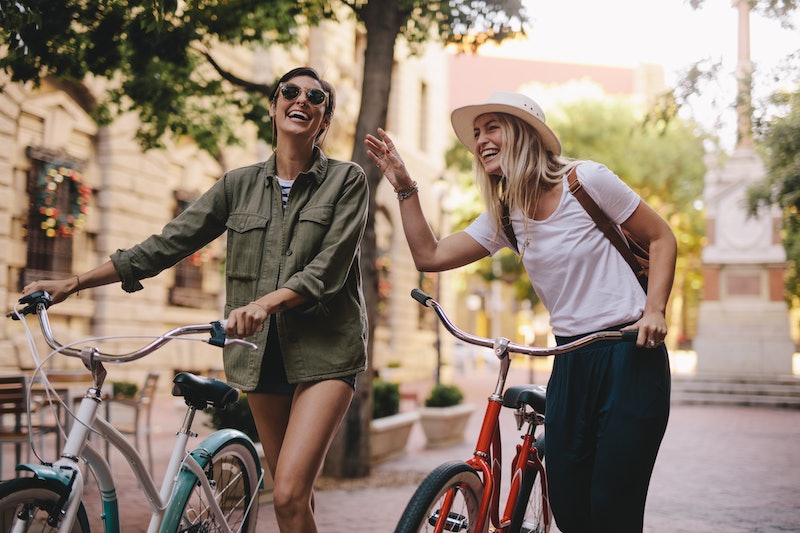 Single folks: Have you ever wondered if where you live is actually hurting your chances of finding a mate? Well, there may be some research to support your theory. For those who are looking to find a partnership, there are certain social and economic factors at play when it comes to your place of residence. And when it comes to the best states for singles, the results just might come as a surprise.

A recent study by WalletHub looked at 29 different "dating friendly" indicators, which included the percentage of unattached people as well as cost of living, nightlife options, and online dating opportunities, among other criteria. Based on all of this, the ten the worst states for being single were West Virginia, Arkansas, North Dakota, New Mexico, Wyoming, Kansas, Kentucky, Alaska, Alabama, and Mississippi, which means that, overall, those living here make less money to go on fun and frequent dates, have less access to dating apps (or are working with a very limited pool), or perhaps just have less single people overall.

Wondering if your state fared better than the aforementioned? Or maybe you're in the market to make a big move and the opportunity for dating is a factor you're considering? In either case, find the 10 best states to live if you're single and mingling — at least according to the personal finance website's findings.

The Midwestern state had the first highest gender balance of adult singles, so those seeking romantic relationships might have some luck here.

The study found that the Bay State had the fifth best mobile dating opportunities, meaning singles here are especially active on the apps.

Ranked sixth best for dating economically, Wisconsin also makes a great place for singles due to its opportunities for "romance and fun."

With its fantastic restaurant and nightlife scene, Illinois offers its single population a ton of options for dates.

The Buckeye State ranked in the top 10 for both romance and fun and dating opportunities.

Singles looking to date in the Big Apple shouldn't lose hope: According to the study the state ranked fourth overall, with the fifth highest share of adult singles, plus tons restaurants, movie theaters, and more that make for fun outings.

What makes Texas a great spot to live if you're single? According to the data, with so many options for where to eat and what to do, you won't have a tough time finding places to take a date.

Good news if you're online dating in California: Apparently singles here are logged on and looking for love more than most other states.

With so many restaurants per capita, your only issue will be narrowing down where to take your date.