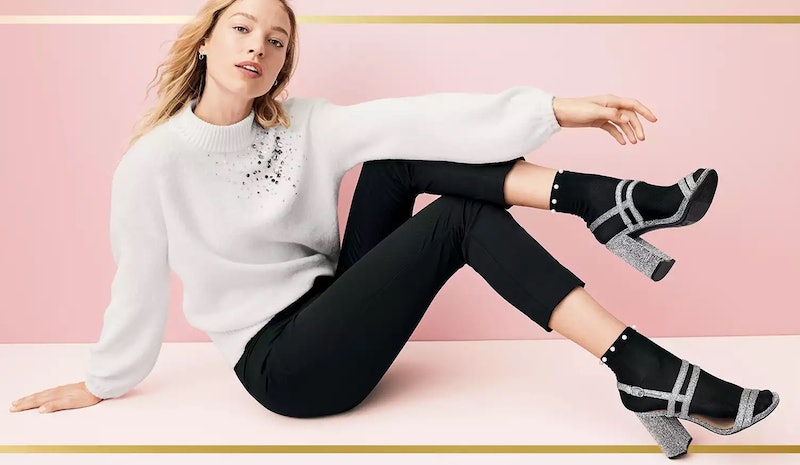 With several years of online shopping under your belt, you're well versed in the digital world's most notorious day of the year: Cyber Monday. But in case you haven't heard, it has an equally compelling counterpart which, while lesser known, is just as big in terms of scoring a bevy of holiday gifts at reduced prices — it's Green Monday. And while you're likely to run into discounts across several online retailers when you shop the special deal day, there's one you'll want to be sure you don't miss. Target's Green Monday sale is shaping up to be a major opportunity for savings on just about anything you'd want to score for the holidays and beyond.

Green Monday, typically the second Monday in December, has quickly risen in the ranks to live amongst Black Friday and Cyber Monday as one of the year's highest grossing shopping days. This year, the day of special discounts lands on Dec. 10, and Target has already announced some of the major savings that'll be available to shoppers — and they're really good.

When you click over to Target's site on Green Monday, you'll be able to save a whopping 30 percent off apparel from the store's in-house brands, like JoyLab, C9, Umbro, and Wild Fable. (Men's clothing will also be on sale if you're shopping for loved ones.) It's basically the perfect chance to stock up on a ton of essentials, as well as on-trend pieces, for way less.

Refresh your workout wardrobe with pics from JoyLab and C9, like these cool color block leggings and sweat-sesh ready muscle tanks. With the 30 percent discount, those JoyLab picks be down to $27.99 and $11.89 a piece, respectively. And to make sure you (and loved ones) don't freeze on your way to winter morning workouts, grab some C9 fleece sweatshirts, which'll be down to $13.99 during the sale. Small price to pay for warmth, right?

Green Monday shoppers will also get to take 30 percent off women's shoes and boots — so if you've been looking for a good reason to re-stock your shoe closet this season, let these super-low prices convince you. Affordable and super-versatile options abound, like these black chelsea boots for just $20.99 and over-the-knee boots down to $27.99, but you also can't go wrong by picking up a sparkly pair of heels to wear to every cocktail party this season. They'll be on sale for $20.99 on Green Monday.

Also be sure to keep an eye out for the yet-to-be announced home goods deals — you'll reportedly be able to score 30 percent off thousands of items, including holiday decorations. And if there are lots of kiddos on your gifting list this year, check on Target's site for the remainder of the week after Green Monday; shopping several of the store's biggest toy brands will get you savings of $10 when you spend $50, and $25 when you spend $100.

Just when you thought the deal days were officially over this holiday season, Target's Green Monday sale drops another opportunity (nay, obligation) to shop the store's countless impending deals. Get a head start on compiling your list by browsing some of the best women's clothing and shoe picks included in the sale, below.

Super-soft and ready for sweaty activities, this tank will come down to $11.89 on Dec. 10.

Light camel-colored boots are an unexpected neutral to wear all season long. Take 30 percent off this pair on Dec. 10.

A basic with a spin, this puff sleeved top will be under $15 on Green Monday at Target.

Down to $20.99 on Green Monday, these sparkly sandals are made for holiday parties.

This fleece-lined sweatshirt comes down 30 percent on Green Monday.

Moto jackets are a total staple, and this affordable faux leather option will be down to just $24.50 on Green Monday.

These cool green joggers come down to $20.99 during Target's Green Monday sale.

Velvet and florals are two trends this season — so be sure to snag this stylish dress for 30 percent off on Dec. 10.