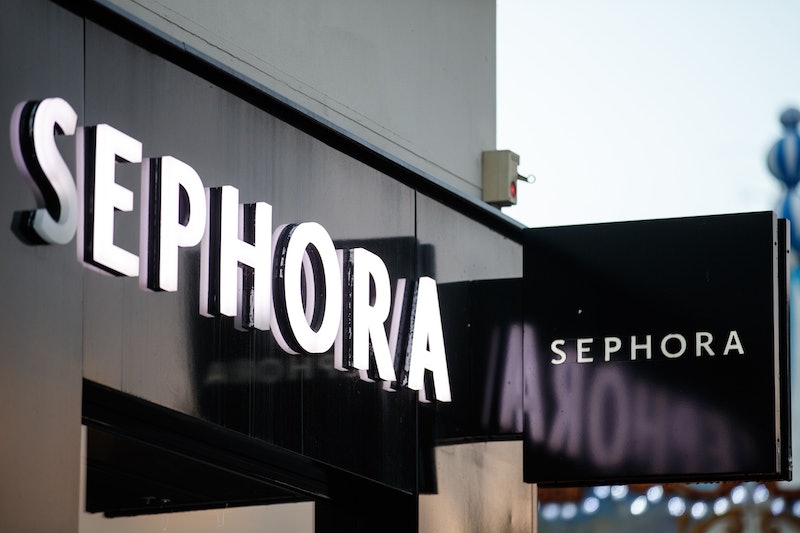 On June 1, Brother Vellies designer Aurora James called on major retailers to allocate 15 percent of their shelf space to Black-owned brands to reflect the percentage of Black people living in the U.S. Nine days and some 30,000 Instagram followers later, her call was answered by a multibillion-dollar beauty empire. Sephora is the first to join the 15 Percent Pledge.

Recent weeks have given rise to a new kind of social media campaign: one that demands transparency and diversity from America's cardinal corporations. In addition to James' 15 Percent Pledge, there's UOMA Beauty founder Sharon Chuter's new #PullUpOrShutUp initiative, which petitions brands to disclose their percentages of Black corporate employees.

Sephora has now participated in both of these campaigns, first revealing that African Americans account for 14 percent of its U.S. workforce and 6 percent of its leadership roles, now vowing to reserve a proportionate amount of shelf space to Black-owned businesses.

In a June 10 Instagram post, the retailer said it was committed to "all three stages of the Pledge," the first being to take stock of its current share of Black-owned brands, then to take ownership of those findings, and, finally, to take action.

Sephora also said in the announcement that it will use its incubation program Accelerate, a months-long project aimed to cultivate female founders in beauty, to focus on women of color.

"With unparalleled influence and power, not only in the beauty industry but in retail at large, Sephora is making a historic contribution to the fight against systemic racism and discrimination by taking this Pledge," the campaign responded on Instagram. "We commend their early leadership and look forward to working with them on their accountability and commitment as we join together in the mission to put billions back into the Black community."

"Now, who's next?" a later Instagram post said. Sephora is only one of the four retailers James initially called upon. The others are Target, Shopbop, and Whole Foods, none of which have responded so far.

In addition to its participation in the 15 Percent Pledge — and the #PullUpOrShutUp initiative — Sephora has collaborated with the National Black Justice Coalition (NBJC) to bring educational Instagram Lives with its executive director, David Johns, to the retailer's 20 million followers.