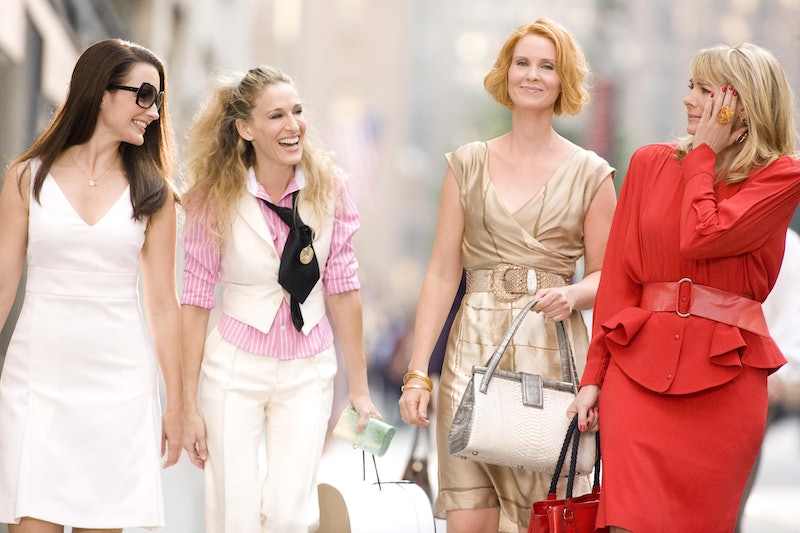 For many women, the teens and 20s are decades in which one’s cup runneth over with friends. Between the playdates, school, extracurricular activities, and first jobs, creating new relationships often happens seamlessly. However, as one ages, these “natural” occurrences can become less, er, natural. In fact, making friends in your 30s can often seem like a foreign and sometimes uncomfortable concept.

So what can account for the big friendship shift that seems to occur once you hit your third or fourth decade? According to Montreal-based therapist and friendship researcher Miriam Kirmayer, the answer here is simple: life. “On the practical side of things, building careers and raising families can make it difficult to maintain and build friendships,” she says. “Actually, friendships are usually the first thing to go [once we hit these milestones]. We often see friendships as a luxury and can sometimes let them slide.”

That’s not to say women don’t value or need relationships as adults. In fact, a UCLA study on relationships among women showed that, when engaged in tending or befriending, “studies suggest that more oxytocin is released, which further counters stress and produces a calming effect. This calming response does not occur in men.” Science has spoken — women need each other.

“We have robust data that shows that being more socially connected significantly influences our physical health and longevity,” says Dr. Julianne Holt-Lunstad, professor of psychology and neuroscience at Brigham Young University. “It significantly reduces our risk for premature mortality (earlier death) at a magnitude on par with (or exceeding) other factors that we take quite seriously for our health such as diet and exercise. Nurturing and maintaining close social relationships (friendships and other kinds of relationships) should be thought of as part of a healthy lifestyle.”

To be clear, most women have a plethora of existing friendships well into their 30s and beyond but, so often, these bonds are formed in one’s teenage years or their 20s. “Realistically, by their 30s, women are a bit more set in their ways,” explains Kirmayer. “They have their existing social and personal circle, and might feel stuck in that, whether they’re happy or not.”

Practically speaking, creating new, substantial relationships in your 30s and beyond makes a lot of sense because this is when you become more settled in yourself and have a better sense of what you need from relationships and people. So how does one do it and, more importantly, how do you make these newfound friendships stick for the long haul?

Step Out Of Your Comfort Zone

According to Kirmayer, trying something new is a great step to building friendships as an adult. “I recommend trying a new hobby or activity and finding something you’re passionate about,” she says. Joining extracurriculars like running groups, pottery classes, book clubs, etc. are great ways to get plugged into community and meet people with similar interests and passions, which is always a great way to start any relationship.

Once you’ve met someone you’d like to pursue a friendship with, Kirmayer suggests doing the leg work in making it a meaningful one. This requires you letting your guard down and being a bit vulnerable (if you feel safe to do so — don’t force it), which can sometimes be difficult. “Build momentum,” she suggests. “Share personal information with the intention of getting closer and building friendship. Make sure you check back in and try and take the connection past the realm of similar hobbies or interests.”

Another way to build momentum is to share memorable experiences and moments with your friend(s). “Going through major life stages like parenthood together or taking a big trip are great ways to bring people closer as adults,” says Kirmayer. Try getting together for holidays or long weekends, or plan a roadtrip or bucket-list vacation with your new friend or friends. These special moments become ingrained in your memory and can often solidify a bond with a person or group.

In order to sustain any longterm friendship (or relationship for that matter), consistency is key, says Kirmayer. “This looks different for everyone,” she explains. “Everyone has their own needs and ways in which they are involved in friends’ lives. Some people need once a week, while some best friends see each other once a month or less — but that doesn’t make it any less special.”

The important thing to note here is to communicate and be clear what each other’s needs are to keep the friendship strong and meaningful. “If those needs are mismatched, that’s when you run into trouble,” says Kirmayer. “Keep an open line of communication […] Have a sense of who you are and who will fit into your life easily and ultimately be beneficial emotionally.”