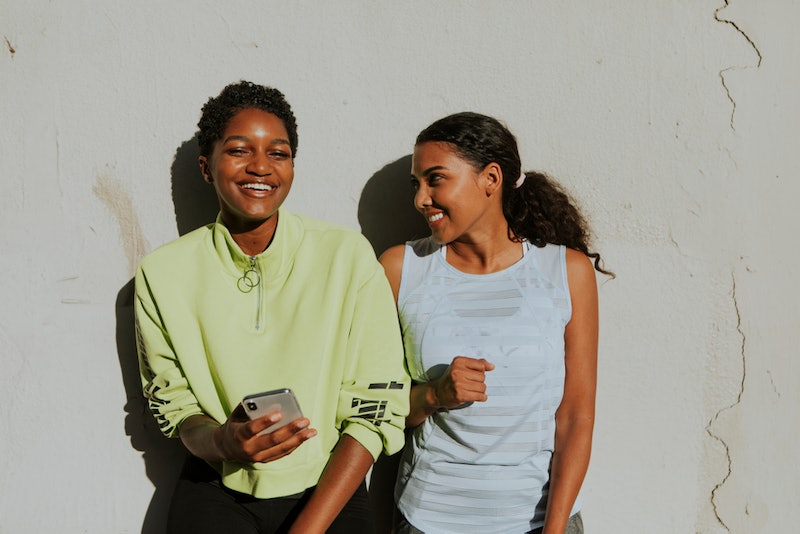 Let me preface this by by admitting that I haven’t experienced earth-shattering, soul-crushing heartbreak from a significant other. I’ve definitely shed some tears and had my ego bruised on multiple occasions as a result of a failed dating relationship, but the most heartache and loss I’ve ever experienced came from breaking up with my best friend in my 30s.

Now, the reason I age myself here is intentional. To be clear, I’ve gone through the natural process of growing out of friends from college and jobs I had in my 20s — the friends I had classes with, partied with, and took “executive” lunch breaks with. The loss of these relationships, even if I spent a good amount of time in them, felt inconsequential in that we were usually bonded over something somewhat superficial that also had an expiration date. While a handful of these people can turn into lifelong friends, the chances are pretty slim because more often than not they seem to serve a specific (and temporary) purpose. At some point, someone graduates, gets a new job, or moves away and the relationship just slowly and painlessly runs its course (with the exception of an occasional "like" or comment on Instagram, of course).

This is not the type of breakup I’m referring to. I’m referring to the end of a much stronger bond and emotional intimacy between two women. I’m talking about the person who’s seen the good, the bad, and the very ugly and knows where all the bodies are buried, so to speak. This summer, after years of kicking, screaming, and fighting it, I had to let go of one of those people — and it sucked. Oh, and to make matters worse, we were also roommates (in a rent-control apartment, no less).

For context, this friend was not one I had for decades or an incredibly long time. We met when I was in my mid-20s and became close friends fairly quickly. While we had a few disagreements and some bumpiness in the beginning, the friendship always seemed to bounce back and remain secure. Despite being different characteristically (she’s Type A and I’m very Type B), we were in very similar places in life in regards to career, dating, and social lives, and I always felt safe around her. She was the practical, responsible Monica Geller to my emotionally driven, sometimes-irrational Rachel Green — and it worked.

It wasn’t until about three years in that things started to shift. At this point we’d rented a little two-bedroom apartment in Santa Monica, ran in the same circles, and were living parallel lives that were seemingly moving in the same direction. Then, something just happened. Strangely enough, around my 30th birthday, things slowly began to unravel, things that seemed like small cracks in an otherwise smooth surface. By cracks I mean the little personality differences that never used to bother me or even notice before: the way we each handled stress and conflict, communication style, social schedules, etc. “In our 20s, we’re all about exploring who we are and figuring out what’s important to us,” says certified relationship specialist Lori Ann Davis. “When we get to our 30s, we generally have this clear picture of the vision for our lives. We have a better understanding of our fundamental goals and values and feel more settled... You’re moving toward something and if your path is not parallel to that of your friends, friendships dissolve.”

For instance, the let’s-fix-it, take-charge attitude I used to appreciate and admire in my friend started to feel controlling and belittling. I didn’t want a friend that simply wanted to fix all my problems, I wanted one that would encourage me through them and empathize with me. As a result, I stopped feeling safe within the friendship, which is a recipe for disaster.

Conflict and differences are healthy parts of any long-term friendship or relationship, but if they are coupled with or a direct result of something bigger — say growing apart or changing of values or belief systems — the result can be devastating, especially if it all goes unaddressed and is allowed to fester. “In all close relationships, very infrequently do people mutually decide they’ve grown beyond each other and wish each other well,” says Davis. “Usually you want to fight and get mad and need something dramatic to happen in order to part ways. Someone normally has to be wrong.”

So was the case for me. For the next two years, I allowed little hurts (on both sides, as I threw my fair share of jabs) to become bigger hurts and, to be honest, I didn’t handle it well. At first, I was incredibly sad and lost sleep over finding a solution to getting that symbiotic relationship back. But then, after futile efforts and months of walking on eggshells, the sadness turned to hardness. Those cracks I mentioned before became a massive chasm, and the compassion, interest, and enthusiasm I once felt for my best friend started to decay completely. This indifference and callousness scared me more than anything because it’s not a normal characteristic of mine. I truly didn’t like who I was in this friendship anymore. The yin-and-yang relationship that once felt so balanced became, well, unbalanced. But, in the same token, I didn’t want to lose this person that had been a mainstay in my life for the past six years.

I’ve often wondered why I wrestled with this for as long as I did and why this platonic friendship caused me more pain than any romantic one. According to Davis, the bond between women actually dates back to our cave-dwelling days: “Women connected through communication,” she says. “They bonded for comfort and security and learned to problem-solve by sharing. We haven’t evolved much in this way since then.” While I realize this is definitely a generalization and a subjective opinion, there is some truth to that theory in my own life. That said, when the said bond started to break in my friendship, the security and comfort went out the window as well.

In the end, I finally bit the bullet and made the decision to get a place of my own. By the time moving day came around, I felt no emotion or sadness, just a sense of peace — which means it was the right time to move on. I didn’t move far from my former BFF — just a block down — but the change has been substantial. We still check in from time to time and see how the other is doing. We also still see each other at parties and get-togethers, but the difference in dynamic is totally apparent. She’s not the first one I call when I’ve had a bad date or something exciting happened at work, and vice-versa. And while the initial thought of this change once terrified me and broke my heart, I realize it’s exactly what I needed.

Truth is, I’d become too dependent on that particular friendship for validation and comfort. As I've gotten older, I've learned how important it is to reserve that role for yourself. And, while it still hurts to know that connection is changed forever, it feels pretty darn good to know the connection with myself is now my top priority. Sorry, genetics.