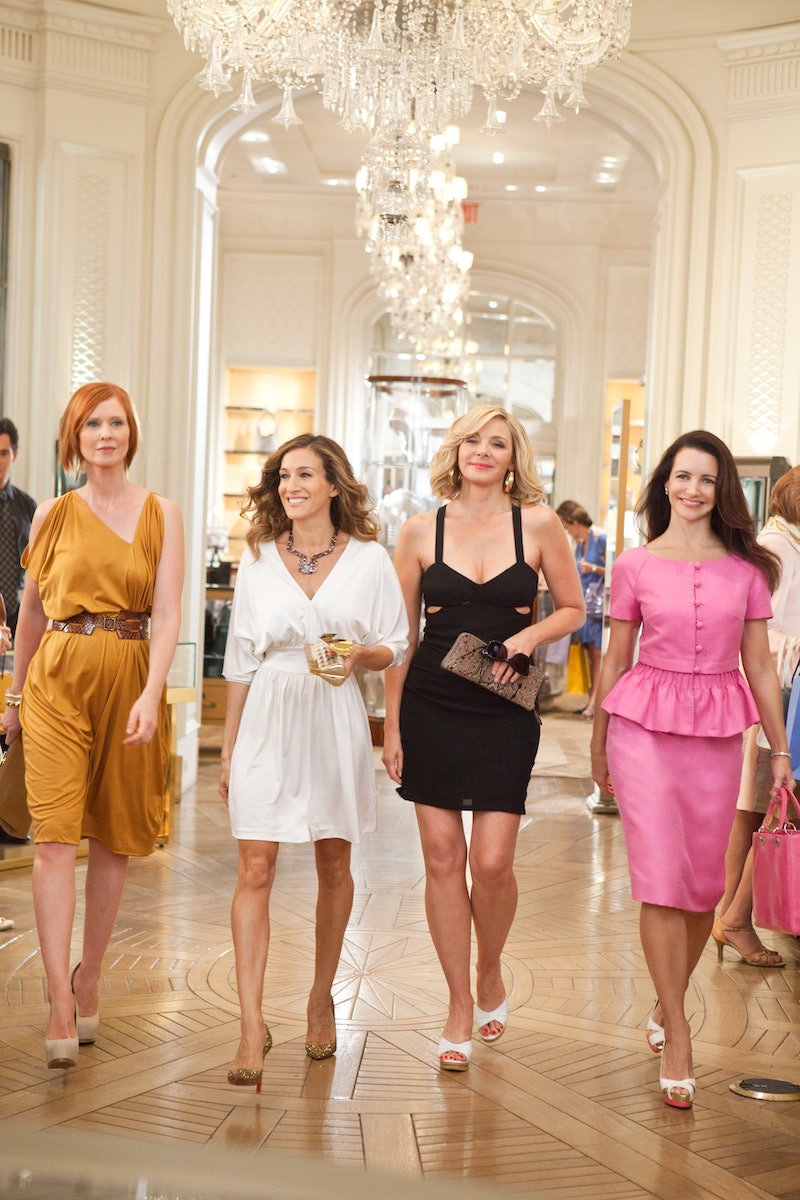 For the past year, it seems everyone has been impacted by social distancing and quarantine life. But for some, the time indoors has caused them to revaluate their friendships and relationship patterns. Are you in this boat? The truth is, building long-lasting, authentic bonds is no easy task. And for some, creating said bonds with women in particular can be difficult. If you’ve ever been one to ask yourself, Why don’t I have female friends? read on.

Turns out, it could be a culmination of things, from being stuck in a routine to falling prey to the societal pressures of #squadgoals, to letting bad experiences tarnish your view of female friendships overall. But, as it happens, making connections with other women is well worth the effort, no matter what your preconceptions are.

“I look at female friendships like an elected family,” says Amanda Huggins, a yogi, meditation teacher, and anxiety coach. “You don’t have to be connected, you’ve chosen to be. There’s an enormous amount of love that’s required for that kind of support, and it’s not something to be taken for granted.”

If you’re wondering why you’re lacking in female friendships, read on. Ahead, an anxiety coach, a therapist, and a friendship expert share their insights on why it can be tough to make and sustain platonic relationships. Further, they share their best tips for building fulfilling friendships that go beyond grabbing brunch.

Why I Don’t Have Girlfriends: Places To Socialize Are Limited

Let's face it: If your life has settled into a routine (work, home, errands, repeat), it's harder to meet new people, in the first place. Rachel Lustig, a therapist at NYC Cognitive Therapy, a private practice in Manhattan, notes that this is the first obstacle to overcome. "Throughout our childhood and adolescence, school gives us this built-in structure and ample opportunity to meet other females who are around the same age and share similar interests," she says. "Women find that once they leave college and move to a new place, friends are not as readily available. It suddenly takes a lot more effort to find like-minded women who you connect with."

Lustig adds that making new friends as an adult is kind of like dating, since it requires you to step outside of your comfort zone to meet new people. "Commit to exploring one or two new places each week," she recommends. "Maybe you try a new workout class or attend a talk at a local bookstore. This can be a great way to put yourself out there and meet other women with similar interests."

As far as breaking the ice, Lustig reasons, "Remember that there are likely hundreds of other women in your town who feel just like you. Do a little experiment and see what happens if you ask that woman you always talk to at your yoga class to grab coffee after class. Chances are that she will be thrilled that you asked."

Why I Don’t Have Girlfriends: Too Caught Up In Having A "Crew"

Maybe you have a list of ladies you can call up for cocktails, but when it comes to having confidantes, you turn up empty. To that, Huggins says she's noticed a "quality versus quantity theme" when it comes to addressing friendship with her female clients. "The difficulty that I see many women fall into has to do with the societal pressures we face, especially from social media," she says. "We’ve been trained that we need to have a large 'crew' to be happy, and in that never-ending attempt to avoid FOMO, we’re actually missing out on something much deeper: connection."

She mentions that, especially in this digital day and age, it's easier to keep friendships on the surface. And while they may look good on the outside (i.e, on Facebook), they're much less fulfilling. "The obstacle is that [sincere] friendships require a deeper level of vulnerability," she says. "We have to be fully ourselves in order to attract and connect with girlfriends who are on our same wavelength. That type of vulnerability can feel really scary."

Why I Don’t Have Girlfriends: Playing Roles To Please Others

Speaking of keeping up appearances, Huggins notes that many women play the role they think will make others like them. "Years ago, I shared the same woes that many of my clients come to me with today: Lots of friends, but not many that really understood me at my core," she recalls. "A big part of that struggle was that I wasn’t actually showing people who I actually was. I was still playing the role of 'party friend,' or 'workaholic,' so friends around me responded to that energy. I’d get invited out to drinks every night, but the conversations were surface-level and unfulfilling."

In other words, if you want to attract like-minded people who you can forge a real bond with, it's imperative to just be yourself. "If there is a type of friendship you are craving, it exists," Huggins promises. "It’s helpful to have an idea of what you’re looking for, so that you don’t settle with something that’s ultimately unfulfilling."

Why I Don’t Have Girlfriends: Not Putting In The Time Or Effort

Just like any other relationship, friendship takes work. "Consistent interaction is one of the three requirements for all healthy relationships," Nelson explains. "Without interacting or spending time together, we can’t have the other two requirements: positive feelings (enjoying each other) and shared vulnerability (getting to know each other)."

Unfortunately, in today's fast-paced culture, maintaining friendships often gets pushed to the back burner. "With a general feeling that most of us are too busy, we aren’t putting in the hours that allows for real friend-timacy— the intimacy between friends— to develop," Nelson says. "I’d definitely say that if more of us invested more time in seeing the same people repeatedly, we’d begin to feel the benefits of feeling supported and seen in safe and satisfying ways."

Make sure you set aside time with your girlfriends by scheduling a get-together like you would a yoga class. After all, it might be just as good for you. "When we look at what makes the biggest difference to our health and happiness, healthy relationships top the list," Nelson says.

Why I Don’t Have Girlfriends: Bad Experiences In The Past

You've heard it before, and maybe you've said it yourself: women declaring that they "just don't get along" with other women. However, Nelson says that this is a generalization that's likely linked with bad feelings from the past. "If some women have a hard time with friendships with other women, it often comes down to a past failure of two requirements of friendship: positive feelings and shared vulnerability. In these cases, women have usually had some negative experience in their friendships which have left them believing that they can’t trust other women or fear that they will be hurt."

She adds that some females may find that the "less sharing, more doing" style of many male friendships better fits their personalities, and that's okay. At the end of the day, it's all about finding connection. "This is less about one gender being a better friend or not," says Nelson. "I am all for women building healthy friendships with men that feel good to them, [but] I’d also remind that those bad experiences weren’t about female friendship as much as they were about unhealthy relationships."

In other words, don't write off all female friendships because you've dealt with cattiness and betrayal somewhere along the line -- you could miss out on some truly great connections. "There is something magical and resonating about being close to other women," Nelson adds. "Knowing I have women who love me no matter what empowers me in this world to show up in ways I never could if I limited my life to romance or casual friends."

This article was originally published on 2.3.2019