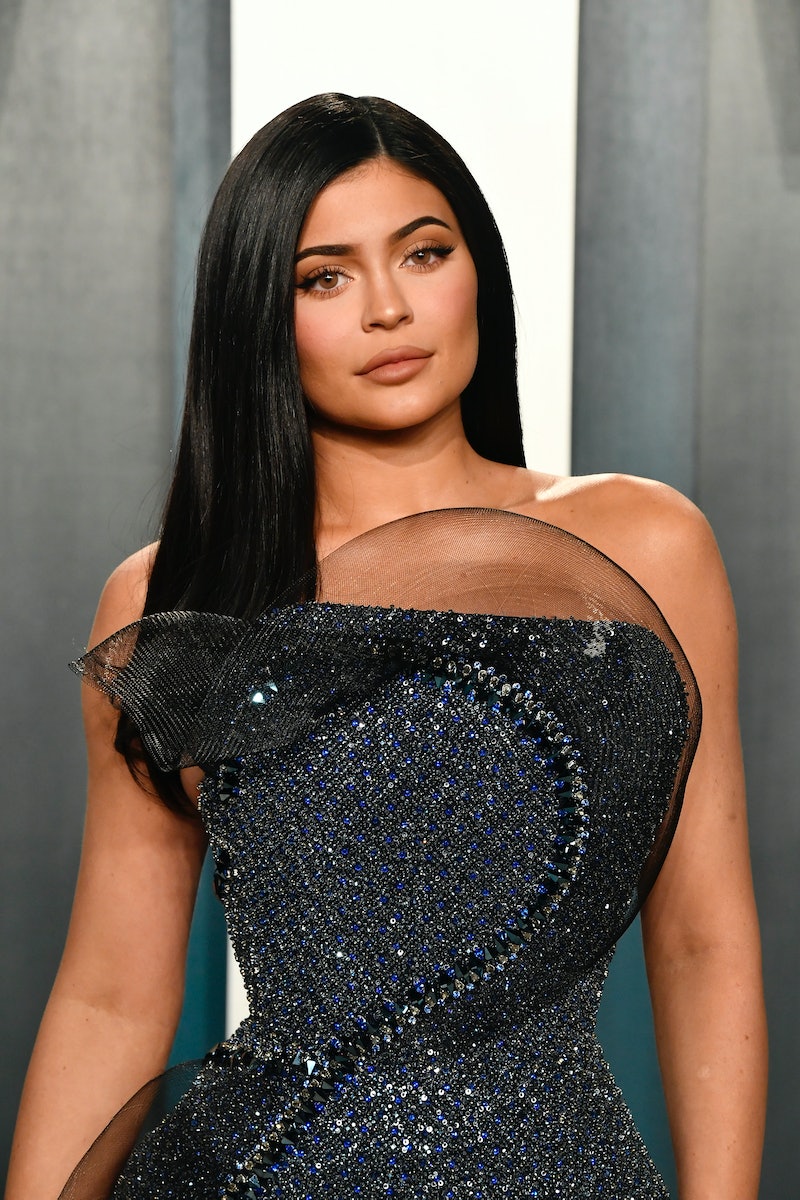 Does anyone else have whiplash from the hair dye wars taking place the last few months? Before the world could adjust to a sea of pink hair, bronde highlights took over. Then, out of nowhere, blonde curtsied its way in. But now, Kylie Jenner's light brown hair is the latest shade to pop up on Instagram.

If you're the kind of person who's been thinking, "yeah, no thanks" to pastel pink or blonde the past few months, Jenner's new color is a refreshing shade to try. On July 1, her colorist Chris Appleton shared an image on his feed of the youngest Jenner sister with milk chocolate brown hair. She rocked the new color wearing a dusty rose corset and a full face of makeup done by Ariel Tejada that closely matched her hair and outfit.

Hairstylist Jesus Guerrero was responsible for the glamorous side-swept waves that her hair was styled into, and a video both he and Appleton posted allowed followers to get a closer look at the color and style. While it's certainly milk chocolate brown, when Jenner moves her head around, it takes on a subtle tinge of strawberry when the light hits it.

Even though Jenner's new color is a fresh change, it's more of an anti-trend when you compare it to the other celebs who have recently dyed their hair. Stars like Kaia Gerber, Millie Bobby Brown, Ciara, Elle Fanning, Emily Ratajkowski have currently joined one of two main teams: light pink hair wearers (and all other pastels for that matter) and blondes — bleach, honey, platinum, you name it, but Jenner did her own thing.

Despite Jenner's hair basically being the opposite of the other trends, this new color in particular received a star-studded list of commenters. Two of Jenner's sisters — Khloé and Kim — as well as her mom Kris Jenner all gushed over the brunette on a post she shared. On Appleton's picture, Paris Hilton commented, "Loves it" with a fire emoji. But the most fitting comment of all was from none other than See's Candies, who commented with a heart eyes and a chocolate bar emoji — well played, See's, well played.