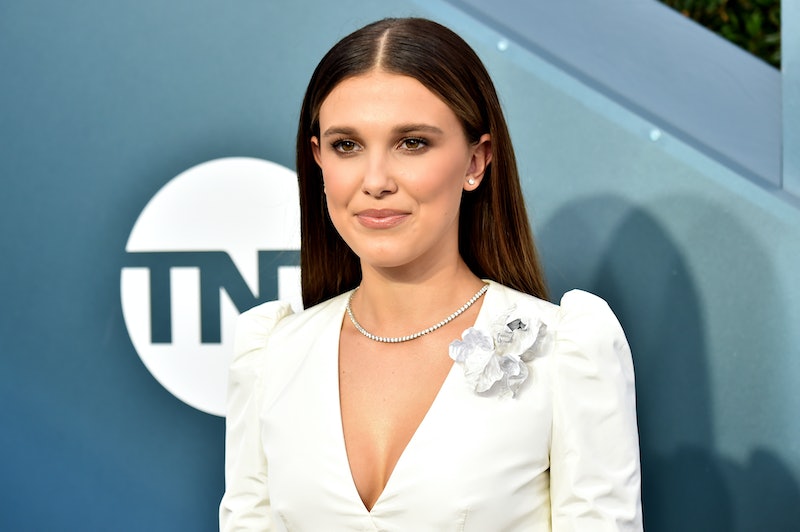 In the selfie she took from the seat of Jacob Habib Khan's hair salon, the 16-year-old has waist-length ombré hair. But this certainly isn't the first time she's traded out her signature shoulder-grazing bob for lightened-up extensions — not even in the past month, in fact. On June 12, she trialed a similar long, warm-blonde look with cascading mermaid waves that matched her poodle, Winnie, she was unreluctant to point out in the Instagram caption.

Now, the new color and length seems to be a bit more permanent. Khan confirmed that Leah Cobb was responsible for the extensions and he for the fresh and summery golden shade. On his own page, he said he used Goldwell, for which he is an ambassador and whose DIY dyes can be found at Walmart (you know, just in case you still aren't able to reunite with your own colorist).

The big reveal came as a two-part slideshow, one photo featuring a poker-straight style and the other showcasing soft curls. James Charles and Joey King were quick to chime in on the comment thread, as was Netflix itself, which voted for "both, obviously."

What was just as surprising as the hair transformation, however, was the fact that Brown suddenly looks to be a full-blown adult, with her light-wash jeans and matching denim cropped jacket, her rectangular shades sitting coolly on the bridge of her nose. The Brit who once became one of the youngest Emmy nominees in history, at age 13, is now not only a clean beauty brand founder (Florence by Mills, in case you aren't already familiar) but also a bonafide social media influencer. Cue 2020's MBB-inspired blonde hair trend.