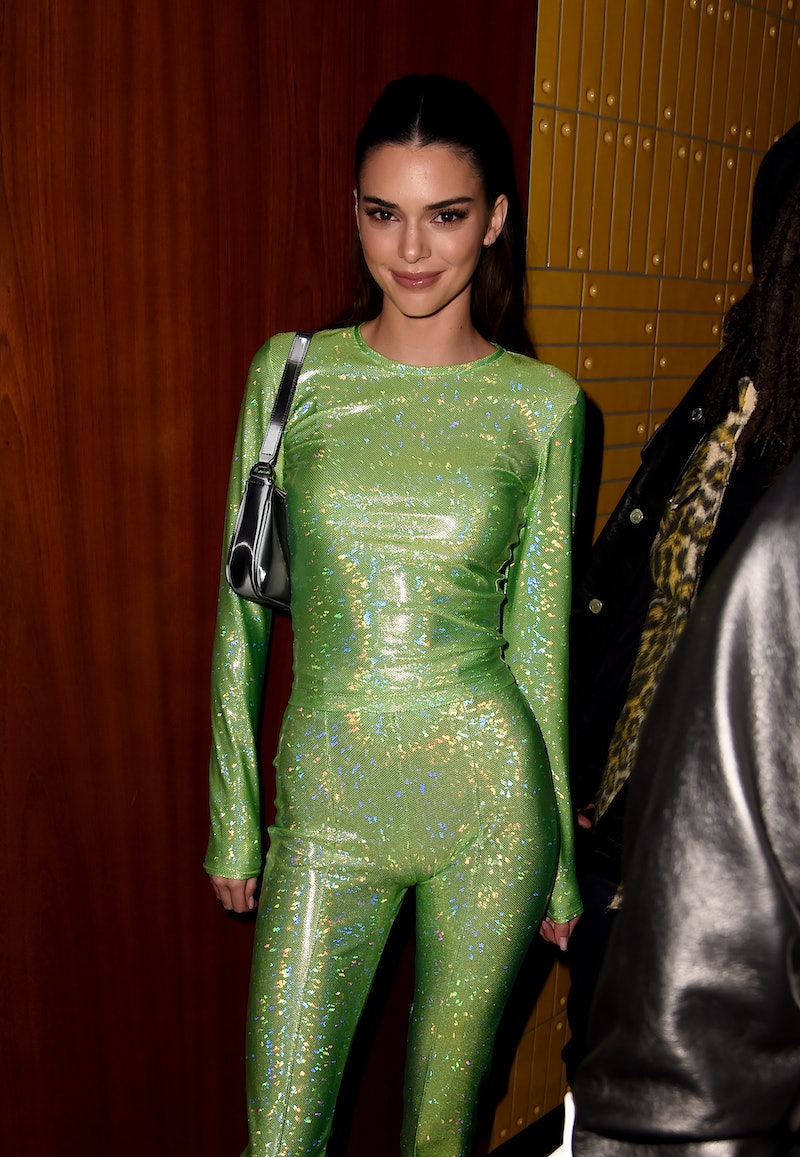 Save for a few rule-followers, there's been a heavy stream of celebrities opting for unexpected hues on their nails this fall, such as light blue, baby pink, and now pastel green. This most recent choice could arguably become a fall favorite this year, since green rarely makes an appearance when it comes to makeup. This is a shame because green can be zen; it can be edgy; it can be anything really — so leave it to the queen of green herself help you out. Kendall Jenner's pastel green nails, the most recent polish choice for the model, are now here to serve as your unofficial guidebook.

As proven by Jenner, green deserves more than the occasional consideration, especially since it's remarkably useful for wearing during the awkward in-between stages of summer and fall. After a visit to Modern Pamper Salon — a favorite of the Kardashian-Jenner clan — she came back with a fresh paint job that followed a stint with a light blue French manicure.

Her technician filed her long nails into square tips and brushed on a few coats of matcha green. It also appeared to be similar in nature to the manicure her sister got back in March from the same salon.

Kylie had Jade Dynasty from IBD painted on her nails, and while there's no confirmation it's the same lacquer, her older sibling's nails look eerily close in color. Not to mention, the two have selected to get matching manis before.

While pistachio might seem like a random choice to waltz into fall with, Jenner actually already has a love for all things green. In fact, she has an entire Instagram highlight dedicated to the hue and has been seen rocking green eyeliner, dresses, pantsuits, sandals, and glittery jumpsuits. It's only a matter of time before these nails show up on there, too.

You can go green yourself and shop a few shades similar to Jenner's pick, below.