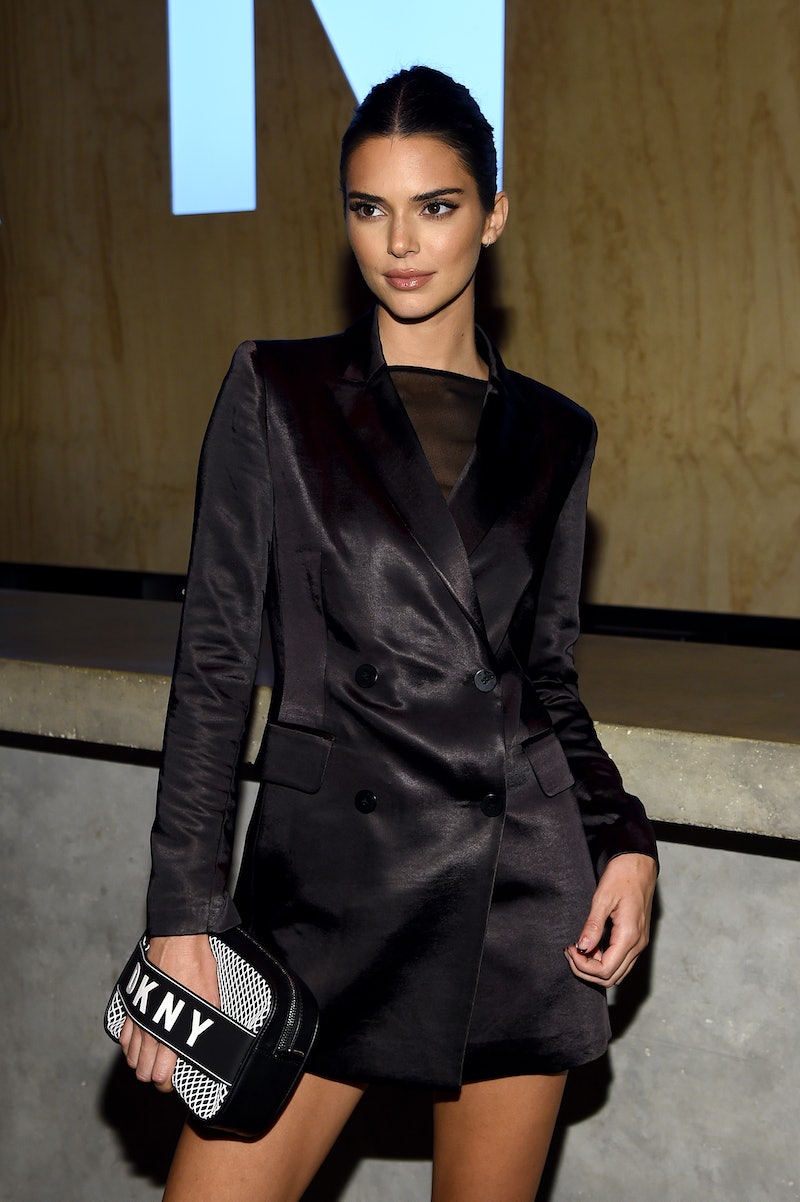 Kendall Jenner might not be walking in New York Fashion Week this season, but she's certainly proven her sartorial strength, even whilst taking part in fashion month's official kickoff from another point of view. The tastemaker has been sitting front row at some of the biggest shows of the season, making an appearance at every major party, and she's even getting in a bit of shopping, too. Each new outing offers a new outfit for the fashion-focused to obsess over, but there's one particular facet that has everyone buzzing: Jenner's affinity for black knee-high boots.

The New York Fashion Week street-style scene is basically like an endless open-air runway show for you to admire (and draw inspiration from). That means you should pay equal attention to those looks that make their way down the runway as the ones that debut on the Big Apple streets.

There's certainly been a common trend of neutrals flooding NYC's streets right now, but as Jenner makes quite clear with her off-duty getups, black, and more specifically, black knee-high boots are destined to be her fashion month (or better yet, fall 2019) outfit MVP.

On Sept. 10, Jenner was photographed out and about in New York, alongside Kim Kardashian West. The two managed to squeeze a bit of retail therapy in between shows, and of course, both were dressed to the nines. Kardashian West rocked a metallic top and leather pants, while Jenner took an easy, breezy button-down LBD from Ports 1961 out for a spin.

Slung over her shoulder was Staud's newest moon bag, which, as the name suggests, is designed in a crescent moon shape, while a pair of black sunglasses shielded her eyes from the bevy of photographers.

Trekking around the city calls for practical shoes, which, in Jenner's case, were knee-high leather boots with a block heel (a huge bonus in the comfort department) and a slouchy silhouette that you'll see a lot more of in the coming weeks.

The best part about Jenner's black boots is that they can be styled with just about everything in your closet, whether that's a dress, jeans, or a slip skirt, and they're timeless, too, which means they boast a great cost per wear. What more could you ask for in a fall shoe?

Ahead, shop The Zoe Report's favorite tall black boots, all of which draw inspiration from the pair Jenner just stepped out wearing.

Don't let the price tag on these Gianvito Rossi boots scare you away. They're a forever fashion find that you'll wear again and again — and again.

Just like Jenner's, these Cole Haan boots feature a block heel. Wear them with an LBD to emulate the model's latest look perfectly.

These tall black boots are perfect for a minimalist dresser. They feature an elegant slim-line silhouette and a chunky block heel you'll actually be able to stand on all day.