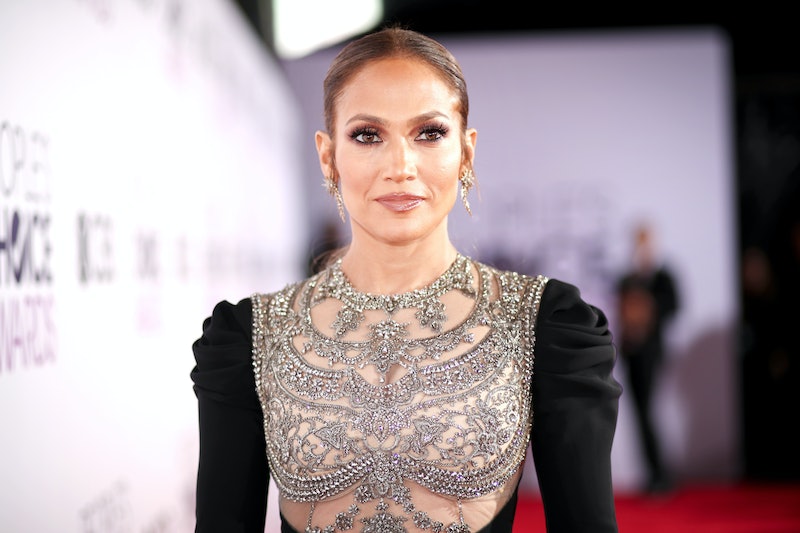 It was the news that took Instagram by storm this weekend: Alex Rodriguez officially popped the question on Sat. in what appeared to be a romantic beachside proposal. And to say Jennifer Lopez's engagement ring is one for the books would be a serious understatement. Aside from being incredibly stunning, the singer's new bling also comes with a jaw-dropping price tag, according to Kathryn Money, vice president of strategy and merchandising at Brilliant Earth.

March 9 proved to be quite a memorable day for Hollywood power couple, J. Lo and A-Rod. While on a romantic getaway in the Bahamas, the former MLB player asked for Lopez's hand in marriage with the perfect sparkler.

"J. Lo’s stunning engagement ring from A-Rod appears to feature a 12 to 15 carat emerald-cut diamond in a classic solitaire white gold or platinum setting," Money shares with The Zoe Report over email. "The elegant simplicity of the ring’s design allows the gorgeous, show-stopping center diamond to be the focal point."

The singer's dazzling new accessory is incredibly enchanting and, according to Money, is estimated to cost easily over $1 million, "depending on the quality and specific characteristics of the diamond." That puts J. Lo's bauble on the list of most expensive celebrity engagement rings ever, right after Blake Lively's, which was valued at a cool $2 million.

Not only did A-Rod pick out a ring that's right within Lopez's wheelhouse — glam and glitzy is the name of the game when it comes to the singer's fashion choices, especially on the red carpet — but it also aligns with one of 2019's biggest jewelry trends.

The timing of Lopez and Rodriguez's engagement couldn't have been more perfect, either. On Feb. 3, they celebrated their two-year anniversary, with A-Rod popping the question a few weeks after the relationship milestone.

The ring just made its official debut, so it may be quite some time until other wedding details (read: the official date and the bride's dress of choice) are unveiled. But if the past is any indication, it's likely the couple will take to Instagram to further reveal news surrounding the big day.

Until then, you can either admire J. Lo's bauble from afar, or get in on the popular ring trend by shopping The Zoe Report's roundup of emerald-cut diamonds that are sure to dazzle.

Get in on 2019's biggest engagement ring trend with this emerald-cut ring that's made out of recycled precious metals.

If you tend to gravitate toward sparkle, this diamond-lined band is your calling card.

The simple, sweeping band on this ring allows the glamorous emerald-cut gemstone to remain the focal point.