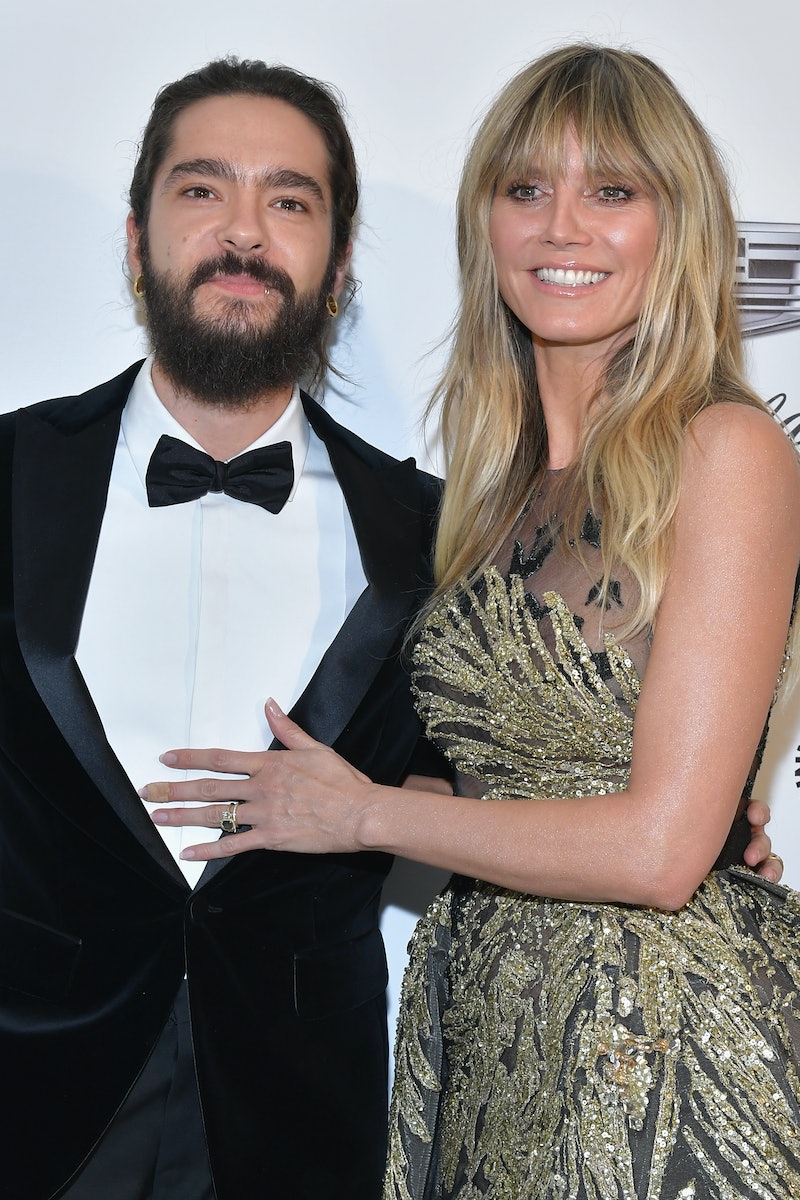 Summer 2019 will forever go down in history as the season for wedding announcements — and that includes those that flew under the radar. Yes, in addition to Sophie Turner and Joe Jonas, Zoë Kravitz and Karl Glusman, and Katherine Schwarzenegger and Chris Pratt, it appears Heidi Klum also secretly wed her now-husband Tom Kaulitz ... but no one knew about it.

According to PEOPLE, the supermodel is the world's best secret-keeper, as marriage certificates were obtained by TMZ showing that Klum and Kaulitz indeed made it official in February, just two months after announcing their engagement. This is Klum's third marriage and Kaulitz's second.

The proposal itself was also rumored to be a secretive affair as Klum was spotted wearing a large diamond ring on that finger months before the engagement was announced on Instagram in December, PEOPLE reports — although the TV host adamantly denied the speculations. Then, lo and behold, the black-and-white image of Klum with Kaulitz (who's in the band Tokio Hotel) popped up on the model's feed, showing her flashing her new sparkler with the simple caption: "I SAID YES."

According to reports from PEOPLE, Kaulitz popped the question on December 24, 2018 after first receiving permission from Klum's four children, Lou, Leni, Johan, and Henry (whom she shares with ex-husband Seal). Once he got their blessing, he then prepared a breakfast plate that included the ring box. “It was important for Tom to have the kids included in the whole thing, so they all brought the tray up to Heidi’s room and surprised her with breakfast in bed and then he proposed," said a source to PEOPLE.

The newlyweds, as far as the public knows, have been together since 2018, with their first red-carpet appearance at the Cannes amfAR Gala. Since then, Klum has given Instagram followers a peek into her head-over-heels love journey with the musician. Sweet candid shots of the two on vacation, at Disneyland Paris, and cuddling up at home are all posted for the world to see.

Klum's also been fairly honest about the romance in press interviews. “He is the kindest, sweetest, most caring, loving person," Klum said to PEOPLE of her significant other in September 2018. "I feel so lucky. I don’t know the last time I was this happy in my life. He is absolutely wonderful. Maybe it is because he is German and we understand each other in a different way. But so far so good.”

As far as an official wedding ceremony goes, it's unclear if Klum and Kaulitz will actually be throwing one or enjoying marital bliss as is. (The two have yet to confirm their official marriage news.) Stay tuned for more details to come on the newlyweds.