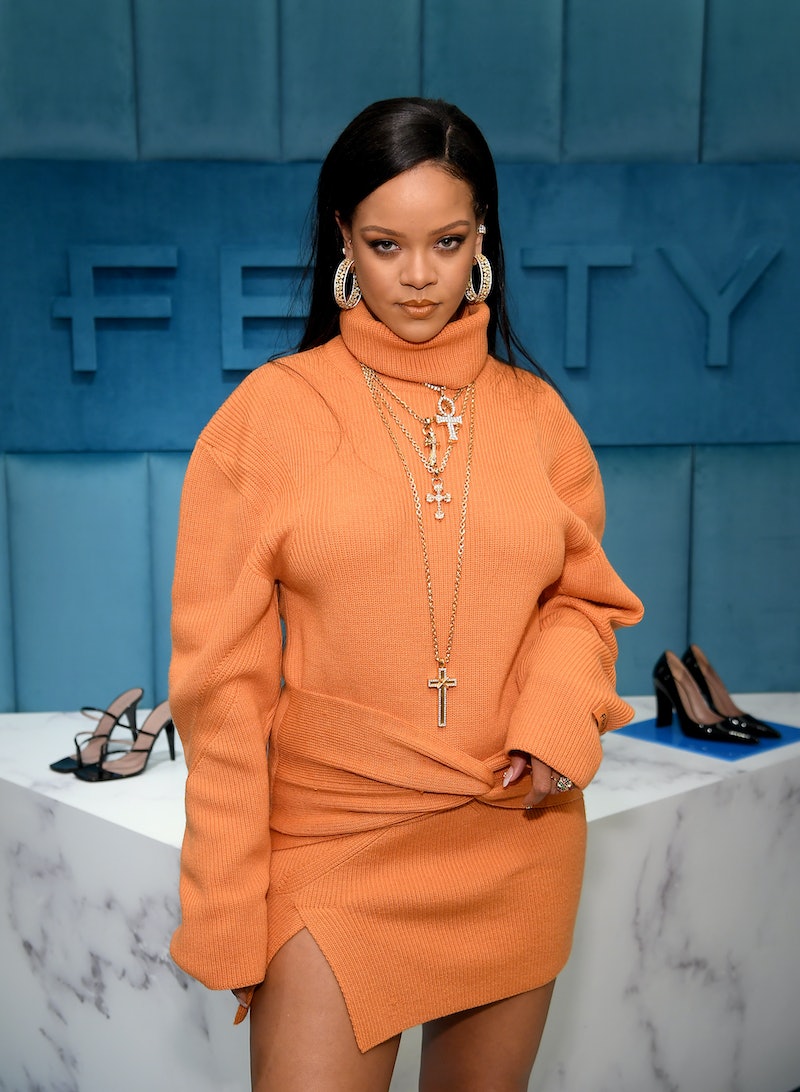 Bad gal Rihanna is giving the people what they want. And no, it's unfortunately not her ninth studio album (TBH, lost hope for that two years ago), but it is an entirely new product line that will have you seriously feeling yourself. Officially announced on July 14 via an Instagram post, Fenty Skin will launch July 31 — which is literally less than three weeks away.

The first rumors of a Fenty skincare line surfaced in March 2019 when a trademark for Fenty Skin popped up on the United States Patent and Trademark Office’s website; according to an article from The Zoe Report in April 2019, the trademark was intended for "medicated and non-medicated skincare, soap, body care, and personal care products (excluding color cosmetics, perfume, and other fragrance-only products), and related accessories such as kits, tools, and applicators." And now more than a full year later, the brand still hasn't said a single word about what to expect.

The only sneak peak, as of recently, is a video on the Instagram page that has Rihanna washing her face (cleanser, perhaps?), maybe using a serum, and possibly finishing with a moisturizer. While the products aren't described or listed, the multi-hyphenate's bare skin looks amazing, so, if that's any indicator of what to expect it's all good things.

Long before the video, though, the names of five products were listed on the trademark site, according to Elle: Buff Ryder, Instant Reset, Fat Water, Flash Nap, and Hydra Vizor. However, your guess is as good as anyone's as to what skincare items those link to.

And when it comes to the official Fenty Skin site, there's not much to be learned there, either. The site describes the brand as "the new culture of skincare," which may mean Fenty Skin's ambition is to end the cultural belief that skincare is solely for women. In 2017 a fan tweeted "if rihanna come out with fenty skincare line for men i'm changing my middle name to Robyn," and on July 14, 2020 Rihanna quote-tweeted it with "Whoever told you skincare has a gender, LIED to you! Hi Robyn! 😊 #FENTYSKIN". Woman, man, gender nonconforming? Looks like Fenty Skin will have you covered.

If this new skincare line is anything like the previous Fenty lineups — Fenty Beauty, Savage x Fenty, and the LVMH Fenty clothing line — it's bound to be a hit. Mark your calendars for July 31 or sign up on the Fenty Skin site for early access on July 29.