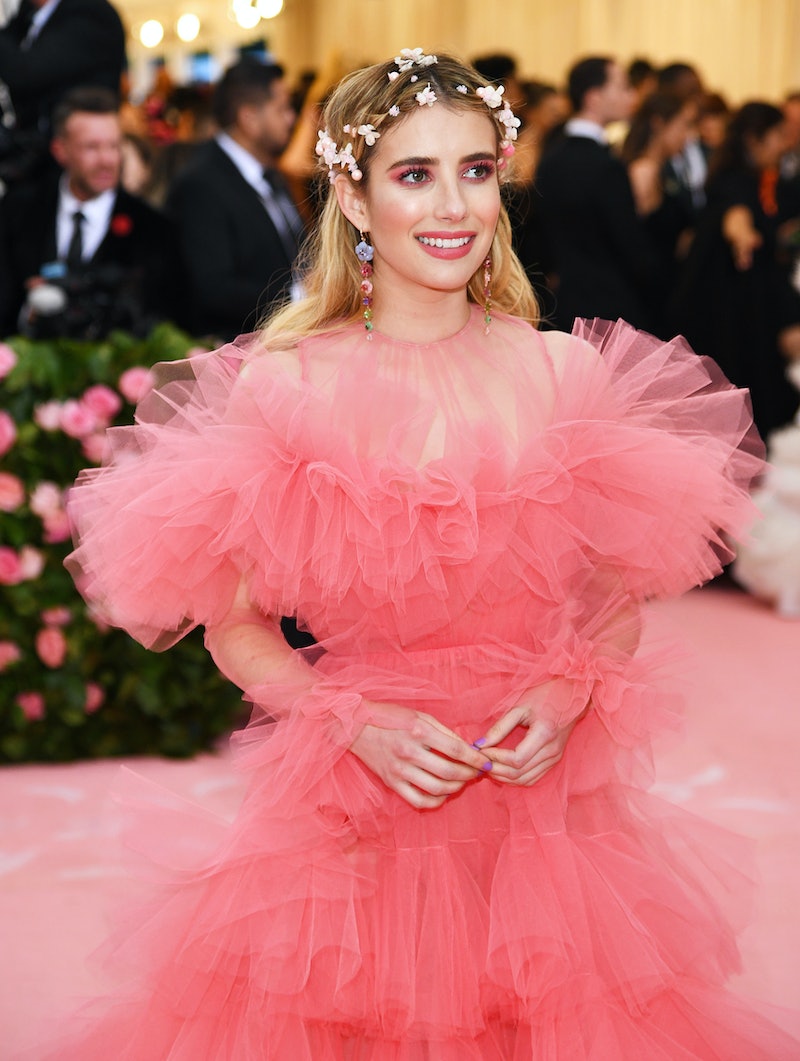 Emma Roberts might reside on the West Coast, but she's the unofficial queen of French-girl style. Striped tees, dark-wash jeans, cute red flats, and now, a gorgeous green gingham dress are all part of Roberts' Parisian-chic style approach that actually proves super simple to recreate. Need a lesson in emulating the looks on the streets of the City of Lights with a Cali-cool spin? Roberts is definitely your girl.

On Aug. 16, Roberts stopped by Melrose Place to get in a bit of mid-week shopping (and a mid-day dose of caffeine), wearing an off-duty getup that exuded French-girl vibes oh-so-effortlessly.

The hero piece in her latest ensemble? A fitted green gingham dress with a square neckline (a detail that's totally trending right now, thanks to the resurgence of the '90s), thin spaghetti straps, and a centered back slit that offers a bit of extra movement.

The frock hails from & Other Stories, yet another affordable brand celebs love to shop, and is, perhaps unsurprisingly, sold out — with good reason. It's Roberts-approved, so it's only natural it would fly off the shelves seconds after she's spotted wearing it, but it's also described to have a secondskin fit, which means it's not only a super cute way to channel French-girl style, but it's also quite comfy, too.

It's no secret that Roberts is an avid fan of Bulgarian-based By Far's shoes. For the Fri. outing, the actor slipped into the brand's Tanya sandals — a strappy lavender shoe set atop a chunky heel. She's worn this exact style countless times in the past and will likely continue to reach for them as long as the weather permits.

If you missed your chance to score Roberts' & Other Stories dress, don't fret, because the market is chock-full of similarly-chic finds. Ahead, shop The Zoe Report's favorite gingham frocks to help you achieve French-girl with ease.

Hold on to summer for a little while longer with this perfect green gingham dress. Wear it with espadrilles to further channel French-girl style.

This is the dress to wear to all your end-of-summer picnics. Style it with strappy heels, adding in a straw hat and a coordinating bucket bag.

It doesn't get more classic than a black-and-white gingham print. Add in a pop of color with bright-red lipstick.

How perfect is this dress? It pays homage to styles from the '40s and '50s, is designed in the prettiest pink hue, and comes with an optional belt.