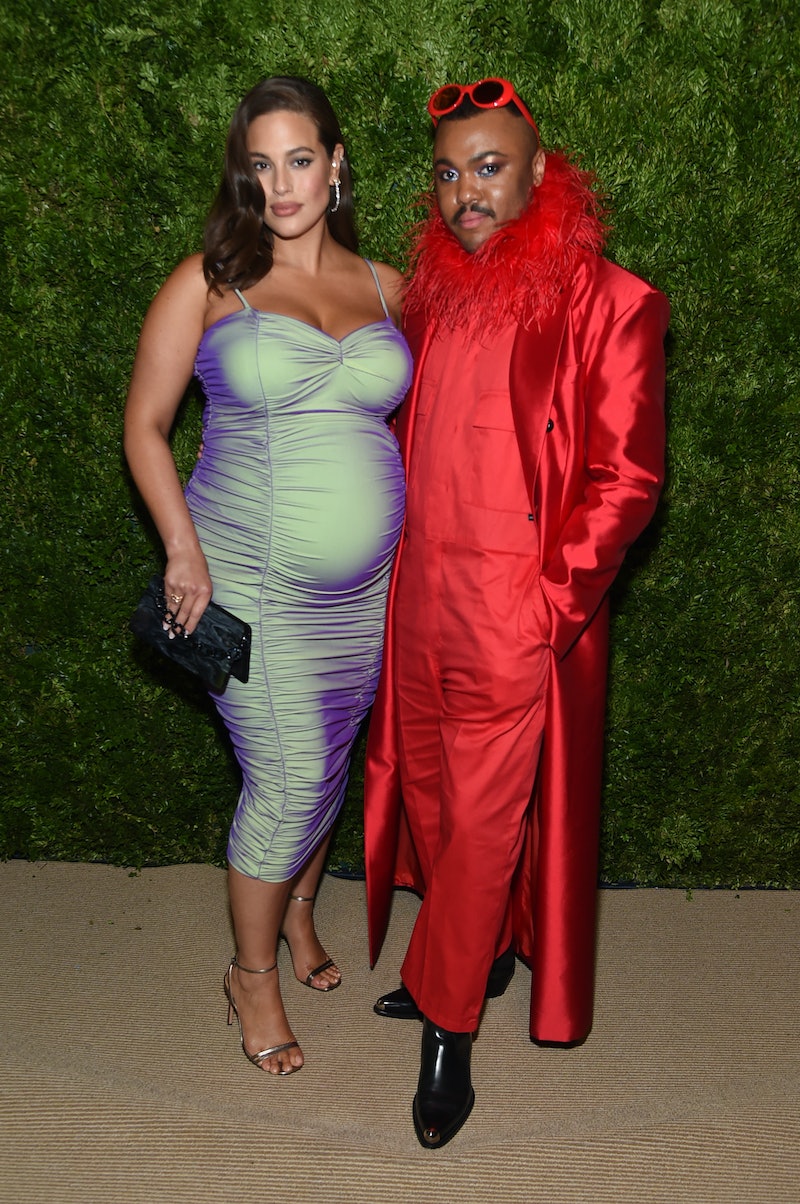 New York is an incubator for many young designers looking to break out and become the next American It-brand. Now, one emerging talent is one step closer. Designer Christopher John Rogers is the winner of 2019's CFDA/Vogue Fashion Fund which means not only can he add the award to his list of accolades, but he will also be the recipient of a $400,000 monetary award with which to further develop his namesake line. During his acceptance speech, Rogers thanked his parents and team, "through all the full-time jobs, all the leaving work early ... that have allowed us to be in this position. Thank you to the judges for seeing something in me and my point of view, although it is very specific. Thank you for trusting in me and allowing us to take the next step."

Rogers grew up in Baton Rouge Louisiana and is a graduate of The Savannah College of Art and Design. Though he is just 25 years old and has only presented his collection at New York Fashion Week for a total of three seasons, already his bright, visceral, and often high-volume designs have caught the attention of industry insiders and celebrities both. Rogers' clothes have already been worn by Michelle Obama, Lizzo, and Tracee Ellis Ross. During his Spring/Summer 2020 show, Rogers drew inspiration from an unexpected source — clowns. But his celebratory, highly saturated show was one that earned a standing ovation.

His graphic, eye-catching pieces have plenty of red carpet appeal, but they are also relevant to the everyday, infusing a whimsical sense of color and fun into workwear and eveningwear alike. Also notable, is Rogers' continued commitment to diversity, celebrating women of all ages and ethnicities and proving that luxury fashion is accessible for all women.

Streetwear line Reese Cooper and Bridal Wear label Danielle Frankel were the runners up of this year's competition, with an impressive list of other nominees including Collina Strada, Alejandra Alonso Rojas, and Lou Dallas. "With this year’s Fashion Fund finalists, we've seen not only great design and talent, but a wonderful commitment to progressive and inclusive values,” noted Anna Wintour, Editor in Chief of Vogue via press release. “Fashion should never be divorced from the values of the world and this year’s designers have taken that to heart." The program also has an impressive list of past winners including Kerby Jean-Raymond of Pyer Moss in 2018.

If Rogers' name is new to you, you'll want to make note to follow his Instagram for a chance to see his beautiful creations — which have quickly become favorites for editorial fashion shoots — but also for a look into what's going on behind the scenes as he works to create his newest collections. As he continues to grow and evolve as a designer, one thing is clear, Rogers' joyful, infectious energy is one that will continue to excite the fashion community and infuse a much needed sense of whimsy and energy into New York's often ultra-serious fashion scene.