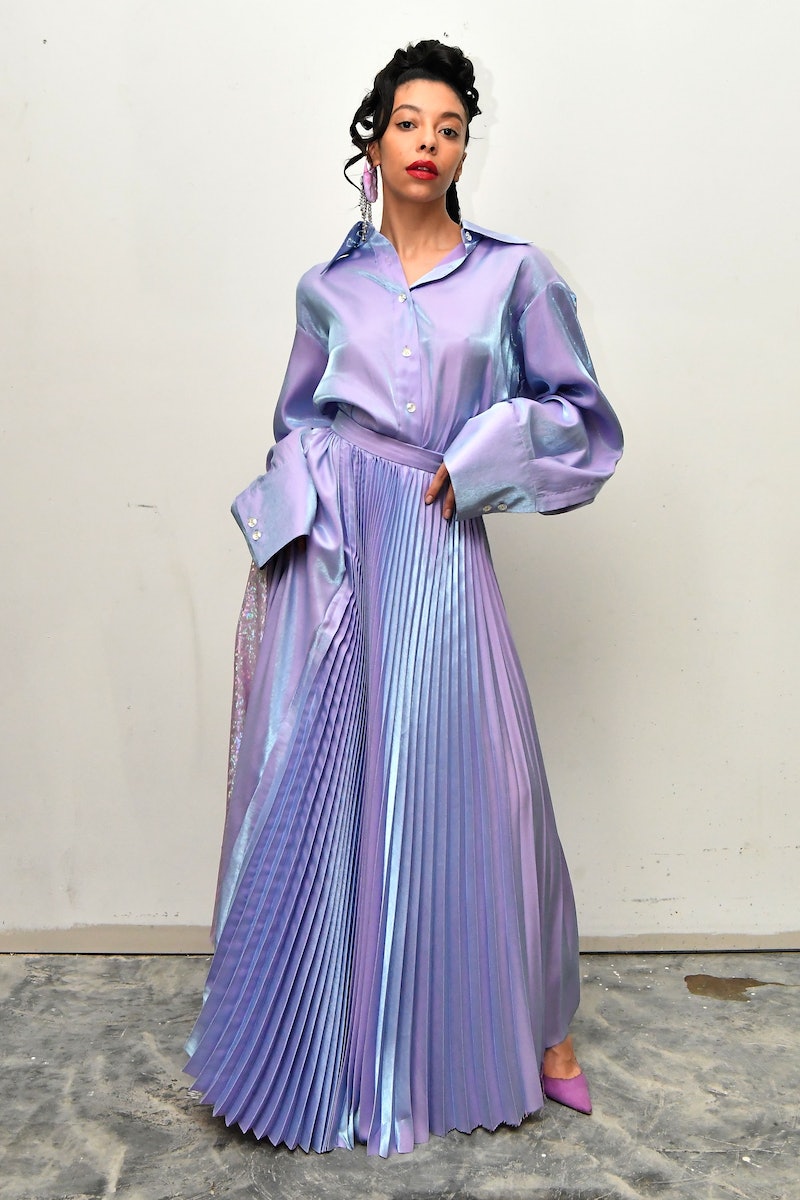 Fashion repeats itself. That's a refrain often heard both within the industry and among casual shoppers. But, there is also innovation — refreshing sources of new, and unique energy. So is the case with the ten nominees for the 2019 CFDA/Vogue Fashion Fund. These American designers have all captured the attention of the (often hard to impress) fashion industry for their entirely individual perspectives. There are those creating dramatic red carpet worthy-gowns for everyone, and those designing genderless clothing inspired by New York's rough-and-tumble history. This year's nominees are a reminder: There's room at the table for all voices.

“Our ten finalists are a true reflection of American fashion — and the world — today, speaking to creativity, community, and sustainability,” said Anna Wintour, Editor in Chief of Vogue and Artistic Director of Condé Nast via press release. “They are following in the footsteps of so many wonderful talents who’ve come before them, and I look forward to seeing what our class of 2019 will do in the months to come.” Over the past 16 years, recipients of the prestigious award have included Proenza Schouler, Alexander Wang, and Pyer Moss — all nearly household names. With such a high caliber history it's clear, these are ten brands you'll be hearing a lot more buzz around leading up to the award gala in November. Read on for a look at the next big American designers to put on your radar.

From his design studio in Brooklyn, Christopher John Rogers creates gowns that are destined to shake up the red carpet scene. His creations have already been worn by Lizzo, Michelle Obama, and Tracey Ellis Ross, and he's never one to shy from bold colors or proportions.

Rojas carries on a four-generation family legacy of hand-knitting, creating luxe, loose knit pieces alongside crisply-tailored separates and dreamy gowns. Though she hails from Madrid, she's now based in NYC.

Barragán already counts cool stockists like Maimoun and Opening Ceremony as fans, so it's no surprise that the brand's humorous, subversive, and forward-thinking designs are gaining notice. Designer Victor Barragán references both NYC and his hometown of Mexico City as sources of design inspiration.

Collina Strada's designer Hillary Taymour has sought to make social justice a tenant of her line, bringing awareness to issues that go beyond fashion. During her last show at New York Fashion Week, instead of a traditional backtrack, environmental activist Xiuhtezcatl Martinez spoke about environmental issues and protecting the earth as models walked the runway.

LA-based Natalie Ratabesi's line in many ways mirrors the city's laid-back aesthetic. Collections include casual separates like jeans and sweatshirts, but also luxe silks and more evening-ready pieces, all in luxe fabrications made mostly in Italy.

Reese Cooper is a self-defined storyteller who not only creates clothing but also works in other mediums that range from photography to furniture. Cooper's menswear pieces range from outerwear to soft separates, all with a rugged twist.

Bring together medieval corsets, magical fairies, and crafting and you'll just brush the surface of Lou Dalls designer Raffaella Hanley's work. Each season, detail-oriented tailoring is paired with dreamy, colorful constructions that are just the right amount of quirky.

Parsons alums Haoran Li and Siying Qu created the genderless fashion brand as an homage to the style of New York, and as they note on their website as "just some cool stuff for friends." But, the duo's political-themed designs (this season was called comme-unity, about uniting opposing social and political forces to enact change) have garnered fans beyond their immediate circle too.

There's traditional bridalwear, and then there's Danielle Frankel. After working at Vera Wang and Marchesa, Frankel's own workshop is now in NYC's garment district. The modern label goes beyond ball gowns, offering brides pieces that feel unique, and entirely intimate.

Abdul Abasi and Greg Rosborough founded their namesake label in 2013 with a focus on redefining the perfect suit using materials made of natural fibers. The designers continue to focus on sustainability while evolving a sharp collection of separates and accessories, and with a LVMH prize nomination under their belts, it's clear the duo are doing something right.