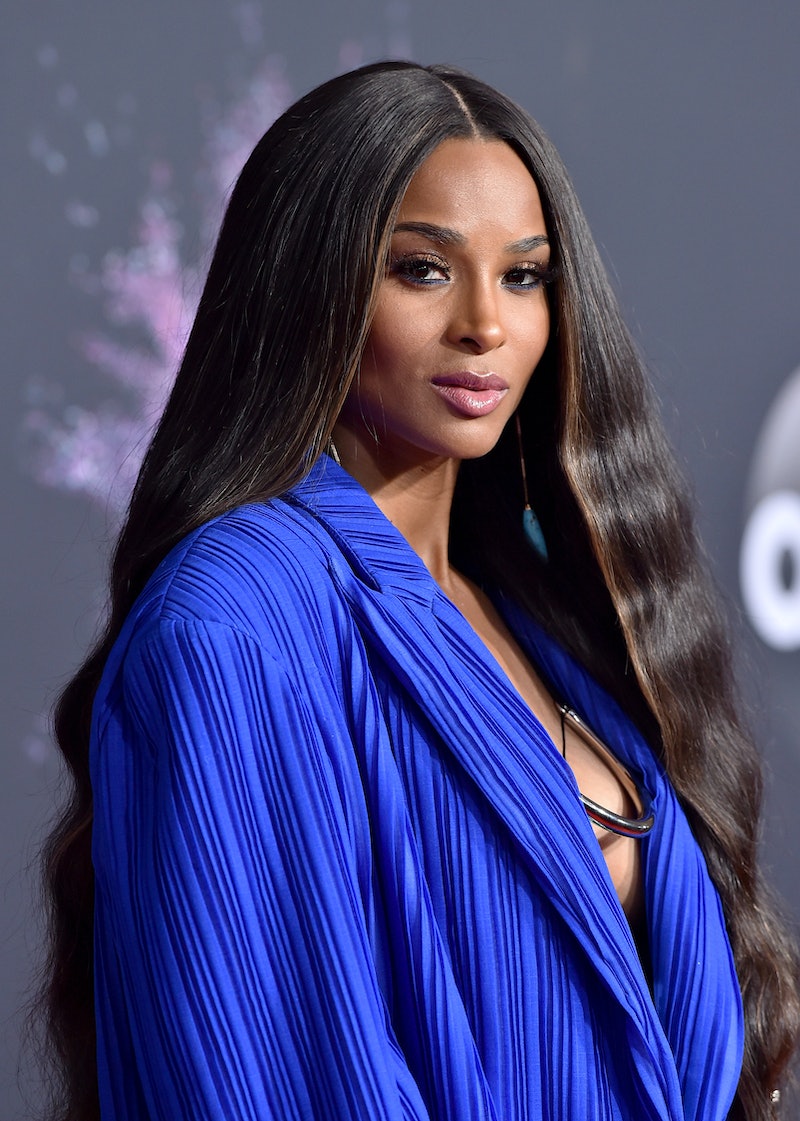 Instagrammers have witnessed a whole host of fresh looks from celebs while being in lockdown this spring. But don't expect things to slow down for summer — they're just now heating up, and round two of DIY dye jobs and haircuts has officially kicked off. Starting the summer off strong, and joining the ranks of celebrity quarantine hair transformations, is Ciara's long blonde hair, which is a major change in more ways than one.

For most of quarantine, the singer has stuck with long, caramel waves; that is until May 27, when she whipped out lengthy, straightened platinum strands. In her post, Ciara shared a two pictures of the new summer-ready color, which is complemented by an inch or so of roots and a few darker tendrils that flawlessly transition into the bleach blonde. She highlighted her new waist-length 'do by keeping the rest of her look minimal — rocking nothing more than a black bandeau crop top, cross necklace, and ultra dewy bare face in one pic and a black T-shirt and sunglasses in the other.

While the dramatic new shade might make you want to grab the bleach and toner for yourself, the intentional roots at the top deserve some recognition, too. It's proof that this type of contrast can look gorgeous, which is a comforting example for fellow blondes who haven't been able to get touch ups done in months. Plus, if Ciara says they're cool, then roots are cool.

While this is undoubtedly a striking change, blonde is far from a brand new hue for Ciara, though it has been a while since she's selected to go this light. She's run the gamut of blonde tones, typically opting for warm blonde balayage highlights or a golden caramel color when she decides to go lighter. The last time Ciara went for bleach blonde was soon after she had her hair chopped into a pixie cut for the Ace Awards last June. The edgy cut was dyed platinum for her "Set" music video, which not only proved she can rock any cut, but she can also pull off any color.

While many celebs are slathering on shades of blue, pink, and orange, it's fun to see how big of a difference even the more traditional hair colors can make, too.