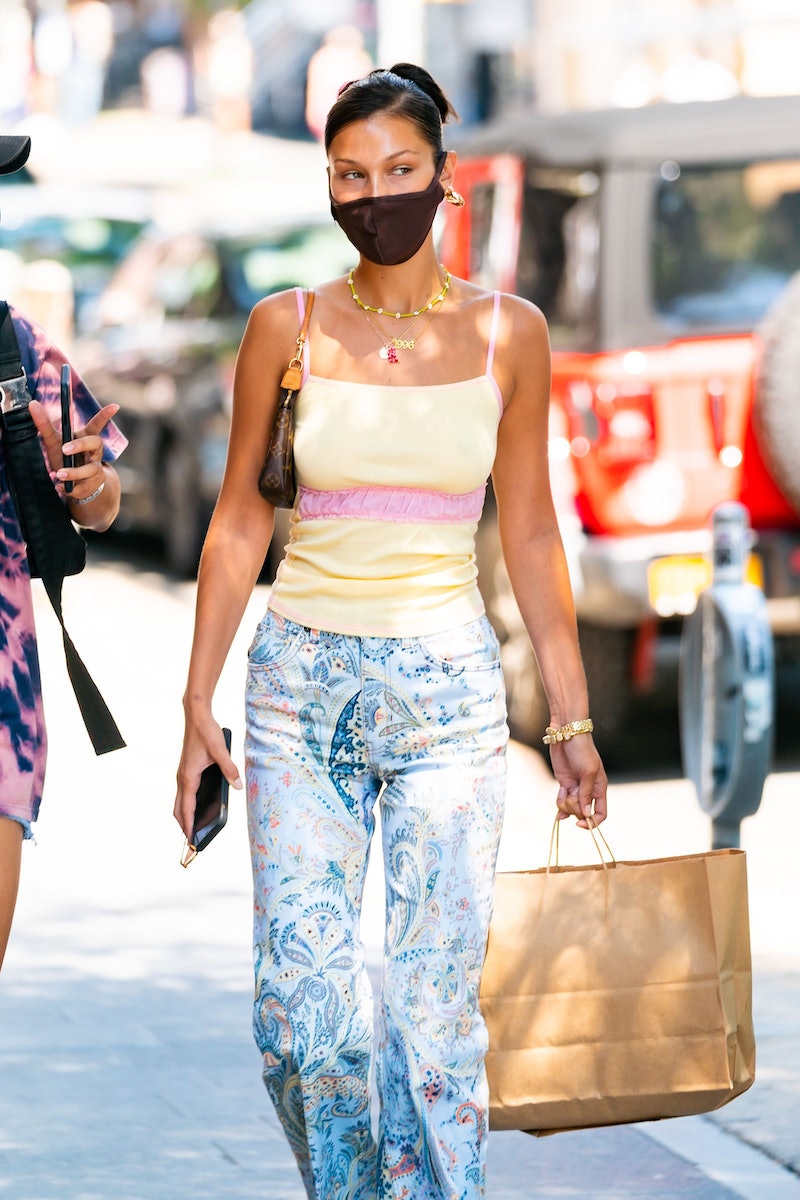 When Bella Hadid gets dressed, she always incorporates a throwback detail into some part of her look — be it with a pair of tiny tinted sunglasses or or a '90s claw clip updo. So, it should come as no surprise that the model just channeled another nostalgic trend, and it's plucked right from the early-'90s runways. Bella Hadid's By Far heels tap the chunky gold chain trend that's everywhere right now, long after causing a stir on the Chanel and Versace catwalks in 1992. While the rest of her ensemble is sold out, the shoes are somehow still in stock — and they're selling out, fast.

After filming her VMA appearance, for which she presented Lady Gaga with the TriCon Award, Hadid stepped out on Aug. 28 in a trend-forward look that goes back decades. Past her mesh top and trousers (both by emerging Albanian designer Nensi Dojaka) Hadid elevated the look with square-toed heels that featured gold hardware. With its "Gina" silhouette, accessories brand By Far (a favorite of Hailey Bieber and Kaia Gerber's) extended 2020's viral thick chain necklace trend through to footwear. The decorated shoe was the perfect choice to make Hadid's all-black ensemble pop, all while adding a not-so-subtle nod to the pre-Y2K days.

The chained sandal, which was inspired by the Versace mansion in Miami, comes in five different colorways — all of which are primed for fall wear. Take, for example, its yellow hue, which is slated to be a major color trend for Fall 2020 thanks to Bottega Veneta and Christopher John Rogers catwalks. While its bordeaux shade is currently out of stock, the others can still become your transitional shoe for the months ahead.

To shop Hadid's exact sandal, as well as its color alternates, scroll below: