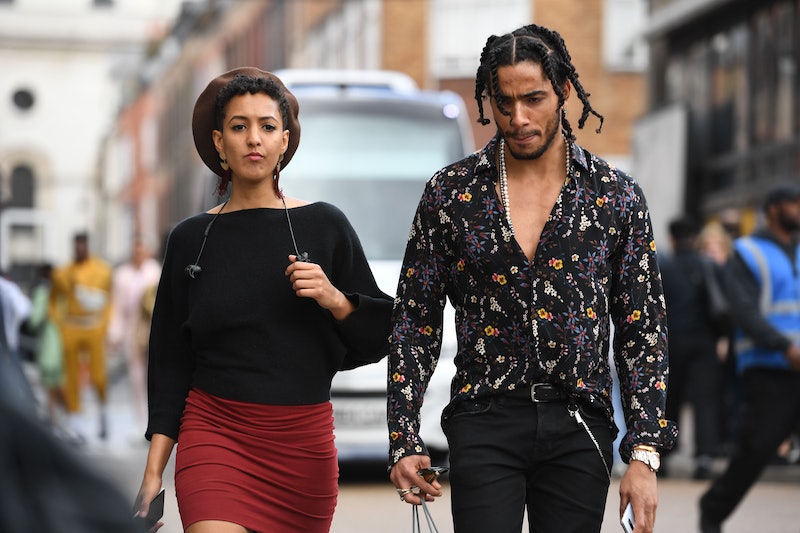 They don't call the very early stages of a relationship "the honeymoon period" for nothing. While it's not always sunshine and rainbows, those first few weeks or months can be idealized because very possibly, you and your partner have yet to see each other's stripped-down selves that can prove whether or not you're fit to make it through the long haul. Still, as lighthearted as that time may be, the beginning period of a relationship is a time to take note of potential dating deal breakers that can be easy to miss when you're blissed out on romance. But, by keeping in mind some expert-approved red flags, you might just save yourself some heartbreak.

Regardless of whether or not your love lasts, every relationship has potential to teach you some significant life lessons — both good and bad. The trial-and-error factor can help you learn what type of person you are (and aren't) compatible with, your evolving intentions for the future, and even when to put yourself first.

That said, relationship experts do agree that there are some signs that can tell you early on that someone isn't the best partner for you. And knowing what those are can be super helpful if you're currently questioning whether or not the person you're seeing is a good match — or if you're single and want to establish some healthy boundaries before your next relationship. Ahead, find seven dating deal-breakers you definitely shouldn't ignore.

"In the very early stages of a relationship, we focus on learning if we can trust and rely on someone," explains Rachel Thomasian, LMFT at Playa Vista Counseling. "We look to learn about their personality and character as well as how they treat others as a way to help predict what kind of partner they are. Something as small as whether or not they call when they say they will can indicate how reliable they are."

They're All About Themselves

The beginning stages of dating can be awkward — with nervousness or carried-over baggage. But according to Thomasian, if your partner consistently makes everything about themselves, it could spell trouble for the future. "If they only talk about themselves instead of asking about your day, this might be a red flag that they need more than they can give in a relationship," she says.

Look out for someone who seems to be particularly judgmental of you and others, suggests says Dr. Seth Meyers, relationship expert and author of Overcome Relationship Repetition Syndrome and Find the Love You Deserve. "As a psychologist who specializes in relationships, I always remind men and women that the purpose of a relationship is to provide support and security, not stress," he says. "If your date can't be totally emotionally supportive of you, you need to question whether the relationship is going to meet your emotional needs."

They're Hesitant To Open Up Or Overly Secretive

Again, in the early stages, it's understandable if someone doesn't give you every detail of their life story. But, as Thomasian explains, if they seem to frequently withhold personal information and seem avoidant about opening up, they're likely emotionally unavailable. "If you notice too much secrecy or find yourself wondering about other parts of their lives, it might be a sign that you're always going to be left guessing," she says.

Rude to waiters? It might seem harsh, but how your partner treats others (yes, even strangers) actually says a lot about them — and potentially how they'll behave towards you. "Pay attention to how they treat others from their mother to the valet driver, and don't settle for someone who lacks kindness and courtesy," explains Thomasian.

They're Preoccupied With An Ex

If the person you're seeing can't stop talking about their ex, it could be a sign that they're not in a healthy place to start dating again. "It's normal to share a detail or two about an ex with someone you're dating," says Dr. Meyers. "But anything more than that indicates that this person still may be too preoccupied with an ex to truly emotionally move on in the new relationship."

They're Extremely Negative Or Aggressive

Unfortunately it doesn't always go without saying that even subtle signs of aggressive behavior — even when it's not directly toward you — can be a major sign of a toxic person. This includes name calling, and physically or emotionally abusive tendencies. "There should be zero name-calling or negative personality-labeling in dating," says Dr. Meyers. "Everyone should be on their best behavior in the beginning of a relationship. If your date shows even the slightest hint of physical aggression toward you, understand that the behavior could only get worse over time."