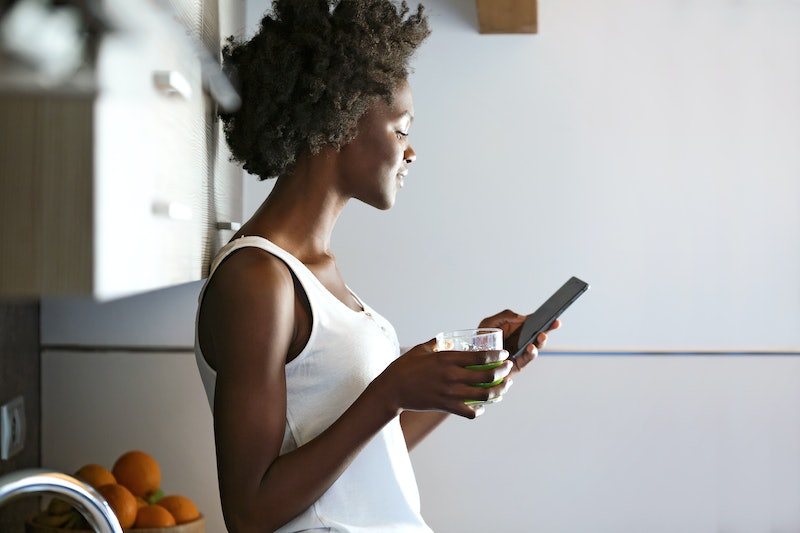 It can be exhausting to keep up with the latest wellness crazes. From what you see in your social media feeds to what you read in the news, you're probably learning about some new thing that promises a healthier gut, more radiant skin, your best sleep ever, etc. on a weekly basis — if not more frequently. That said, it can be tough to know which are worthy of trying out and which to skip out on. Thankfully, there are legitimate industry experts who dive deep into the matter, and they're speaking out on the debunked health trends that just don't live up to their hype.

From food combining to keto diets and juice cleanses to mushroom coffee, the claims of today's biggest wellness trends can seem too good to be true — and in some case, they actually are. To keep you from losing your head trying to keep up with them all, celebrity holistic nutritionist Kelly LeVeque has specifically pointed out a few of the ones that might not be worth your while.

As author of best-selling book Body Love: Live in Balance, Weigh What You Want, and Free Yourself from Food Drama Forever (and its follow-up which will be released in January), LeVeque focuses on ridding yourself of "food drama" by getting out of the dieting cycle and tuning into your body, and often times health trends can be a part of that so-called drama. But not everything is necessarily black-and-white: Some fads might be good in moderation, but the hype around them paints them out to be something they're not — a life-changing remedy. Read on to find out which four health trends she believes you might want to re-think before diving in head first.

First things first: LeVeque doesn't believe in ingesting a ton of juices on a regular basis period, as she points out that many contain high amounts of sugar that could potentially throw off your hunger hormones. Add to that the fact that juicing often removes some of the valuable fibers in your fruits and veggies, which might mean less nutritional benefits.

That said, she does think there's a time and a place to sip a little celery juice — just don't overdue it. While she admits to giving the juice a week trial and having positive results, she's also quick to point out a potential placebo effect. "There isn't enough research on celery juice to support the claimed benefits and I am not sure if my personal experience was from extra hydration or the celery juice per say," she says. "But I am fine with my [clients] drinking an all-green juice first thing in the morning."

Before you decide to ditch all the gluten in your home in favor of some popular "healthy" carb subs, LeVeque suggests taking a look at those labels. "Something you'll want to consider when you're swapping plant-based or gluten-free products for the original is that when you process a food (even if it's natural) like a vegetable or chickpea, it has to be made into a flour to make the pasta, chip, or whatever it is," she explains. "The process of making the flour strips the carbohydrate from its fiber cell (making it an acellular carbohydrate), which research has shown can promote an inflammatory microbiome, which can lead to all sorts of issues like insulin resistance so it's always better to pick real whole foods. If you do opt for processed alternatives look for limited ingredients, low net carbs, and zero added sugar."

There's nothing wrong with the occasional juice or smoothie, LeVeque notes. But if you're regularly swapping out whole food meals for store-bought, fruit-filled concoctions, you're probably missing the point. "Chances are your store-bought favorite is loaded with excessive sugars," she says. "Sugar-loaded beverages like juice, high-glycemic smoothies, and acai bowls can send your blood sugar on a rollercoaster and leave you full of insulin — which is the 'storage hormone,' and can prevent your fat cells from breaking down."

Even if your local smoothie shop doesn't add sugars to your beverage du jour, you should still consider too much natural sugar can still produce this effect. But that also doesn't mean totally giving up on the occasional one, or make them more nutritionally sound by following LeVeque's advice for a DIY approach. "You can enjoy acai, smoothies and juice by incorporating just a few tips: Ensure you have protein, fat and fiber at each meal or snack," she explains. For a specific recipe, try her own low sugar Fab Four Smoothie Bowl.

Just like with juices, having the occasional kombucha probably won't hurt you, says LeVeque. The problem is when you start subbing it in for whole food meals. "Many of us do not realize that on its own, kombucha is not a proper meal replacement or snack and not for everyday use," she explains. "Kombucha tea is fermented once with a cup of granulated sugar and then a second time with more than a cup of fruit juice; the end product contains trace amounts of alcohol, candida yeast, sugar and acetaldehyde."

Because of this, you might find that drinking it in excess can leave you feeling buzzed, anxious, or ravenously craving carbohydrates shortly after finishing off a bottle or glass. If that's the case, LeVeque suggests laying off the booch in favor of some more wholesome snacks that are less sugary, and will leave you happily satiated. "Instead, choose to eat something with protein, fat, and fiber like a hard-boiled egg, nuts, or veggie crudité with a fatty dip," she says.