Its latest drop is genius. 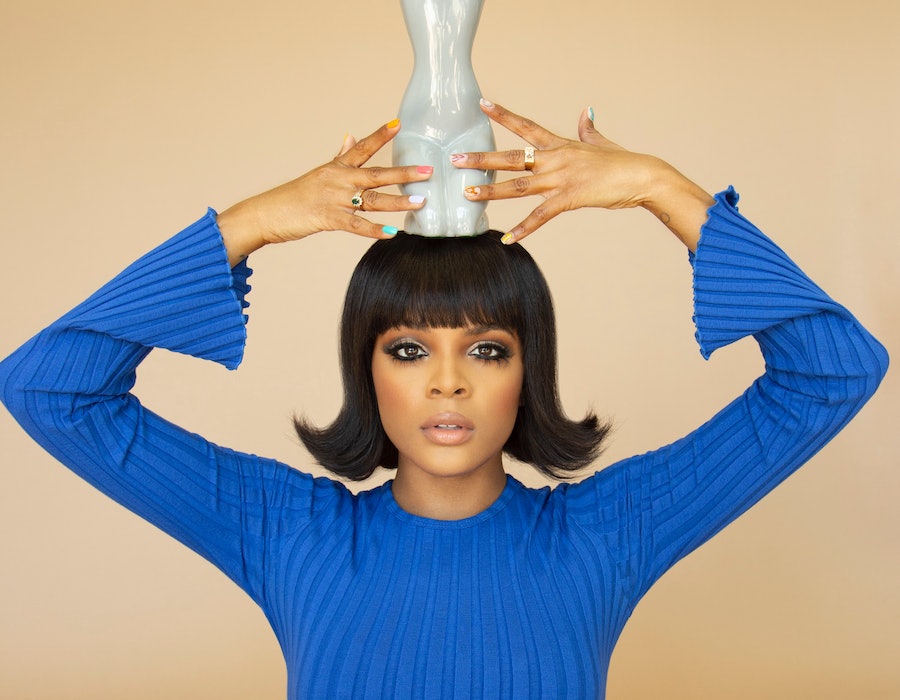 You don't have to look hard to find the next sought-after mid-century modern piece on Instagram, be it a Bellini couch, a Murano mushroom lamp, or some other sundry homeware item. Breaking through the shuffle (er, algorithm) is Savoy's Objects, a luxury vintage home decor destination that's less "old-meets-new" and more full-out time capsule — an anachronism unto itself for the digital age. With a heavy retro vibe, the concept store is a detour from the highly manicured, neutrals-soaked interiors that currently inhabit the "Explore" page. Behind it all is founder, CEO, and creative director Reegan Houston, who rounds together nine objects (candle holders, lamps, decanters, etc.) per "drop," with pieces dating as far back as the '30s.

"Honestly, I was born in the wrong era," Houston tells TZR over the phone from her condo in New York City. "Just like my entire being — the music that I listen to, the clothes that I wear, the things that I'm more so interested in — they're all dated before I was born." Still, for Houston, it goes deeper than just wistfully daydreaming about the analog days. Throughout her childhood, she was constantly surrounded by an assortment of retro pieces, which sharpened her acute sense of the era. "My parents were the people with the dope house and the cool things, and the nice wardrobe. Those things were at the heartbeat of who I was coming to be as I was growing up." It's this sensibility that helps her distinguish her business from other vintage sellers — in part, by shining a light on the context where cult-favorite pieces come from.

"The home decor industry is very transactional with the consumer. It's very, 'Oh, buy this,' — but then you can't learn about the piece. Like, 'what was the era?'" she says. "I want the person that's purchasing from me to be submerged in the era ... and have some historical context from the time period that [they're] buying from." Submerged, indeed: a quick flick through Savoy's Objects' feed will produce kaleidoscopic color, space-age living rooms, and a host of fabulous Black femmes (dubbed "Savoy's Objects Muses") spanning the 20th century. Each post features a short-but-sweet caption that waxes poetic on a part of history, whether via an Architectural Digest cover from 1972 or a recording artist signed to Frank Sinatra's record label that's lesser-known today. "There are just so many dope stories that I think people should know about," says Houston. "I just want to share a part of that learning with the world."

Much like its Instagram, Houston designed the Savoy's Objects site to feel plucked right from the '70s — had the dot-com era started a few decades earlier. A hazy montage of clips of Houston on Super 8 film starts looping — then, a click away on the "Vibe" tab, visitors can choose from a trove of sultry playlists, with hits from Minnie Ripperton and Aretha Franklin. "'60s, '70s, and '80s music was a huge influence in my life as a child," she adds. Each assortment of songs is specially curated to meet the mood of a corresponding "objects" drop — which there have been four of to date.

The drops themselves vary — sometimes, the miscellany leans towards tableware; others, light fixtures and other curios take center stage. Houston's never sold on hype alone — when combing through estate sales, she's not necessarily looking for the mid-century modern piece that's going to go viral next. Instead, she's after eye-drawing pieces that inspire curiosity and intrigue, with a larger story to tell. "For me, specifically, it's about the daintiness," shares Savoy. "It has to look quaint and sexy — I don't like a lot of ceramic, gaudy things. I like staple pieces that, if you put it on your shelf, or countertop or bar cart, people are gonna be like, 'What the f*ck is that?' — like, 'where did you get that?'"

Her first four drops had their own themes — be it a like-minded color palette or similar shapes. This way, if there's a customer that can buy all nine objects, the pieces are able to work in one space or be mixed and matched. "The pieces that I source are not going to depreciate in value, they're only going to appreciate," adds Houston. "A lot of the pieces are from Italy, they're from the frikin' '30s. Those things are going to be worth a lot more going forward than what I'm selling them for, so it's also a small investment."

Believe it or not, all of this is in just a few months' work. The first drop came in November 2020, a few months after Houston first began crafting her brand's essence on Instagram and establishing her audience. "It's crazy. People are like, 'You're so psychotic for starting a business in a pandemic,' and I'm like, 'Yeah, I'm batsh*t.' But at the same time, when I'm very interested in something, I figure out a way [to] execute my idea. So, I just went for it."