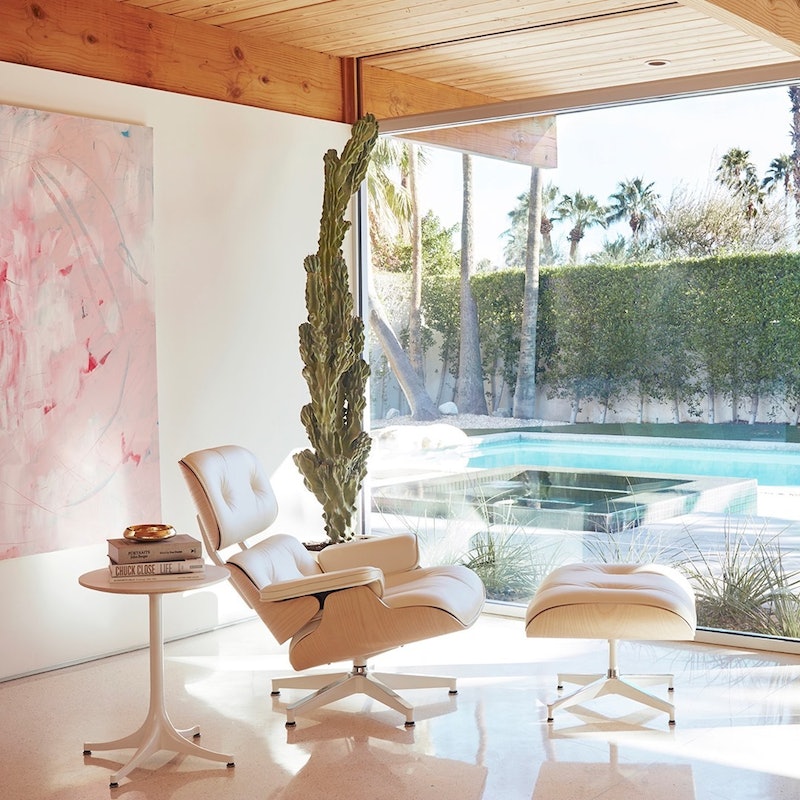 It’s pretty easy to identify a cult-favorite fashion piece. You see them on the arms of celebrities, or highlighted prominently in an Instagram post, but rarely do they sink into the background with little intention of being noticed. That’s not exactly the case with cult-favorite home decor pieces. Though they’re often statements, they’re so thoughtfully designed that they tend to blend into their surroundings, serving as a perfect complement to the home and its everyday comings and goings rather than simply acting as a show-stopping adornment.

But while the most beloved furniture and decor items may be harder to spot, they’re no less worthy of your attention. After all, they’ve developed cult-like followings for a reason (or many, in most cases) — and since they’re meant to be permanent parts of the home rather than a fleeting aspect of an outfit, they’re definitely sound investments.

So how exactly do you find them? Plenty of research, including scouring the Instagrams of celebrities, influencers, and designers, as well as digging into some of the most iconic designs of the past to see what pieces stick out the most both in the past and the present. To help you out, TZR has done just that and rounded up the timeless pieces that have come up the most in our explorations. So while this is by no means an exhaustive list of the cult-favorite decor out there, it’s a sound place to start if you’re looking for some of the most classic and well-loved accessories to adorn your home with. Find them all, ahead.

Like a Birkin bag, Hermès’ iconic throw blanket has stood the test of time. The wool-and-cashmere-blend piece, which features a grid of “H” letters, is so popular it even has a cameo in Sex and the City (because of course Charlotte bought one of these for her apartment). And it’s still a common item in tastemakers’ homes today: Everyone from Olivia Culpo to Rachel Zoe to J.Lo has shown off their Avalon throw at some point, further proving (and cementing) its icon status.

The Eames Lounge Chair and Eames Ottoman made its debut in 1956, when it was launched by the Herman Miller furniture company. According to Charles Eames himself, the piece was designed to have the “warm, receptive look of a well-used first baseman’s mitt,” which explains why it was such a departure from many of the Eames’ sleeker designs.

Obviously, that was the right choice. “The lounge set was instantly iconic,” Herman Miller archivist Alexa Hagen told Galerie Magazine in 2020. “The qualities that made it a success in the first place are what make it timeless.” And timeless, it is. The chair has played a part in pop culture moments for years, such as its appearances in Frasier and Shark Tank. And it still acts as a piece of functional art in design-savvy homes around the world — you can see it in spaces such as fashion designer Jenni Kayne’s laidback L.A. house, and Rosie Huntington-Whiteley is a fan.

To be sure, there are several cult-favorite candles on the market — but it’s not likely any have achieved the ubiquitousness of Diptqyue’s Baies (aka Berries) vessel. Considering the scent’s storied past, it’s no surprise: According to CR Fashion Book, Karl Lagerfeld himself actually fell in love with the Baies formula shortly after his appointment to Chanel in 1983, and afterward decided to stock it in all of the fashion label’s stores.

These days, it’s just as much of a staple in the fashion world, though its prominence has transcended that industry into practically every stylish home in existence. LeBron James and Gal Gadot are vocal fans, and Meghan Markle even reportedly diffused the scent at her wedding to Prince Harry. And of course, it’s become the status symbol of influencers everywhere; so much so that it’s almost weird to see a carefully arranged vanity shot without the brand’s classic black-and-white logo.

According to Architectural Digest, the story of George Nelson’s bubble lamp started in 1947, when the designer developed an obsession with a spherical lamp, but couldn’t afford to buy it. So, he made his own — and in 1952, an associate in his office by the name of William Renwick turned it into the design that Howard Miller Clock Company would go on to produce. (Eventually, Herman Miller took the rights of production in 2016.)

Take a peek inside any modern home today, and you’ll see that this piece is still going strong. It’s often found floating over sleek dining tables, such as the version in Michael Kors’ NYC penthouse or Jonathan Adler and Simon Doonan’s Shelter Island cabin, though just as frequently it’s used as a pop of modern minimalism in old, traditional homes.

Though it may seem like it’s always existed, the beloved IKEA BILLY bookcase was actually dreamed up by designer Gillis Lundgren in the late ‘70s. Despite its fairly recent arrival on the design scene, however, it may be one of the most ubiquitous pieces of furniture to exist; as journalist Tim Harford wrote of the item in his book, Fifty Inventions That Shaped the Modern Economy, “There are 60-odd million in the world, nearly one for every 100 people.”

Chalk it up to its affordability, or its ability to be “hacked.” But regardless of the reason for its unbounded popularity, it’s a decorating mainstay that’s not likely to lose its spot as the world’s favorite bookshelf any time soon.

Like many great designs, Finnish-American architect Eero Saarinen’s pedestal table was born of a desire to solve a problem. Introduced in the mid-1950s by Knoll, its tulip shape was an answer to the annoying problem of knocking chair against table legs that resulted in the now-classic silhouette.

To this day, it’s still copied in droves — even IKEA has a version — which has cemented its position as one of the most popular dining table choices in homes of all kind. But thankfully (and probably due to its unwavering demand), the originals are still produced by Knoll, with prices starting around a cool $2,200. Don’t think that price tag is stopping its most dedicated fans, either: Many major celebrities, including Seth Myers, have one in their homes, and well-known design stars like Axel Vervoordt (you know, the one behind Kim Kardashian’s starkly minimalist home) still often famously use the piece in their work.

French artist Henri Matisse created the Blue Nudes, a series of lithographs depicting the female figure, toward the end of his life in 1952. The works feature a cut-out technique for which Matisse was known, and utilized paper painted with blue gouache that was pasted onto white paper.

The four works are said to be some of Matisse’s most iconic pieces, which could explain why they’re still so celebrated to this day. Yet that may even be an understatement, in terms of the series’ success at present: The Strategist went so far as to dub it “the stylish adult’s dorm room poster” in 2019, and you can still see it on the Instagram feeds of many trend-forward influencers and designers. As the publication went on to note, there are likely many reasons for its continued popularity — but regardless of those influences, this series continues to be a classic piece of decor that’s not likely to lose favor.