Kerby Jean-Raymond is one of the breakout voices in fashion. 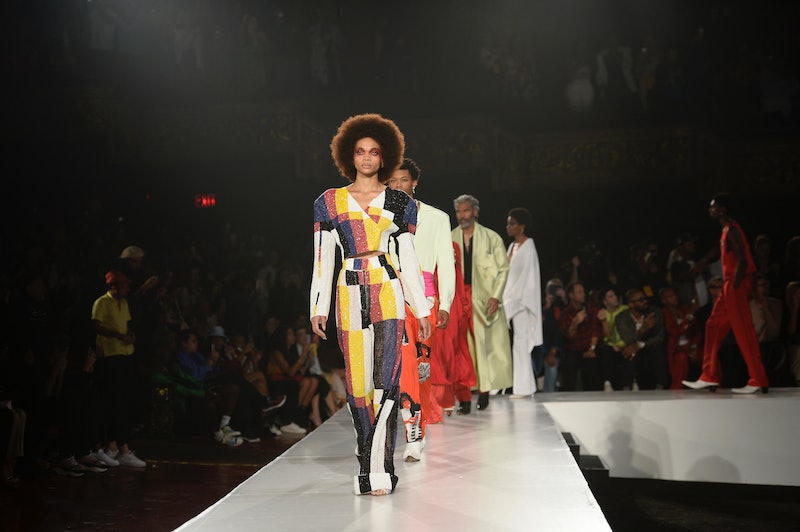 The esteemed designer and Creative Director at the helm of Pyer Moss, Kerby Jean-Raymond, is Paris-bound. On May 12, it was announced Pyer Moss will present an Haute Couture collection during Paris Fashion Week this coming July. Jean-Raymond is the first Black American designer to be invited by the Chambre Syndicale de la Haute Couture Collections, making his Parisian debut a groundbreaking and overdue first for the fashion commission. Following the Haute Couture collection announcement, the creative director also revealed Pyer Moss will return to New York Fashion Week in September. The upcoming Ready-To-Wear Spring/Summer 2022 collection marks the designer’s return after a two-year-long show hiatus.

Jean-Raymond has frequently been recognized as a breakthrough voice in fashion. In 2018, Pyer Moss won the top spot at the CFDA Vogue Fashion Fund Awards and would then go on to release a shoe collection with Brother Veilles and a highly-hyped Reebok collab. The American label has also received a buzz from Vice President Kamala Harris (who wore the designer during President Biden’s Inauguration), Zendaya, and Tracee Ellis Ross — all under Jean-Raymond's vision.

Through garments that touch on themes of social justice and the appropriation of Black culture, Pyer Moss celebrates the authentic Black American experience and offers a reconceived portrayal of the American dream. Vogue also reports Pyer Moss’ garments will be on display during the Americana-themed 2021 Met Gala balls, “In America: A Lexicon of Fashion” and “In America: An Anthology of Fashion.”

Pyer Moss achieving Haute Couture status is no small feat. The Chambre Syndicale has a rigid list of standards and requirements that all members must abide by — including designing made-to-order garments for private clients, holding more than one fitting, and employing 15-full-time couturiers, according to The Business of Fashion. Previous brands who received an invitation that granted them an official haute couture qualification include Proenza Schouler, Rodarte, and AZ Factory.

As for the upcoming Fall/Winter 2021 lineup, the other designers to expect are: Aelis, Aganovich, Azzaro, Christophe Josse, Georges Hobeika, Imane Ayissi, Julie De Libran, Rahul Mishra, Rvdk Ronald Van Der Kemp, Yuima Nakazato, Ulyana Sergeenko, and Zuhair Murad. The official calendar for Haute Couture Week in Paris has not yet been revealed but is set to be released on June 7th.