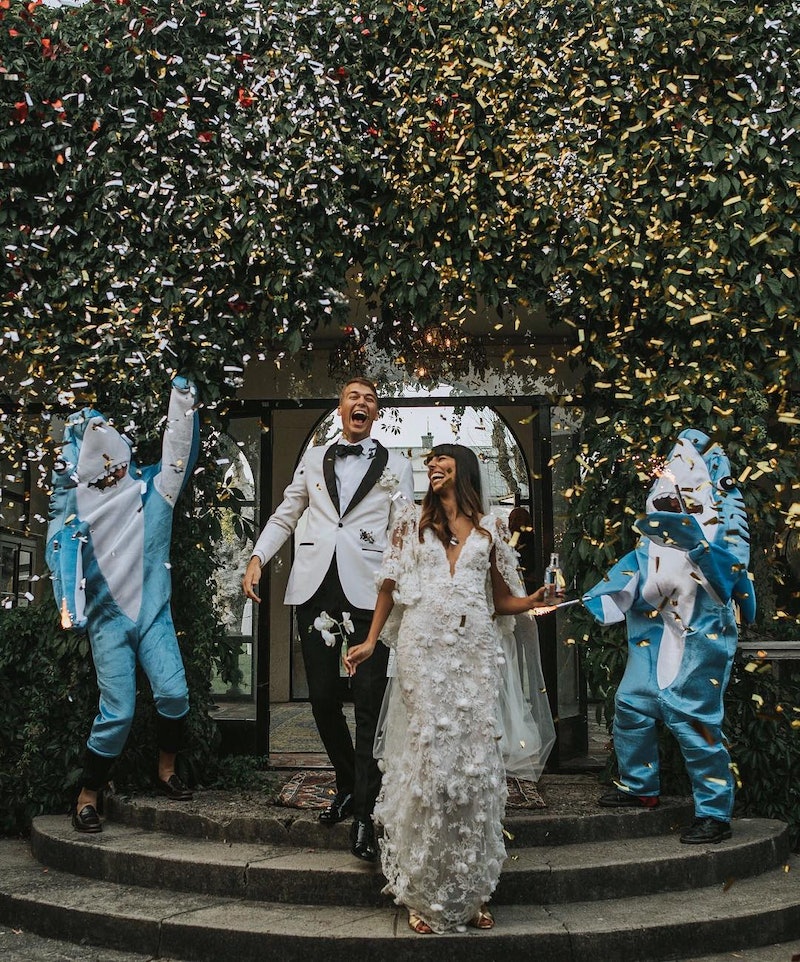 When a bride and groom are both fashionable New Yorkers who have earned spots on Forbes’ 30 Under 30 list, you’d expect their nuptials to be pretty epic in the style department. So when Babba Canales—founder of brand marketing agency By Babba—and Carl Waldekranz—cofounder of social shopping site Tictail—announced they were tying the knot, fashion insiders knew this would be one to watch. It’s safe to say their spectacular wedding in Sweden this past August did not disappoint.

As they explained to Vogue, the couple chose to wed at Swedish palace Häringe Slott, since the country was where the two first met in 2010 and the hotel has been a regular destination spot for them. The wedding pre-parties included a Burning Man inspired bash, but the ceremony itself called for garden party gowns and summery suits. The bride chose a lacy Marchesa creation for her vows, but slipped into chic Josephine Dahlin separates for the reception, which included shots of Swedish-flavored booze, dancing to “Despacito,” and skinny dipping in a nearby lake. We have literally never experienced FOMO like that induced by the details of this painfully cool affair, which you can see more of below in the photos captured by Johanna Rosenlew.