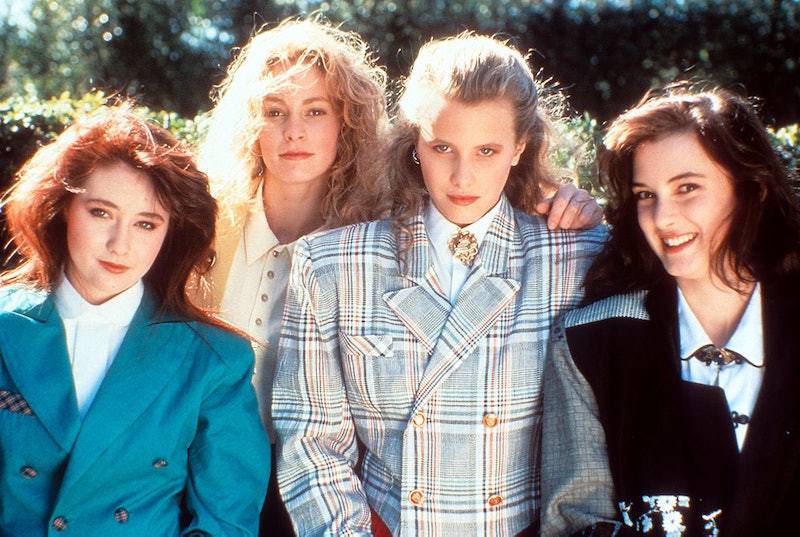 Finally, a remake we’re actually excited about: Heathers, the cult-classic 1988 film, is coming to television, and we just got our first peek.

The original movie focused on a group of popular mean girls all named Heather, and it had a lot of quintessentially ’80s fashions and dark humor. The update is keeping the name and the dark humor but eschewing teased hair and shoulder pads for modern fashion. It’s also modernizing the new Heathers: Heather McNamara is a black lesbian, Heather Duke identifies as gender queer and Heather Chandler—aka the ringleader—is described as an “unconventional leader.” Here. For. It.

The show has also tapped Shannon Doherty, who played Heather Duke in the original film, and Selma Blair. Selma’s character in the reboot is described as “a stripper and menthol smoker who is rough around the edges but with a bit of glamour to her. She’s biding her time until her 82-year-old husband kicks the bucket.” Sold. Can it be 2018 already? Here’s hoping it can live up to the original.

The dramedy will run for ten episodes on Paramount Network.