Her house is full of special pieces. 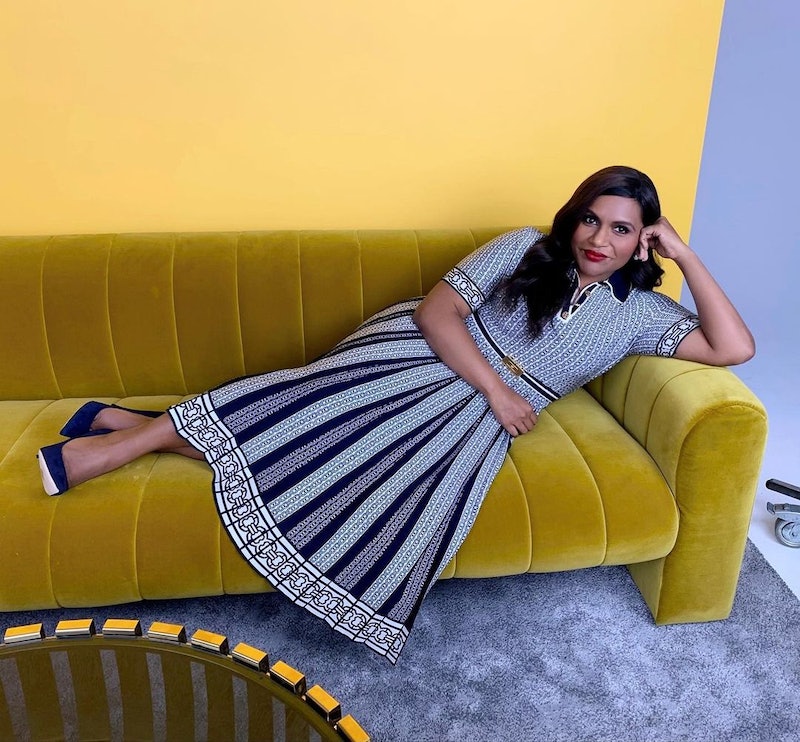 For a lot of the general public (read: those who aren’t intimately familiar with the art world), celebrities and their artwork can seem shrouded in secrecy. Yes, they sometimes name-drop the creator of impressive pieces in their homes in Architectural Digest videos. But otherwise, their paintings and photographs are privately tucked away, unseen by the people dying to know about the artists whose work is adorning their impeccably decorated homes. Fortunately for the curious, though, there is one star who’s breaking the mold: Mindy Kaling, who generously shares her art collection on Instagram for everyone to see.

It’s not just a piece or two, either. The Office alum has been posting about her purchases and commissions for years, and you can find examples of what’s hanging on her walls as far back as 2017. And no, Kaling doesn’t vaguely mention names or show only a corner of the art she posts about — the comedian almost always provides some sort of backstory about the piece, what it features, and who created it.

Essentially, Kaling’s Instagram is akin to a really small, really cool museum. And if you’re a fan of art at all, it’s worth a browse — if not for finding some new artwork for your own home, just to gain inspiration and to celebrate and learn about female artists (of which she is an ardent supporter). That said, she has quite a few; so ahead, TZR has rounded up some of the most recent she’s shared for you to peruse.

Kaling has noted that the artist of this painting, Julia S. Powell is actually a childhood friend of hers, and it appears that she has more than one piece of Powell’s in her home. As Kaling notes in her caption, the Cambridge-based artist is known for her beautiful depictions of nature, and her paintings of water and red cliffs in particular are standouts. Powell uses oils and watercolors, respectively, in her paintings, and aims to imbue a sense of calm into those who view them — just as Kaling’s does for her.

The actor commissioned this piece from French artist Cécile Davidovici — though it’s not what it seems at first. “This looks like a painting of an Indian woman looking out at the ocean, but the rocks and woman are EMBROIDERY,” Kaling wrote in the captions. “Cécile places her own unique spin on the medium of textiles by layering threads like a painter would with a paintbrush.” In fact, Davidovici creates all of her work out of threads, creating scenes and faces out of the unexpected material. Though Kaling commissioned her own piece, you can buy work from Davidovici on her website.

It’s obvious from her home that Kaling loves to incorporate less traditional mediums into her art collection. Case in point: This image of Walden Pond, which is actually a collage. The piece was made by Boston-based Betsy Silverman, who creates her work entirely from magazines. Silverman focuses on a variety of subjects in her pieces, but food, city scenes, and animals make frequent appearances in her intricate creations.

Kaling is a major supporter of female artists, so it’s no surprise that she rounds out this list with a painting by another one. This cheerful hydrangea painting was made by Bridgette Thornton of Paint&Petals, who not only sells her fine art, but also kitchen textiles, dinnerware, and more. Thornton is based in Lake Tahoe, and as you probably guessed from her brand’s name, mainly focuses on florals in her work.