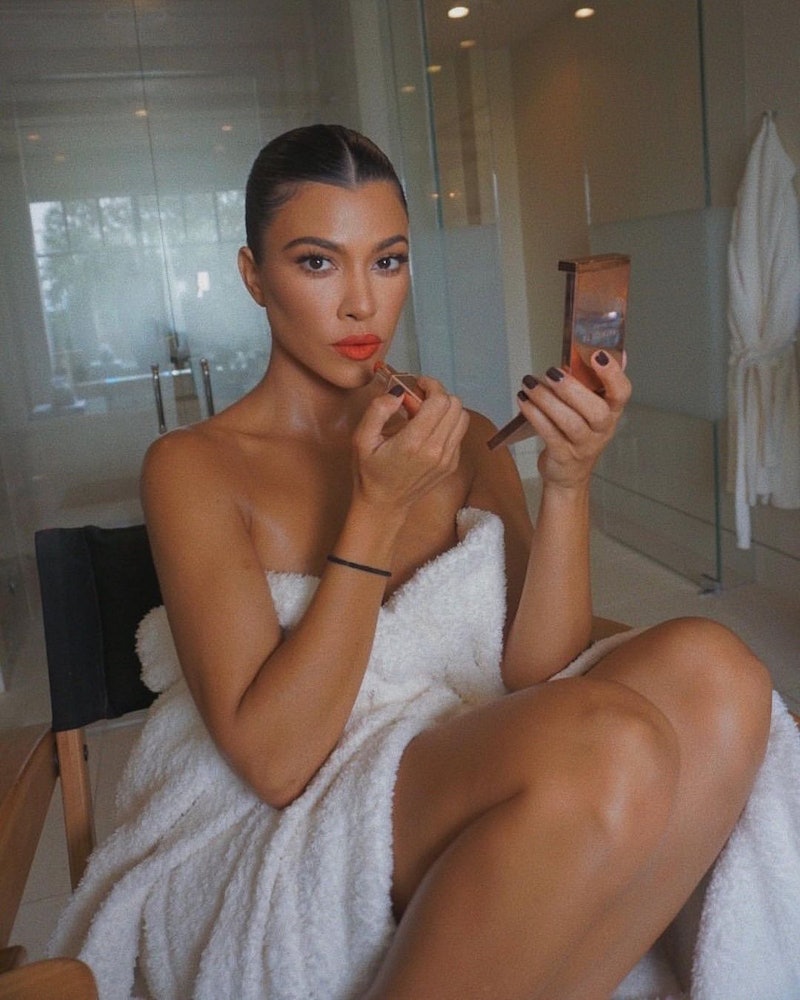 Animal print nails have been a major trend in 2021 so far, with myriad celebrities and artists on Instagram demonstrating their own different renditions of the fun design. In fact, just today, Kourtney Kardashian debuted a leopard manicure with matte French tips, further proving just how many cool ways you can make this trend your own.

The Poosh founder and mom of three showed off her new leopard print nails on her Instagram Stories, along with a caption shouting out her artist, Lisa Kon, who’s been famously behind some of Kendall Jenner’s best manicures — including this unforgettable Zebra design.

“OMG these little matte leopard tips of mine @lisa_kon_,” reads Kardashian’s caption, which sits alongside a close-up shot of her nails. It didn’t take long for Kon to share a photo of the flawless animal print manicure too. “Guess, for whom I did this set?” reads the caption.

Kon also revealed some of the products that she used on Kardashian, which includes several gel polishes from her own line. For the leopard print design specifically, she used shades Peru (a light terracotta brown), Caramel (a rich darker brown), and Black. Each polish costs $15, which is pretty reasonable considering they're formulated by a professional who works with such high-profile celebrities.

Kon finished off Kardashian’s nails with her velvet matte topcoat (also $15) for a modern, shine-free effect that fans are obsessed with. “I love these!!! 😍 🔥” reads one comment on Kon’s Instagram post. “Gorgeous 😍,” adds another.

Knowing Kourt, she’ll likely be sporting a completely new nail look next week. Perhaps she’ll follow in her sister’s footsteps and try a cow print design? Only time will tell.