Blue means a lot to her. 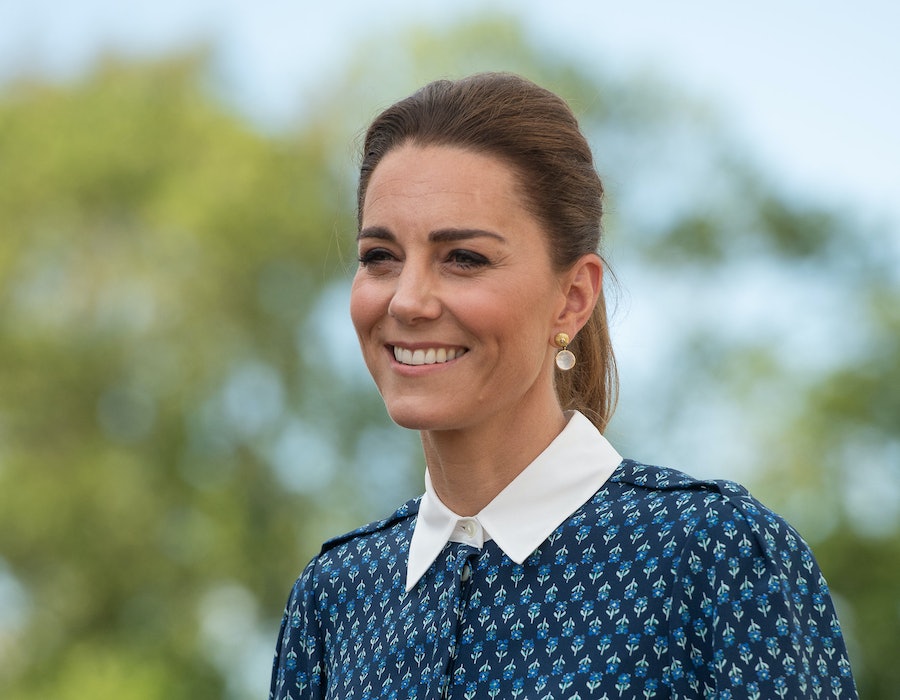 Thursday, April 29 marked Kate Middleton and Prince William’s 10-year wedding anniversary. (Can you believe it’s been a whole decade since she first walked down the aisle in that iconic Alexander McQueen wedding gown?) In honor of the romantic benchmark, the Duke and Duchess of Cambridge shared some rare glimpses into their family life through a series of portraits lensed by celebrity photographer Chris Floyd. Middleton wore a blue floral dress while Prince William matched in a similar indigo outfit. The color-coordinated couple was at ease with each other as they posed at Kensington Palace. Blue seems to be a signature shade for Middleton to mark important occasions. She previously wore a navy dress during the couple’s engagement announcement in Nov. 2010 and back in 2013, stepped out in a blue polka dot dress after giving birth to baby Prince George.

In keeping with the blue color palette, Middleton’s sapphire engagement ring, which first belonged to Princess Diana, was also on full display. The sparkler proved the historic ring will forever be on trend, as TZR charts non-traditional gemstones to be one of 2021’s leading engagement ring trends. Save for her royal engagement bauble, Middleton's accessories were relatively pared back. The Duchess opted to wear an Asprey daisy necklace and while it may seem like an extravagant choice by some people’s standards, the pavé diamond pendant is about as simple as royal accessories go. Her necklace’s floral form also acted as a reference to the flowers found on Middleton’s printed dress.

Speaking of Middleton’s floral frock: her dress is from British brand Ghost and was originally listed on ASOS for $172. Unfortunately — as is the case for almost everything Middleton wears — the exact dress promptly sold out. The good news, however, is that there are several options on the market that resemble the Duchess’ springtime wrap dress. Ahead, you’ll find a selection of blue and breezy pieces that resemble Middleton’s and that also tap into a few of Spring 2021’s ongoing dress trends. For example, this Ann Taylor printed flare dress features multiple florals, just like Middleton’s Ghost dress, which creates a very trendy, patchwork effect.