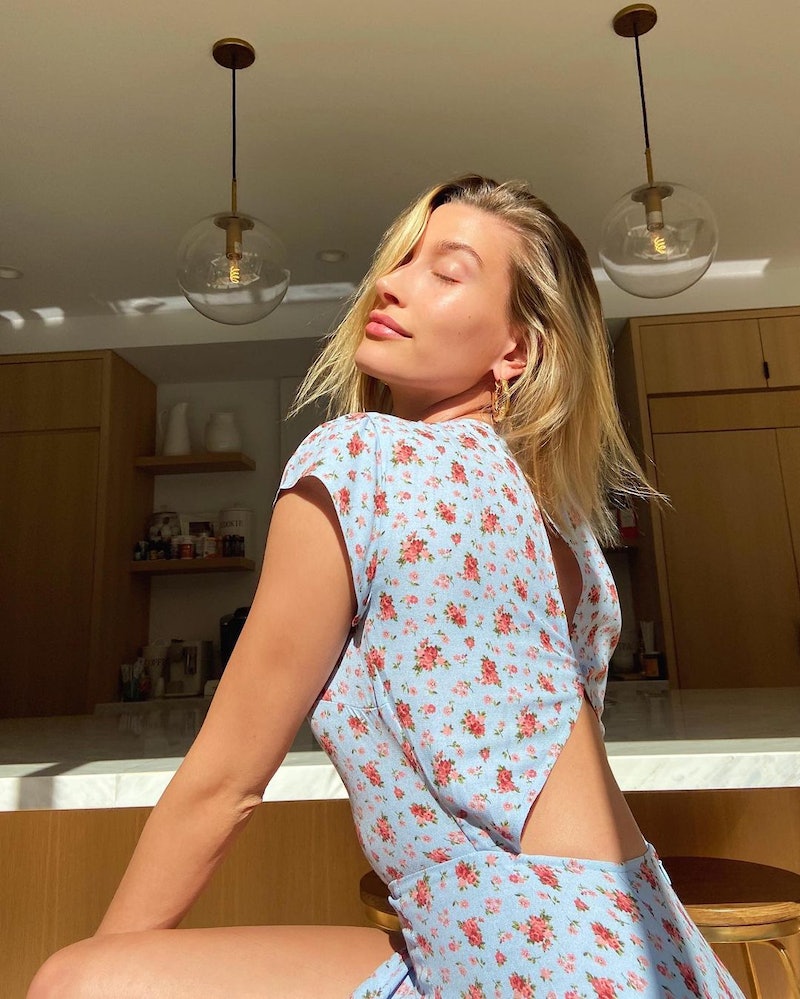 It’s easy to imagine that celebrities would have “perfect” bathrooms — aka tons of natural light, massive bathtubs, and square footage for days. The reality is, though, that many of them have to invest in hacks just like the rest of us to make their homes work; even the biggest stars utilize tricks to ensure peak livability. Just look to Hailey Bieber’s bathroom, which the model shared on her new YouTube channel on March 12: It may seem large, but it still employs a simple piece of furniture designed to increase the counter space in the room.

The 24-year-old gave a rare look into her home in the video, showing off the glamorous, mostly white space where she gets ready in a silly sit-down with her best friend, Kendall Jenner. It’s an enviable spot, to say the least. Not only is the room big enough to fit a small dining table and chairs (and, unexpectedly, a portable stovetop to cook mac and cheese), it’s also decked out with luxe details like what appears to be rose quartz hardware and floor-to-ceiling curtains. Yet despite its grandeur, even it seems to require a little extra storage space — which Bieber added in the form of a chic side table in the corner of the bathroom.

The piece appears often in the background of the video, and it’s immediately apparent why the addition is such a genius idea. Not only does the silver folding table fit in seamlessly with the room’s style (whereas many typical storage options definitely would not), it also provides a way to add surface area without taking a major amount of floor space. And while Bieber uses hers to display beauty products, it could also serve as a plant stand, a towel holder, or really anything else you need a flat area to sit things on.

Plus, it doesn’t have to be a permanent addition. Bieber opted for a folding table in her bathroom, which is a perfect choice if you predict you’ll want more floor space at some point. That way, you can just collapse it and hide it away in a closet until you need it for your overflowing skin care stash again.

Bieber’s YouTube video was one of the first to kick off her brand-new YouTube channel, where she says there’s much more to come. Here’s hoping that means even more genius decorating hacks worth stealing — but in the meantime, you can shop some TZR-approved tables to help you emulate her bathroom space, ahead.