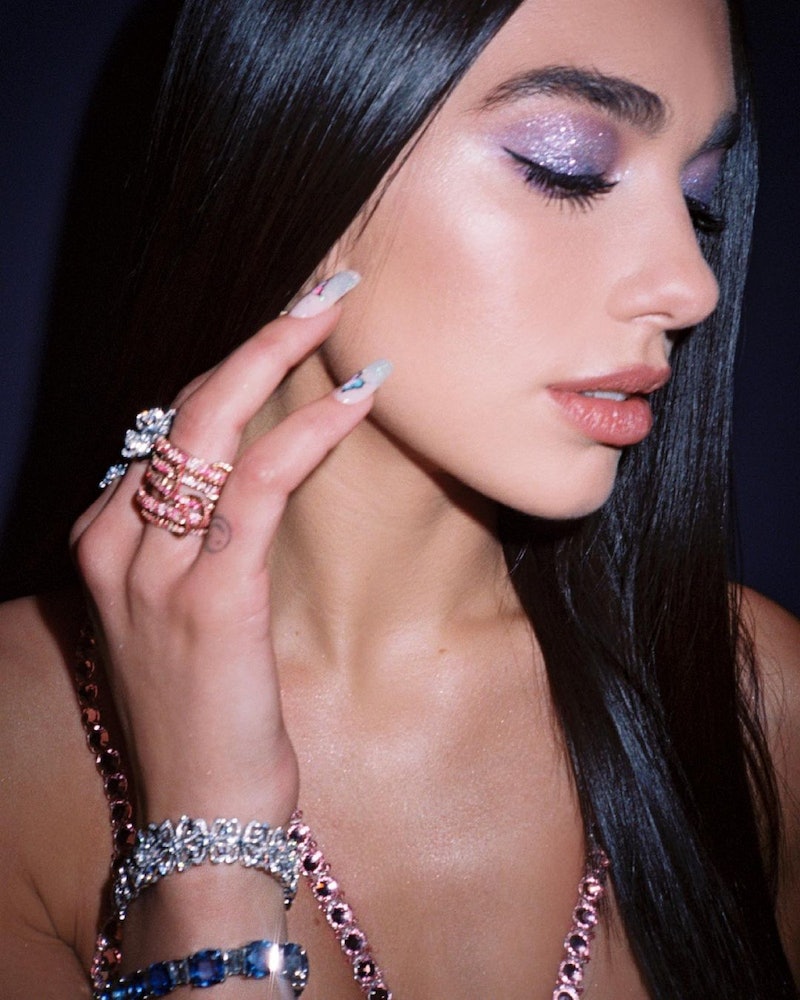 Well folks, leave it to your girl Dua Lipa to casually debut red hair like it’s no big deal — and in Versace’s new fall/winter campaign no less. That’s right: After working on several collaborations with the Italian fashion house, the 25-year-old pop star was officially tapped to star in its latest campaign, which features stunning imagery shot by the famed photographic duo, Mert and Marcus.

Naturally, the “Levitating” singer shared the exciting news — and the gorgeous snapshots — with her fans via her Instagram grid. In the campaign photos, Lipa is decked out in various Versace ensembles and sporting waist-length, fiery red hair, courtesy of hairstylist Paul Hanlon, who’s worked with everyone from Kate Moss and Taylor Swift, to Keira Knightly and Harry Styles. As of now, it’s unclear whether Hanlon used a wig or extensions (or a combination of both for that matter) on the singer, so hopefully he drops those details soon.

In terms of makeup, the legendary Lisa Eldridge gave Lipa a fairly low-key look consisting of rosy-pink lips, slightly bronzed, natural skin, and bold, brushed-up brows. The classic look highlights the star’s strong features — yet doesn’t take the attention away from the clothes or the hair.

To no one’s surprise, fans and fellow celebs alike seem to be loving Lipa’s look. Case in point: The stars’ comment section is laden with messages like, “WOOOOW 🔥,” “Let’s go🔥🔥🔥,” and “Love it Dua ❤️🙌🔥.”

In an official press release, Lipa reflects on being chosen as the new face of Versace. “I’m so thrilled to be working with the iconic house of Versace; getting to work so closely with Donatella and bonding over our shared love of fashion has been surreal,” she says. “Her partnership throughout this process has been an unforgettable experience. The images we’ve created together are even better than I could have imagined, we’re so excited to share them with you all!”

Congrats to the singer on a stunning campaign — and on trying out a new hair color. Anyone else feeling inspired to go red this season?