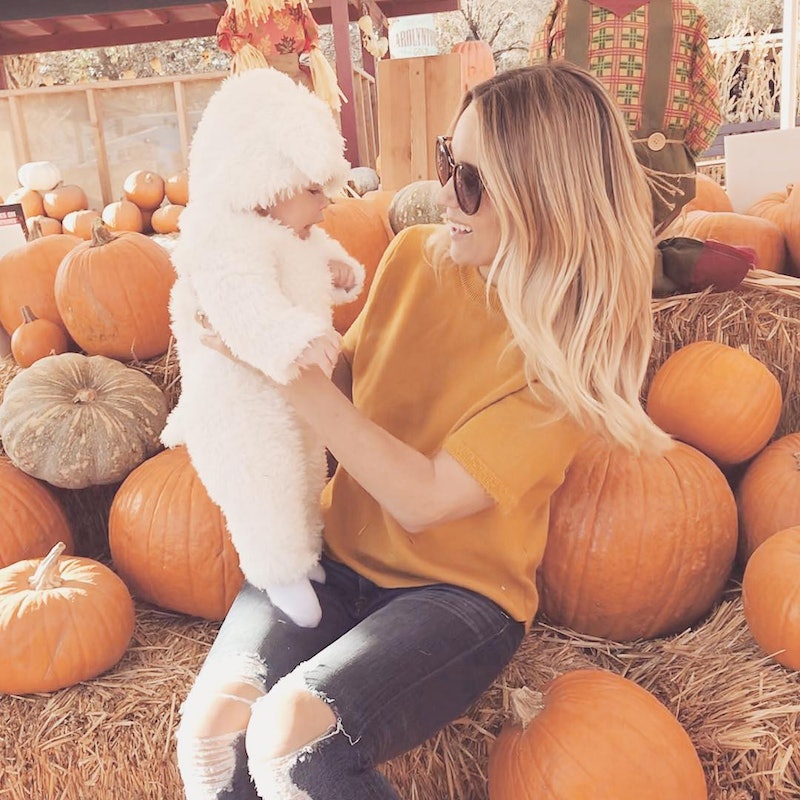 There are a lot of ridiculous things going on in 2017. Where this tweet from Spencer Pratt—who is apparently still a thing—falls on the spectrum of the year’s horribleness really depends on your moral compass. I’d personally rate it slightly above Ryan Murphy suggesting they replace Kim Cattrall in Sex and the City.

A bit of backstory: Spencer and Lauren Conrad have a long and storied history from their time as reality TV stars. Their feud was what you could call iconic, but less in a Bette Davis versus Joan Crawford way and more in the way you trash talked your ex-boyfriend after too much boxed wine in college. And even though it’s been more than ten years, Spencer still likes to stir the pot. (Reminder: Spencer is a person who has spent $10,000 on a crystal and has said the actual words, “Here’s some advice, definitely do not spend your money thinking asteroids are coming” because that’s something he did.)

Here’s the recent D.R.A.M.A. (patent pending). LC posted a photo of her son, Liam James Tell, dressed up like a lamb at a pumpkin patch. Objectively, it was adorable. Who What Wear posted about it on Twitter with a caption we assume was a rhetorical question: “Could Lauren Conrad have picked a cuter Halloween costume for her baby?”

That single period though. That’s the kind of shade I reserve for my boyfriend when he suggests getting Thai food for dinner even though he knows it makes me bloated.

And just in case you were thinking maybe Spencer misspoke or didn’t mean it like it sounded, we assure you he did. He took to Twitter again, clarifying in only 46 of the 140 characters allotted: “Im jus saying she tech could have picked cuter”

If I were a cop investigating shade, I would say the attention to detail in the follow-up tweet is proof this was a pre-meditated attack.